We want your help in removing prayers from all levels of government across the country!

It’s not just state and federal parliaments that recite prayers as part of official government proceedings; many local governments across Australia continue with this divisive, exclusionary practice.

As part of our #SecularGovernment campaign, we’re highlighting the problem of prayers and sermons being part of official government business. In recent weeks, we’ve published material from Brisbane City Council and neighbouring Redland City Council illustrating these practices.

But, with 537 councils across Australia, we don’t yet know how many other councils continue to privilege religion by including prayer rituals in their official meetings.

With your help, we’ll make a list of all the governments across Australia that continue to force elected representatives to take part in prayers during official government business.

We hope that the list will become a go-to resource for Australians who care about achieving separation of church and state.

THIS IS HOW YOU CAN HELP US:

National Secular Lobby president Peter Monk says the issue goes to the heart of who we are as a nation.

“Our Constitution states that governments should not make laws that impose religious observances. It is only through the technicality of the prayers being a standing order rather than a law that they survive,” he says.

“Many Australians are not Christian. A rapidly growing number of Australians say they do not have a religion at all. Yet, even when they attend their federal or state parliaments, or local government councils, they are asked to partake in Christian prayer rituals or, if they prefer, to leave the room during prayers.

“We don’t think it is acceptable for non-Christians who are elected by the public to be forced out of the room. All Australians have a right to religious freedom - including freedom from religion - and a right to participate equally in our government institutions. Our elected government bodies must start to respect this.”

This is another post in our #SecularGovernment campaign which is shining a spotlight on religious privilege in our armed forces. 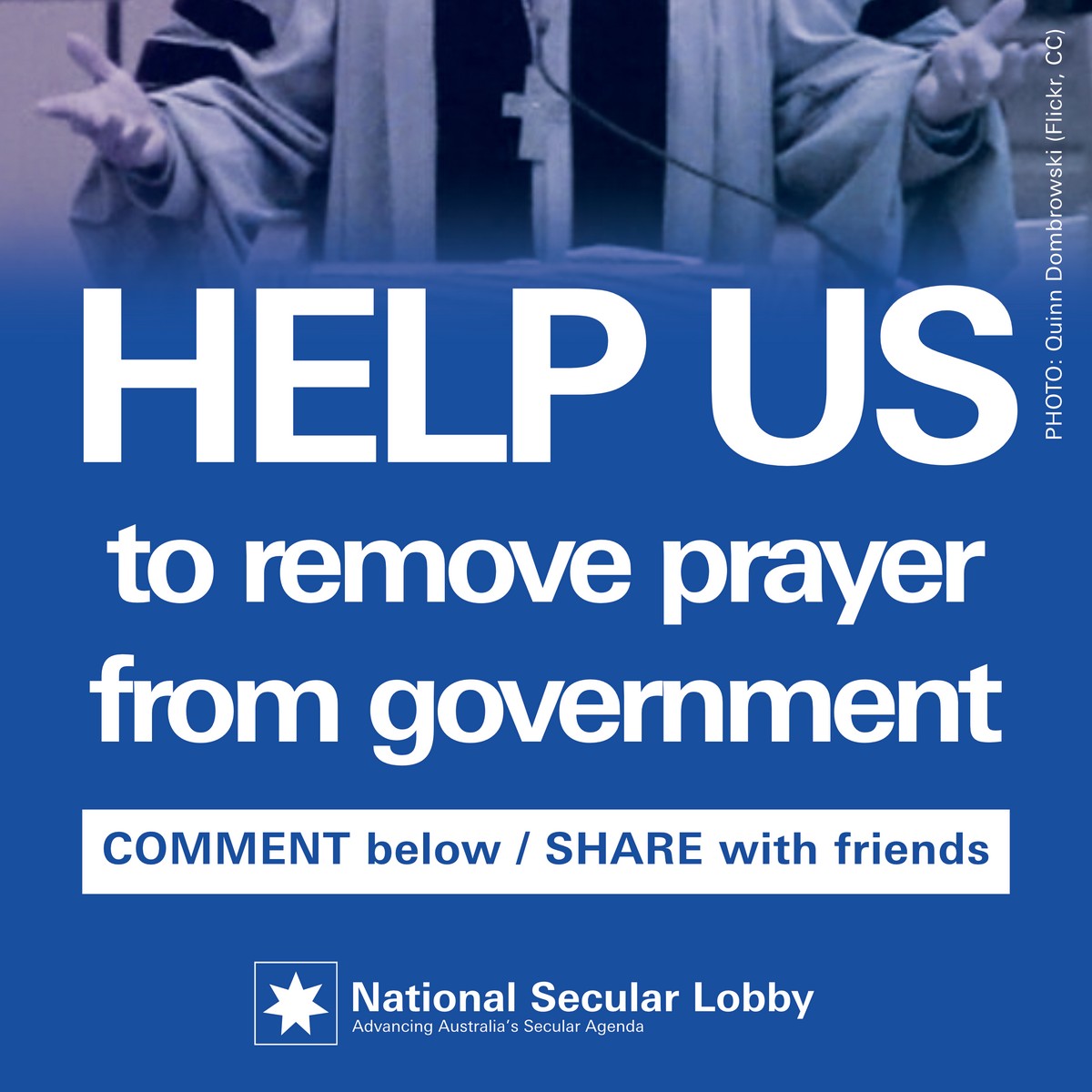 Governor-General David Hurley has given his support for the National Day of Prayer & Fasting despite the divisive policies of the organisers.