Note: Sadly, this is not an April Fool's post.

Leading our country through a pandemic crisis is someone whose religious beliefs have been exposed as being linked with people who are anticipating the 'end times'.

Three hours after publishing the video, Eternity News removed it from its website and social media pages, having received hundreds of comments from its followers, many saying that the prayer session was meant to be kept private.

The Prime Minister used his office at Parliament House to conduct a private prayer session last Sunday with Christians, including those from the ‘Canberra Declaration’ group, according to comments that had been posted on Eternity News’ Facebook page.

In the prayer session, Morrison says, "Heavenly Father, we commit our nation to you in this terrible time…” and he compares the COVID-19 crisis as “a moment like when Moses looked down at the sea and held up his staff”.

One person commenting on Eternity News' Facebook page before the video was removed said: “Yes, I received an email, as did many Christians from Canberra Declaration...to join a zoom meeting nationwide. We were blessed with the PM joining in for prayer.”

Another person said: “I believe the organisers asked everyone to keep the PM’s contribution private in order to protect him from any backlash.”

The National Secular Lobby discovered that a person involved in 'hosting' the prayer session also has an online ministry with a blog post talking about the coronavirus as pointing to the end times with redemption “drawing near”.

This event host wrote a public comment to Eternity News on Facebook yesterday saying: “This video is an unauthorised recording from our prayer event on Sunday and needs to be taken down ASAP.”

While respecting the right of political leaders to adhere to their personal faiths, Peter Monk, President of the National Secular Lobby, says it’s particularly disturbing for the Prime Minister to be dedicating his time to such groups at the extremes of society during a national emergency.

“The Canberra Declaration is a fundamentalist group who are against same-sex marriage, against abortion and the right of women to have legal control over their own bodies, and against the dignified death that voluntary assisted dying can provide to people,” he says.

“They claim to be in favour of individual freedoms and rights but, obviously, only if they are freedoms and rights with which they agree. It’s not appropriate for our PM to support a group who seek to limit and control the lives of secular Australians based on their own beliefs.”

Peter says Prime Minister Morrison is clearly allowing his personal faith to dictate his response to the coronavirus crisis.

“His personal beliefs, whether grounded on faith or philosophy, can and should guide his values, but his responsibility as the holder of the highest public office in the country goes beyond those personal beliefs,” says Peter.

“We need him to show compassion, solidarity and support for all of us, not just those who share his faith."

“Everyone is entitled to their personal belief, of course. And now more than ever hope for relief from this emergency is valuable and important. As a private citizen, Scott Morrison can pray as he likes. As our PM, representing Australians of all races, religions and beliefs, he should not be supporting one group of Australians over others.” 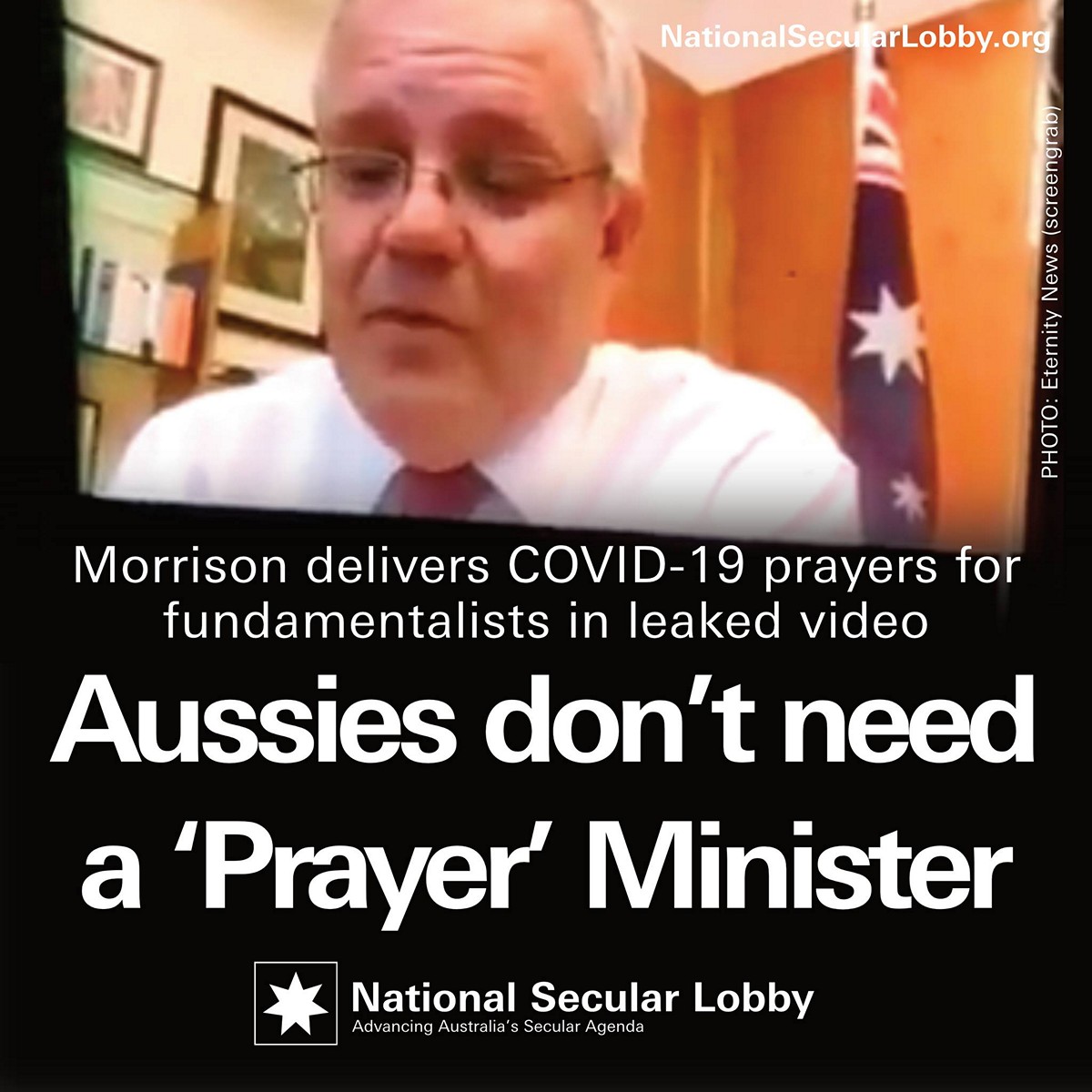