When Greens MP Abigail Boyd recently proposed changing the Christian prayers recited in the NSW Legislative Council each day to a minute’s meditation in which members “stand in silence and pray or reflect” on their responsibilities, the reaction from Christian faith leaders and lobbyists was entirely predictable.

Archbishop Anthony Fisher called it an attempt to “exclude religion from the public square”. The Australian Christian Lobby called it “an attack on Christians” and an “attempt to rewrite history and attack tradition”.

There’s a certain irony here. Christian lobbyists claim to believe in the fundamental importance of freedom of religion, yet at every opportunity they fight to retain the reciting of Christian prayers at all levels of parliament -- thereby depriving all non-Christian parliamentarians of their religious freedom.

You cannot claim to support freedom while simultaneously seeking to privilege yourself above others.

There’s nothing in Ms Boyd’s suggestion that would actually stop Christian MPs from praying, either; it would merely stop the prayer from being recited aloud. It’s hard to see how there’s any ‘exclusion’ if everyone is free to pray (or not) as they please.

In fact, it's only due to a technicality that the presence of prayers in parliament is not unconstitutional. Section 116 of the constitution prevents the Commonwealth from making any laws for "imposing any religious observance" -- which a parliamentary prayer clearly is; but technically, the reciting of the prayers is a standing order, not a law.

Traditions can certainly be meaningful but it doesn’t mean we have to unquestioningly hold on to them in perpetuity. Our parliament should not resist change simply for the sake of resisting change. As the number of those who identify as Christian drops below 50% (if recent trends continue, it will be around 46% in the 2021 Census), we must ask what this means for parliament’s representation of the people.

John Dickson, a former Minister and (then) co-director of the Centre for Public Christianity, wrote in 2014:

“If a majority of Australians and their representatives no longer believe that there is Someone on the other end of the prayer-line, then of course the Lord's Prayer should be dropped from Parliament. Christians despise hypocrisy (at least in theory). Merely pretending to pray, as a piece of historical theatre, is something no Christian should want to see continue.”

It’s ironic that even as we look down the barrel of the Morrison government’s over-zealous Religious Discrimination Bill, we still have a daily parliamentary routine that favours one religion over others. If the government was serious about religious freedom, removing Christian prayers from parliament would be a good place to start. 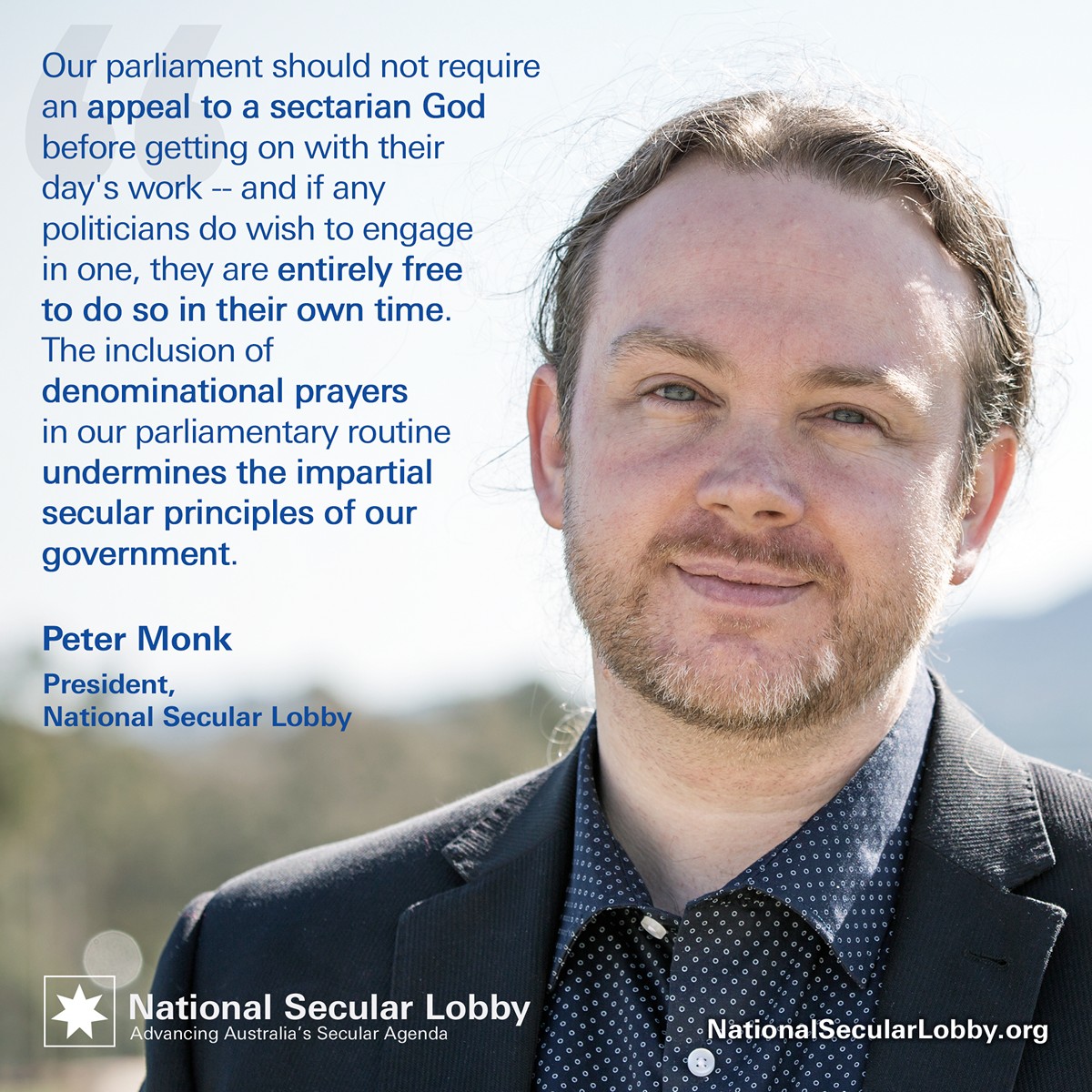