On the website of the National Day of Prayer & Fasting, the organisers boast of having the support of Governor-General David Hurley for the event that they held at Parliament House in Canberra last Saturday. And, if you browse through the website a bit further, the organisers lay out their reasons for holding the event.

Australia, which they describe as a nation that 'needs to find God', requires “Revival and Transformation...with Jesus Christ as Lord.”

Also, the organisers' top policy priority is to see government protect marriage as being "between a man and woman, to the exclusion of all others."

Prior to the event, the Governor-General shared a video on the National Day of Prayer & Fasting's social media, saying he would be, in particular, praying for those affected by the bushfires.

Peter Monk, President of the National Secular Lobby, said he was disappointed to see the Governor-General associated with the views espoused by the event organisers.

“The Governor-General of Australia should be promoting harmony, not division, in our community,” he says.

“It’s hard to believe that the Governor-General, in this instance, could not have known the political views of the organisers behind this event, given that all this information had been detailed on the event website and given that, according to his own website, he had discussions with them earlier in February.”

Peter says it’s particularly troubling to see such high-level support for groups that are actively seeking the rise of religious law in Australia.

“I think the vast majority of Australians would wish to see national leaders supporting the principle of secularism, which protects people of all faiths and people of no faith equally.” 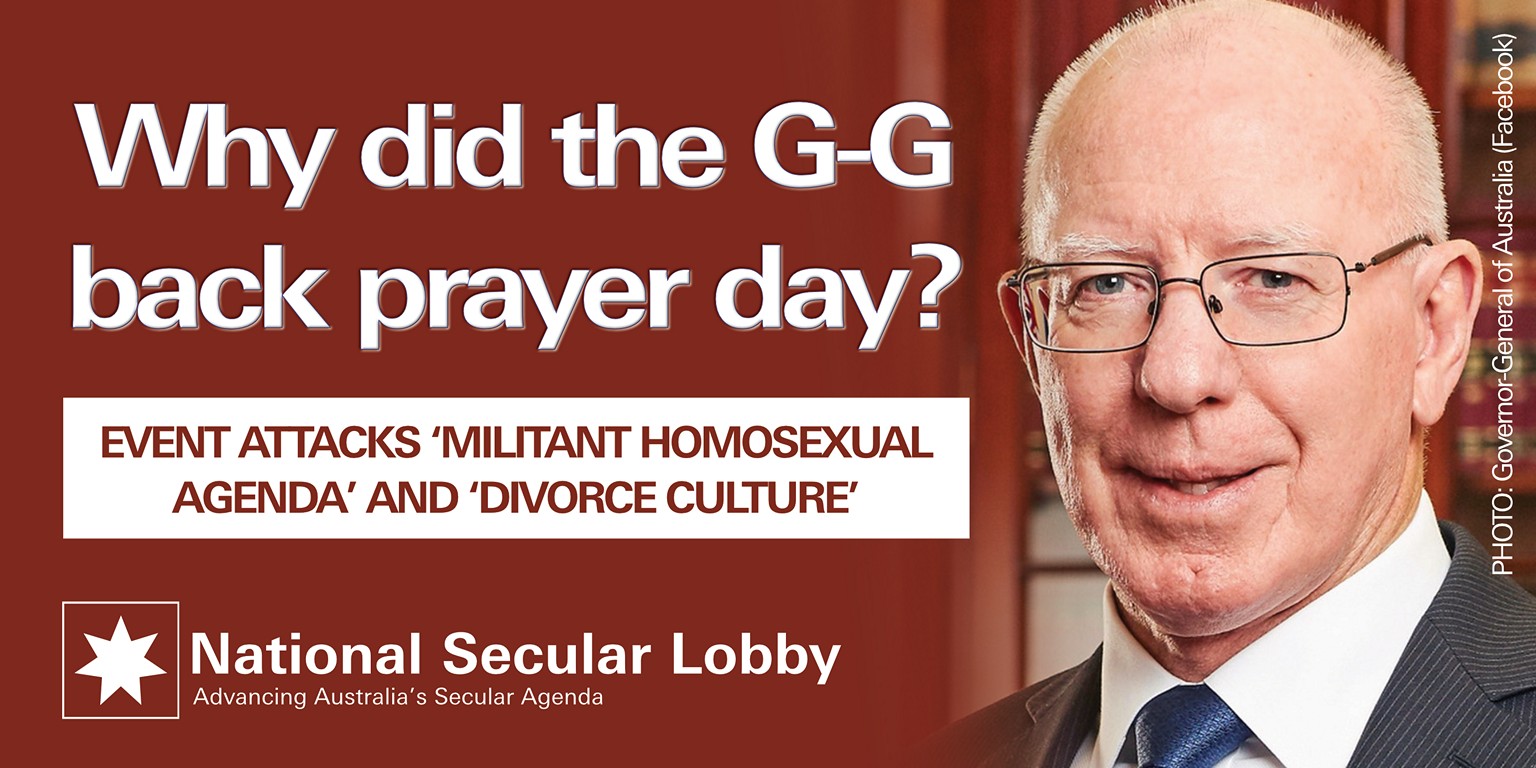