Having advocated for the introduction of non-religious roles in the Navy’s Chaplaincy Branch earlier this year, Principal Chaplain Acton has told the National Secular Lobby of his enthusiasm for starting the recruitment process for the new Maritime Spirituality and Wellbeing Officers (MSWOs).

The soon-to-be-advertised roles will help the Navy to better serve the needs of its service personnel, the majority of whom are not religious.

“With the Navy’s workforce increasingly identifying as non-religious, these new positions will allow Navy personnel and their families to seek pastoral support from non-religious caregivers.

“An MSWO attends to individuals, listening with all senses and providing much-needed support by forming a caring relationship with navy members and their support networks. An MSWO is expected to create a non-judgmental environment in which people can address any work or life issues, and explore healthy responses to the challenges of life.”

In July, we reported how Principal Chaplain Acton’s testimony that theological degrees did little to prepare religious chaplains for the provision of pastoral care in the modern ADF was crucial to ushering in the MSWO roles.

Previously, the employment of only theologically trained chaplains resulted in some personnel and their families being reluctant to seek support. Evidence to the Defence Force Remuneration Tribunal showed that chaplains were spending 95 per cent of their time on non-religious pastoral care and wellbeing support.

Despite the same trends being found in the Army and Air Force, so far only the Navy has made any progress in adapting to the need for non-religious pastoral roles.

Candidates interested in becoming an MSWO will need at least a bachelor’s degree and two years of work experience in a human services role.

“In addition to the academic qualifications and the professional work experience, a full-time MSWO will be required to pass a rigorous five-month New Entry Officers Training course, with particular emphasis on leadership and physical fitness,” says Principal Chaplain Acton.

Anyone interested in joining the Navy Chaplaincy Branch as an MSWO is encouraged to contact the office of Director General Navy Chaplaincy via email on nsc.dgchapn@defence.gov.au. 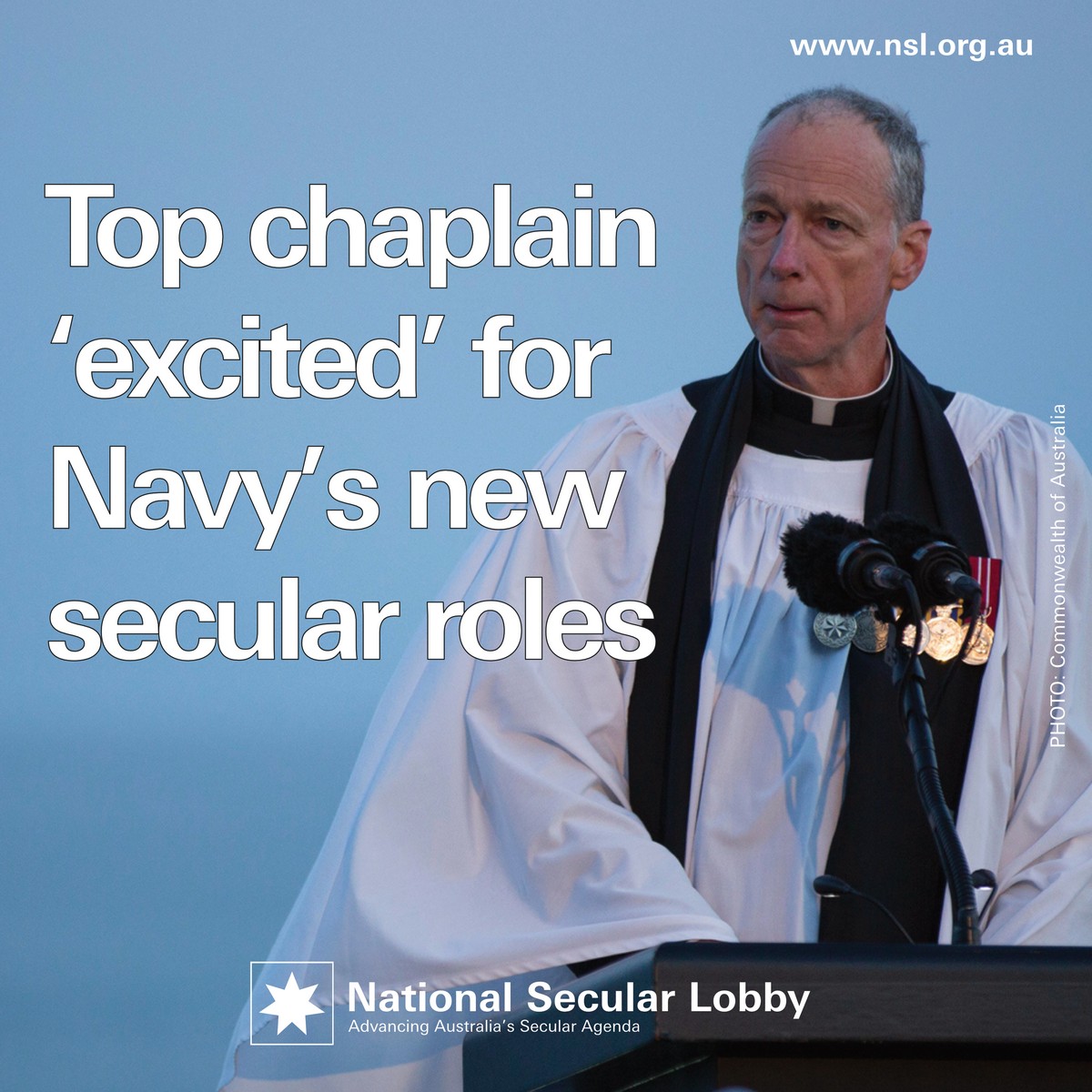 Roy Arnott OAM, former Army Reservist, shares his experience of religion in the armed forces as part of “Stand Up For Secularism”.

Justin Murray, Humanist Chaplain, shares his experiences as part of “Stand Up For Secularism”.