Hobart councillor Jax Ewin is concerned that the dominance of religious rituals in Anzac Day services and other days of commemoration will alienate the rapidly-growing section of society who are not religious.

Having made headlines last year for questioning the appropriateness of Christian rituals dominating their local Anzac Day service, Cr Ewin has spoken with the National Secular Lobby about the need for a national conversation on the issue.

“I believe that, since we have a national day to remember the tragedy of war and those killed by it, the very least we can and should be doing is ensuring the commemorative ceremonies are inclusive and reflective of our diverse, modern community,” says Cr Ewin.

“If we want Anzac Day to remain relevant to people of my generation and younger, we absolutely need to transition to secular services

“Many people of my generation and younger – and some older, too – have spoken to me saying that they feel alienated by the religiosity of Anzac Day, Remembrance Day, et cetera. And I don’t think that is acceptable.

"We all have equal stakes in remembering the atrocities of state-sanctioned violence. We must learn from our collective experiences and mistakes, lest we repeat them.”

Cr Ewin says a broader conversation is required about the dominance of religious traditions in our public holidays.

“We are a supposedly secular nation. But, when just about all of our commemorative days are monopolised by Christian traditions, it does not serve our whole community. It serves only a small – and shrinking – part of it,” Cr Ewin says.

“Traditions and ceremonies are culturally important, but only to a point. We need to constantly question and reassess the suitability and appropriateness of traditions and cultural activities, lest they become increasingly irrelevant.”

The National Secular Lobby’s Peter Monk encourages other political leaders to reflect on how commemorations such as Anzac Day can become more inclusive and better reflective of our contemporary society.

“Some people have a view that Anzac Day must be commemorated in a particular way, and that any attempt to change that is an attack on Anzac Day itself, which is certainly not the case -- just the opposite, in fact," he says.

“Increasingly, our society and, indeed, our military personnel, are becoming non-religious. It would be a shame for more and more Australians to feel alienated by the religious nature of services such as Anzac Day."

Cr Ewin has also been working to achieve better recognition of the Aboriginal community in Anzac services in Hobart, concerned that their contribution and history has been overlooked. 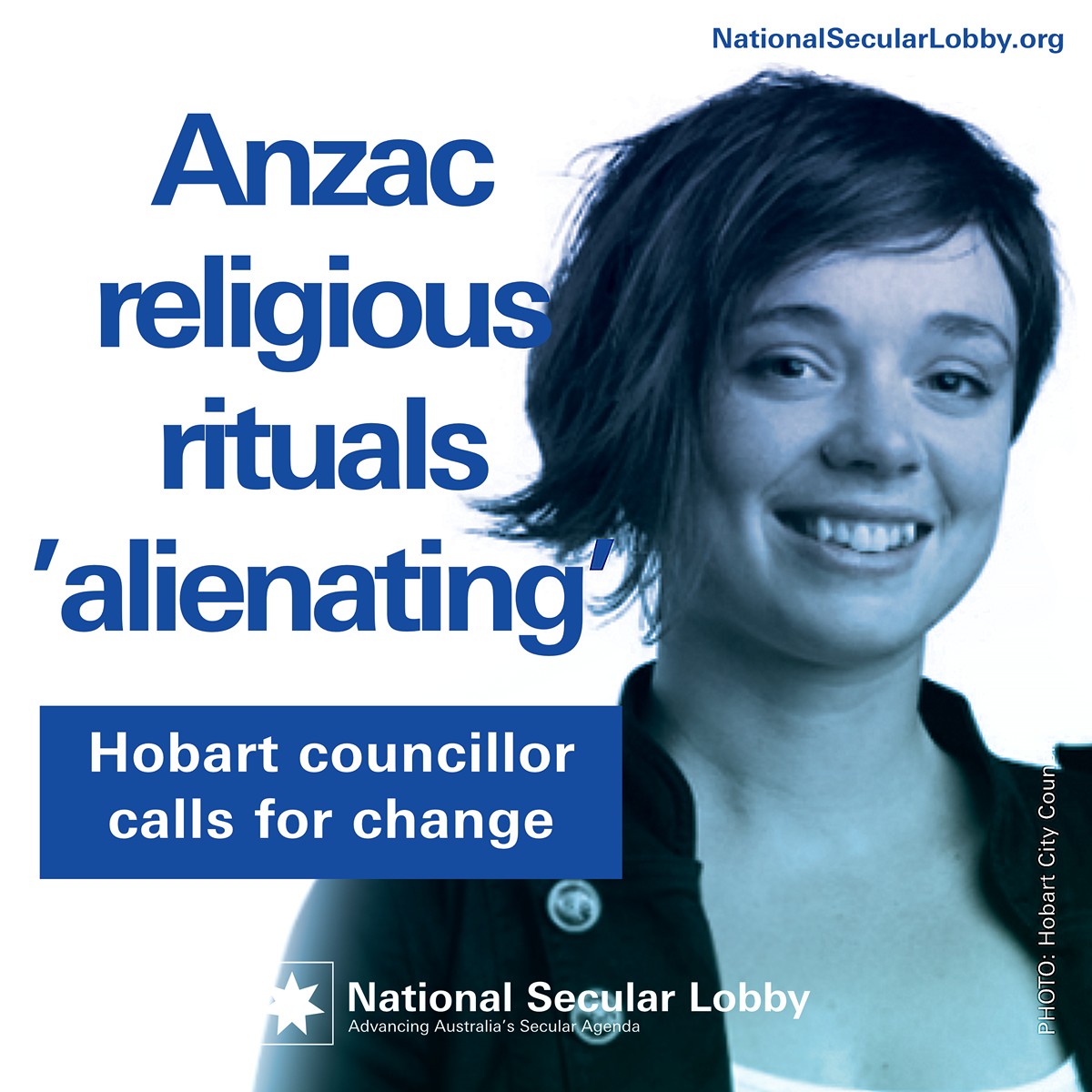