I see my role as a humanist chaplain as being someone who can help people hold hope and help them to add and keep meaning in their lives. I can provide a humanist approach to providing pastoral care, love and compassion.

In 2017, I became interested in seeking employment in the Australian Defence Force (ADF) to serve as a chaplain for the many non-religious servicemen and women. But, under the rules, only certain types of Christian and Jewish chaplains can to be employed in the that role.

To become an ADF chaplain, you must get approval from the advisory board of the military’s chaplaincy service. They have a weird rule that you can’t apply unless there is someone on the board of your denomination. So I’m stuck. I can’t be certified as part of a denomination because I don’t belong to one that they recognise.

I sought clarification from the board and asked them, ‘Would you accept my application as a humanist to serve other humanists in the ADF?’ They wrote back: ‘No. We wouldn't accept your application and we wouldn't endorse you. Besides, there are no humanists here.’ That was their initial position.

I followed up with, ‘Well, my work includes talking to people who may be atheist, agnostic, humanist, sceptic, scientific sceptic, pagan, pastafarian, secular, buddhist’ – I named all types of non-religious identities. I said, ‘Can you confirm that there is no-one in the ADF in any of these categories?’

After several months, I got a letter from the Minister of Defence Personnel. He said a number of interesting things. The main thing he said was that, within the ADF population, 53 per cent identified as ‘no religion’. So that is a number much bigger figure than zero! But he went on to say, ‘Their needs can be serviced by the religious chaplains.’ So that was the trigger for me make an application.

I applied to all three branches – the Air Force, Army and Navy – to become a humanist chaplain. Within my application, I identified that the appropriate minister had recognised there was a population for me to serve. I asked: ‘Would you accept my application?’ They came back with a blank: ‘No; we will not accept your application because you don't belong to one of the faith traditions on the board.’ My next question was: ‘Can you give me a waiver in this case and remove that requirement of belonging to a particular faith tradition?’ And they said ‘no’.

I filed a complaint with the Australian Human Rights Commission, and it was accepted as a breach of the Human Rights Act and of an International Labour Organization clause that says a person can’t be discriminated against based on religion. The human rights commission has assigned a mediator, so the first path will be to mediate.

In terms of what will happen, there are two options. The military’s advisory board could say, ‘Yes, we will accept your application and waive the requirement to be recognised.’ That would be a great outcome. It would open the door for myself and other denominations. If they say ‘no’, then I have to go down the legal path. So it would then move to the supreme court. A failure there would trigger the right to go to the High Court, where it would be argued on the basis of the Australian Constitution. The Constitution has a section which refers to religious tests. It’s a four-way test, with the last of it being you can’t have a religious test for a position which is funded by the federal government.

The issue of military chaplaincy is just one thing; but it is a important thing. Religions have been doing it exclusively. For me, it’s about being heard. The religious people in those chaplaincy services would like nothing more than for people like me to go away and be quite. My refusal to do that is, I think, an important course of action. 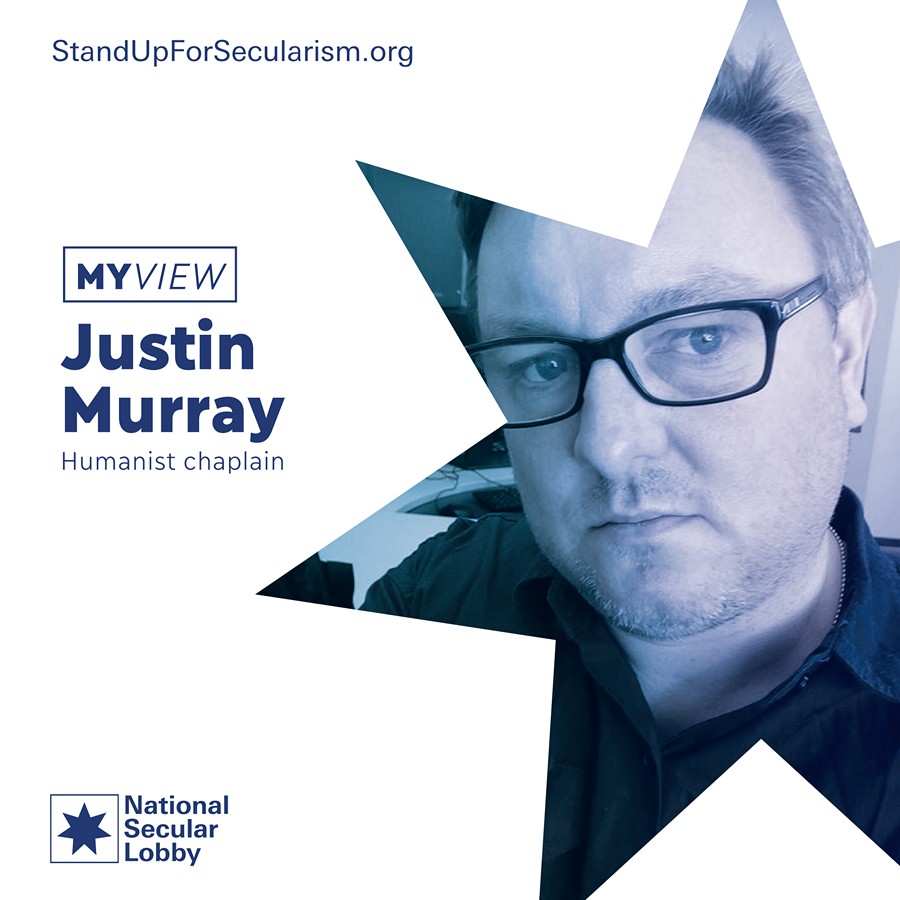