Anzac Day services are traditionally dominated by Christian rituals and liturgy, but some Satanists are out to change that.

Noosa’s Temple of Satan, headed by Robin Bristow (pictured), has written to RSL Australia, RSL Queensland and the Australian War Memorial seeking an equal opportunity for the religious beliefs of Satanists to also be reflected in the services.

While preferring that Anzac services be made secular so to be inclusive of all Australians, Robin says the Morrison government’s proposed Religious Discrimination Bill opens the door for other religions, including Satanism, to have a role on Anzac Day.

Typical Anzac services often include Christian rituals such as a call to worship, hymns, a Bible reading, a prayer for peace, the Lord’s Prayer and a blessing.

“If Anzac Day is to retain a religious component then Australian Satanists request that we are granted equal access to all future services,” wrote Robin in his letter.

“We are aware that the proposed federal Religious Discrimination Bill will protect and guarantee our rights in this regard.”

With this year’s Anzac services set to be conducted online due to the COVID-19 pandemic, Noosa’s Temple of Satan supplied a prayer and a virtual wreath of black roses for the organisations to include in their telecasts.

Peter Monk, president of the National Secular Lobby, believes it is time for Anzac Day services to become more secular and inclusive of all Australians.

“Instead of Anzac services being dominated by Christian rituals, or being opened up to all kinds of other religious beliefs under new ‘religious freedom’ laws, we think the religious aspects of the services need to be minimised,” he says.

“The Anzacs represented -- and died for -- all the people of Australia and New Zealand, and our recognition of their sacrifice should reflect that. To frame our remembrance of the Anzacs in relation to a particular religion is unnecessary and threatens the ongoing relevance of the Anzac story.” 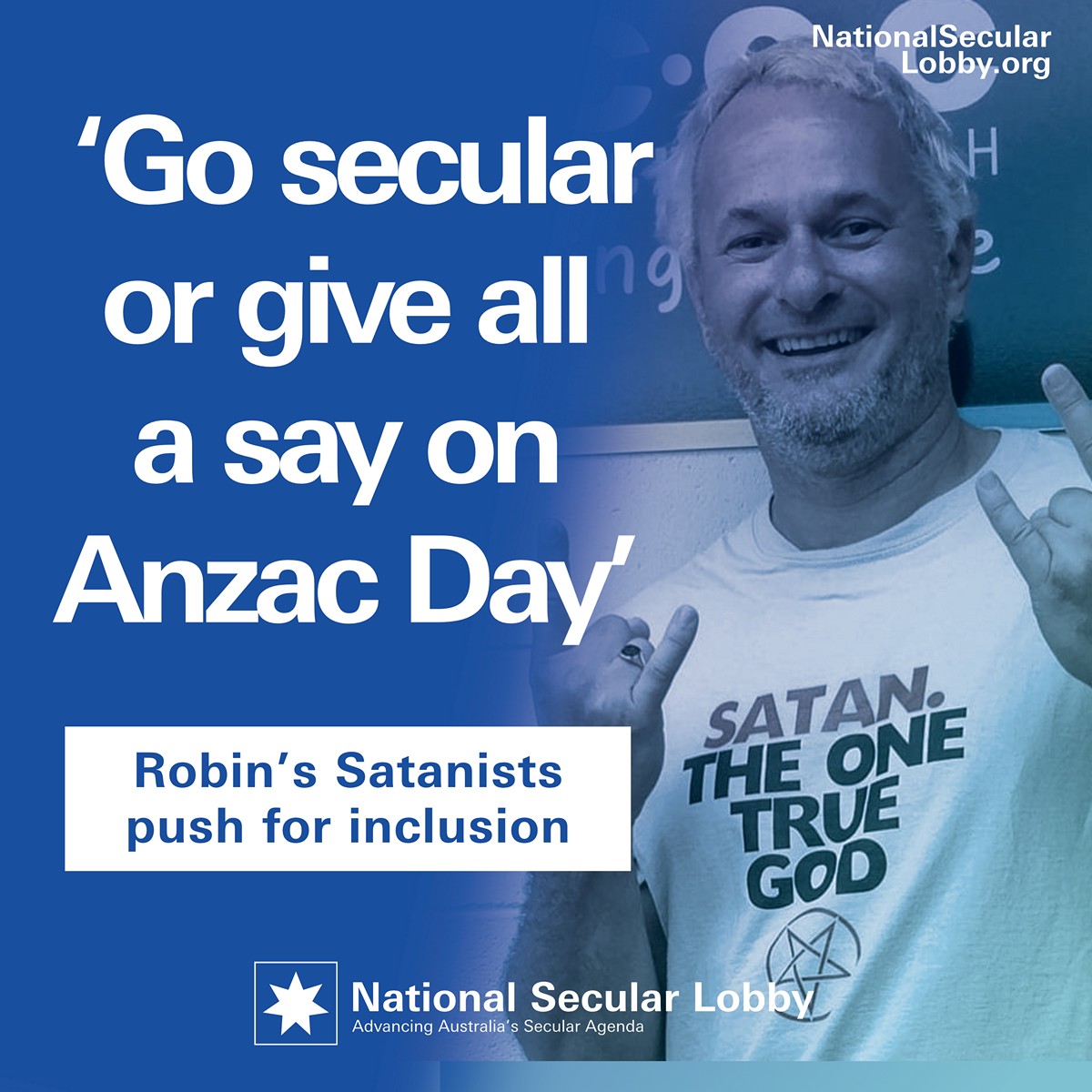