I’m pleased to stand up for all those military men and women who are non-religious or are atheist and who, while serving our country with pride, are faced by a military culture of institutionalised Christianity.

I enlisted in the CMF – later the Australian Army Reserve – in 1959 and retired as a Warrant Officer Class 2 in 1996.

It started on Day 1. When I enlisted back in 1959, we got to the question on the form about religion. I said that I didn’t have any. The attestation officer said: “You have to be something; I will put down ‘Church of England’.” Later, when I knew a bit more about things than the average recruit, I had my file corrected to read ‘no religion’.

Institutionalised Christian ritual is the default condition for Army culture, traditions and ceremonial. The thrust of the Defence Force policy on religious practices is to facilitate the exercise of religious practices by those wishing so to do. This is quite a reasonable purpose with which there is no quarrel. However, freedom of religion has a corollary – freedom from religion. It is in this area where the Army’s policy is a little under-developed.

Special occasions provide an opportunity for members to take part in ecumenical worship on days of special significance to the ADF. On the face of it, it seems reasonable that members should be able to organise religious ceremonies they consider fitting to mark important events concerning their regiment. However, in practical terms, a religious ceremony becomes the default.

Commemorative events are described as occasions of national importance when it is appropriate to conduct a ceremony of remembrance. ANZAC Day ceremonies are normally in the form of Christian services. Again, I find myself being ‘led’ in religious rituals in which I have a total disbelief.

Organised religion’s hold on Australia’s norms is waning. The culture of the ADF should reflect this. 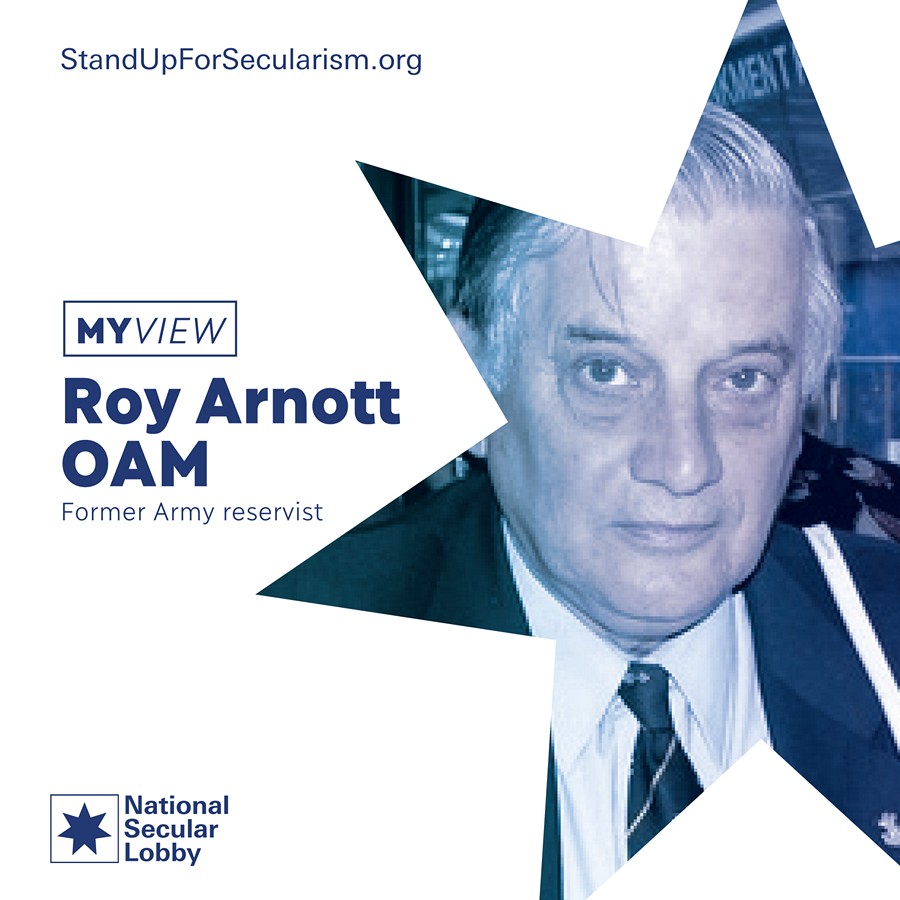