A showdown is looming at next Tuesday’s Mornington Peninsula Council meeting as two Christian councillors will seek to overturn a decision to remove the recital of prayer from official proceedings at the Victorian council.

In early December, the National Secular Lobby declared the council’s 6-5 vote to scrap the prayer from opening council meetings as a win for secularism. Read our coverage here.

But two councillors, Antonella Celi and Hugh Fraser (pictured), have told the local media that they will seek to undo the decision.

They will move a motion to revoke the decision that replaced a Christian prayer with a secular pledge for councillors to act in the best interests of the community.

As the National Secular Lobby understands, the moving of this revocation motion means that all councillors will be required to observe the original prayer one more time before voting on whether or not to revoke the decision to remove the prayer.

The move to re-impose prayer is believed to have angered some councillors who wanted it gone.

During the last debate in December, Councillor Kerri McCafferty gave a rousing speech arguing that the imposition of a Christian prayer on all members of council, regardless of their religious or non-religious affiliation, was inappropriate and an affront to separation of church and state. Watch her speech here.

Councillor Anthony Marsh had moved the original motion to replace the prayer with a secular pledge, arguing that it would be a “small change to remove an exclusionary practice that has no place in government”.

While the majority agreed to change the wording of what is said to make it a pledge, the Governance Rules still lists the item on the agenda as a ‘Prayer'.

At next Tuesday’s meeting, Councillor Fraser will argue that community approval is required before changing the ‘prayer’ to a ‘pledge’.

Cr Celi told the local media that the council needed the community’s input before removing the prayer.

“Not one of the councillors was elected on a mandate to make this change,” she said.

“I am most concerned about the precedent for future decisions. What’s the next thing that will be changed without community consultation?” 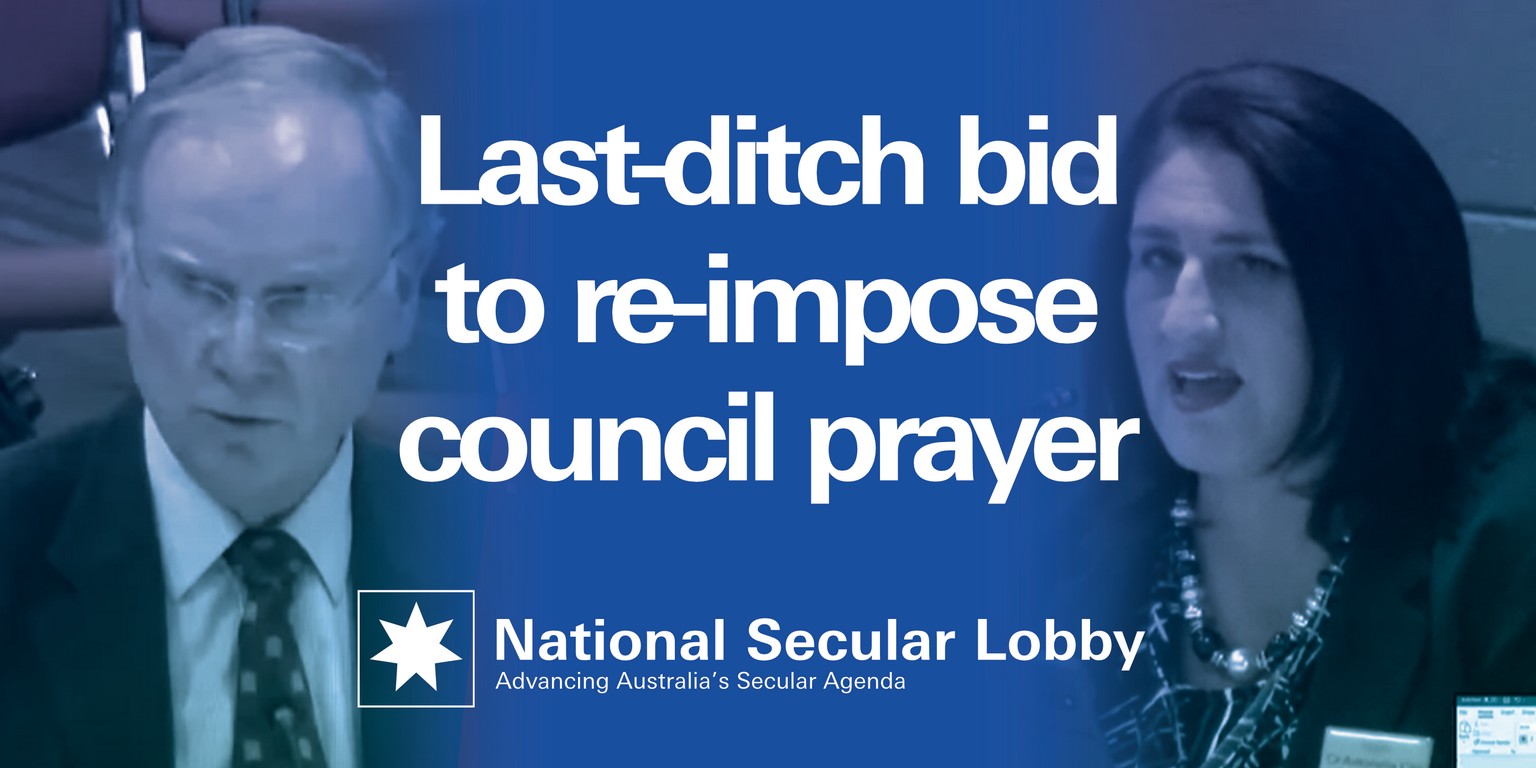