Tonight’s push to remove Christian prayers from council meetings at the Mornington Peninsula Shire in Victoria has succeeded!

Councillor Anthony Marsh’s motion to replace the prayer with a secular pledge for councillors to act in the best interests of the community triumphed in a 6-5 vote.

“The Mornington Peninsula council has taken a positive step in making its practices better reflective of its diverse community. Removing the prayer is a statement of how the council serves its population – people of all religious beliefs and people of none,” said Peter, moments after the vote was held at about 11.05pm.

“Sadly, the national parliament, all of our state parliaments and many local councils continue to impose the prayers on people who are elected to those bodies.

“We hope the decision by the Mornington Peninsula council will help to raise awareness across the country of the importance of this issue and inspire secular-minded parliamentarians and councillors to follow suit in bringing true inclusivity and representation to their institutions.”

The Mornington Peninsula Shire is the first council or parliament to be removed from our list of government institutions that impose prayers on elected representatives. 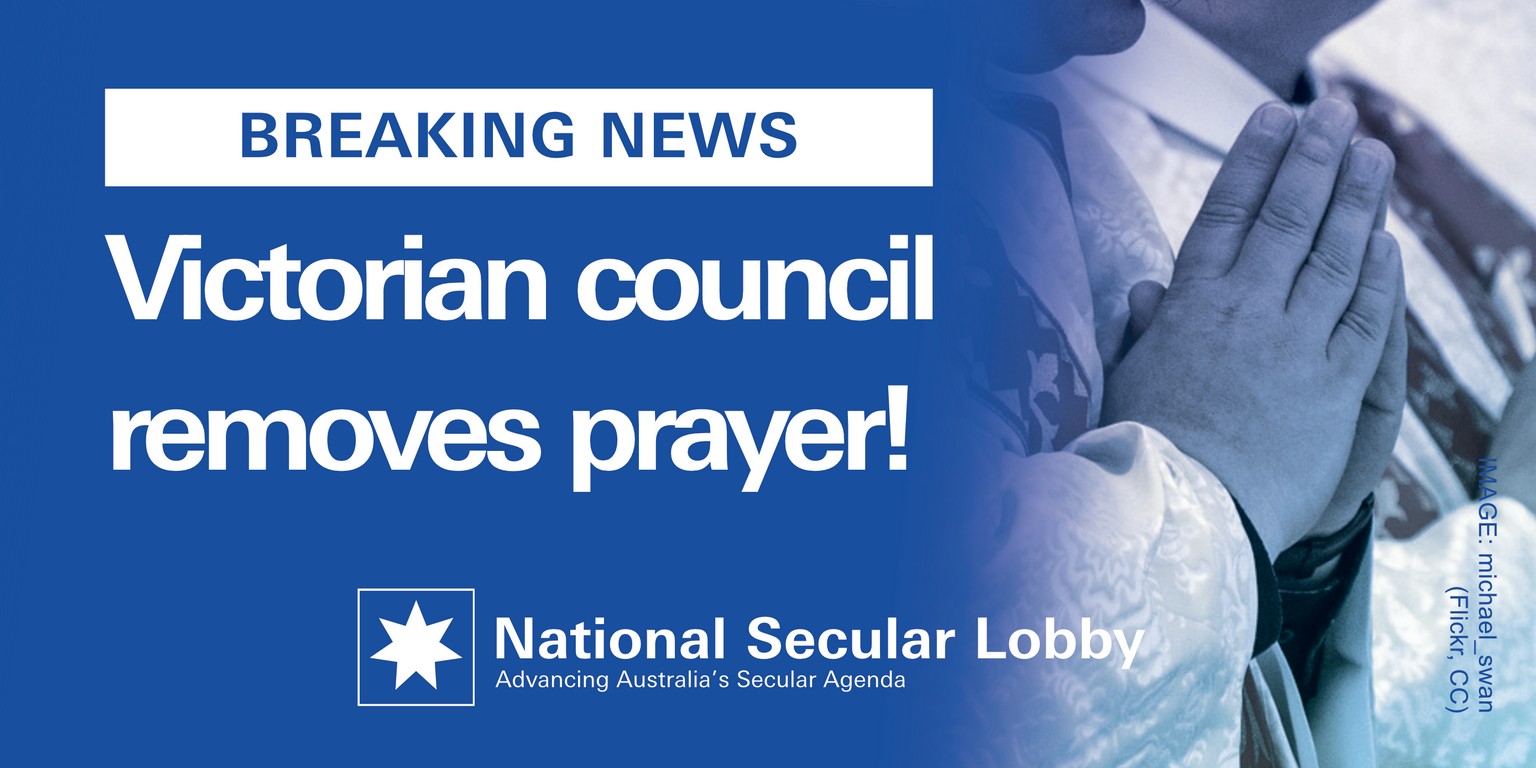