New figures released today confirm a rapid increase in non-religious personnel in the Australian Defence Force (ADF) and provide further ammunition for those calling for the “overtly Christian” institution to secularise.

In a census of permanent ADF personnel taken in 2019 and released by the Department of Defence today, 56% of personnel identified as not having a religion.

This represents a significant increase on previous Defence Census results, when 37% marked ‘no religion’ in 2011 and 53% did so in 2015.

Despite the fast-changing demographics in its ranks and in the broader community, the ADF continues to provide a privileged place for Christianity in many ways, such as in ceremonies, through the largely Christian chaplaincy roles and the taxpayer-funded Religious Advisory Committee to the Services (RACS).

In a 2016 journal article about religion in the armed forces, then Army Colonel Phillip Hoglin described the ADF as an “overtly Christian” organisation that needed to adjust to be more inclusive of people of no religion and of minority faiths.

Earlier this year, the Navy took some steps toward better meeting the needs of its people by introducing secular Maritime Spirituality and Wellbeing Officers (MSWOs) in its chaplaincy branch. However, the other two branches – Army and Air Force – are yet to follow suit.

In making the case for secular chaplains, the Navy’s top chaplain argued that theological degrees did little to prepare religious chaplains for the provision of services in the modern ADF, with 95 per cent of their time being spent on non-religious pastoral care and wellbeing support.

The RACS is a statutory body appointed by the government and made up exclusively of 10 religious ministers who are paid up to $778 per day to advise the ADF on theological matters. With each member of this committee working a minimum of 40 hours a year, they receive at least $31,000 per year from taxpayers.

On Anzac Day this year, we highlighted how former non-religious ADF personnel described feeling alienated by the overly religious nature of commemoration ceremonies. 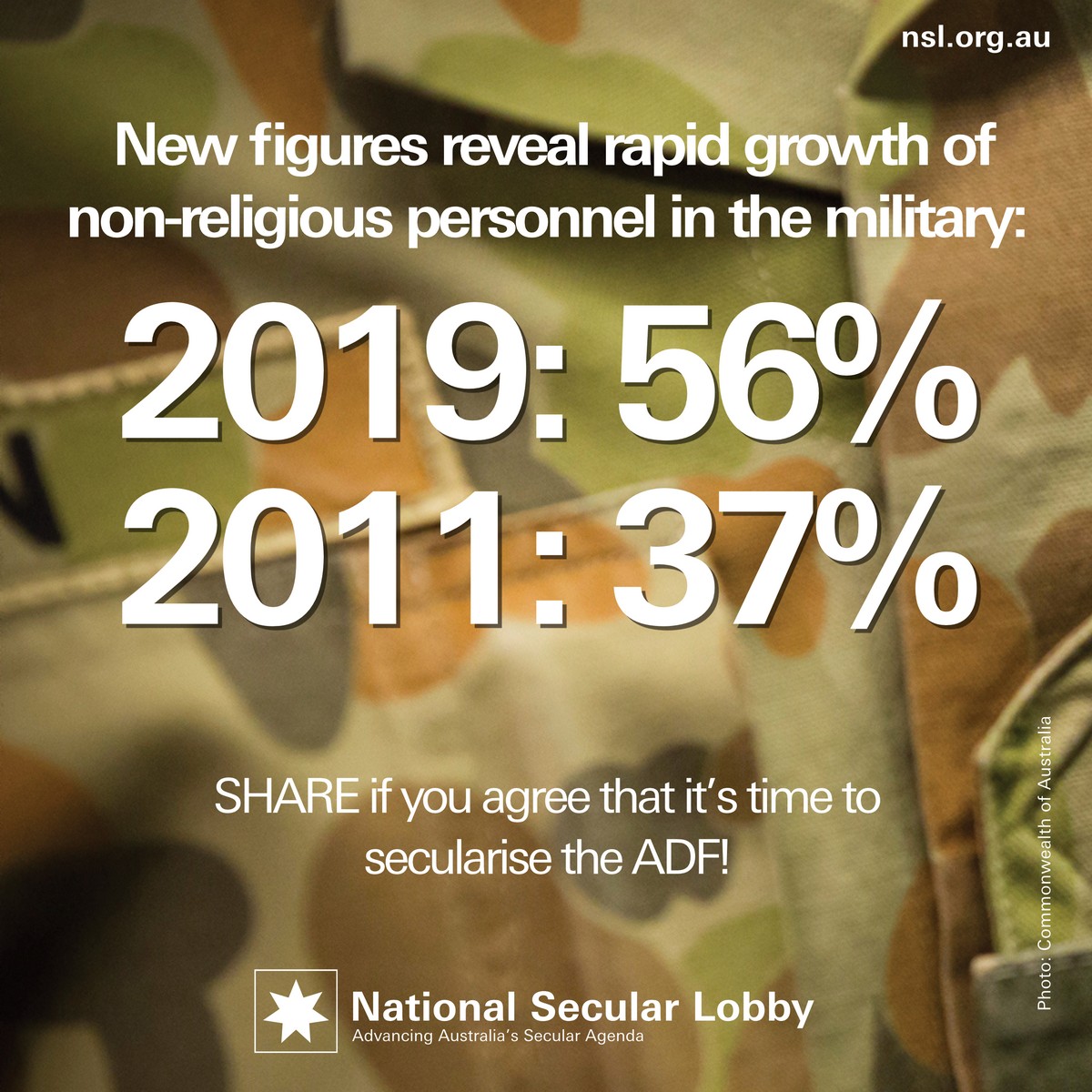