A few months after Justin dropped his complaint to the Australian Human Rights Commission about the exclusively religious-based nature of chaplaincy positions in the ADF, the Navy has opened its chaplaincy program to secular chaplains.

The Navy announced last week that ‘Maritime Spiritual Wellbeing Officers’ would soon be introduced so it could better meet the pastoral care needs of the rapidly growing number of non-religious service personnel.

Officers in these ‘spiritual’ roles, however, will still have to wear a rank insignia that says ‘For God and country’.

Meanwhile, the Army and Air Force have yet to announce similar measures to secularise their pastoral care support, even though the majority of their service personnel do not have a religious affiliation.

The new Defence Census, the public release of which has been delayed since April, is tipped to show upward of 60% of ADF personnel identifying as having no religion – a steep rise from 53% in 2015 and 37% in 2011.

Justin, who was turned away from applying for chaplaincy roles in the ADF because he wasn’t from a recognised religion, has welcomed the Navy’s policy change.

“Religion has been good at holding hope and providing meaning for the religious. With religion in decline, other options are needed for those who don't identify with any religion,” he told the National Secular Lobby.

“Everyone is worthy of compassion, loving care and a non-judgmental listening ear, not just those who are religious. This can be offered through humanist chaplaincy or another secular option. This is why I am overjoyed and filled with awe that the Royal Australian Navy will now employ Maritime Spiritual Wellbeing Officers.”

National Secular Lobby president Peter Monk says the new policy is a step in the right direction but that further change toward secularising the entire ADF is necessary.

You can read Justin’s story here. 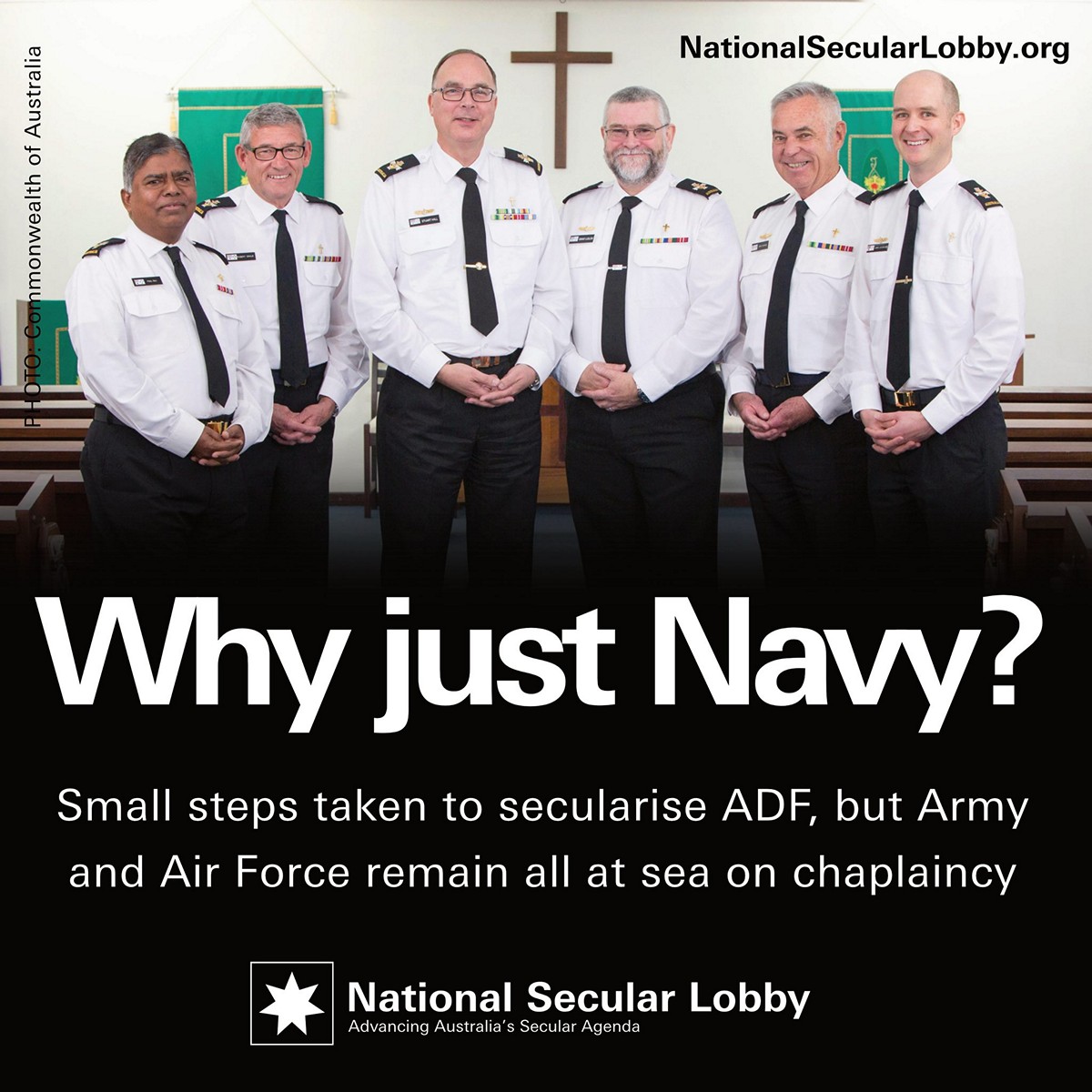