In the absence of politicians willing to speak up for the secular majority instead of cowering to a loud minority of religious lobbyists, it's great to see that so many secular Aussies are starting to step up and take a stand.

Here’s an overview of upcoming protests and current petitions calling for Australians to unite against the Morrison government’s draft Religious Discrimination Bill.

Share this post with your friends, your family, your classmates, your colleagues and your pets, and let them know how they can stand up against the expansion of religious privilege in 2020!

[And, of course, if we have missed anything, let us know.]

Emma Linton’s petition calling for the bill to be stopped has gathered almost 70,000 signatures.

David Jones’ petition calling for a human rights bill to protect all instead of a religious freedom bill that protects some has attracted almost 15,000. 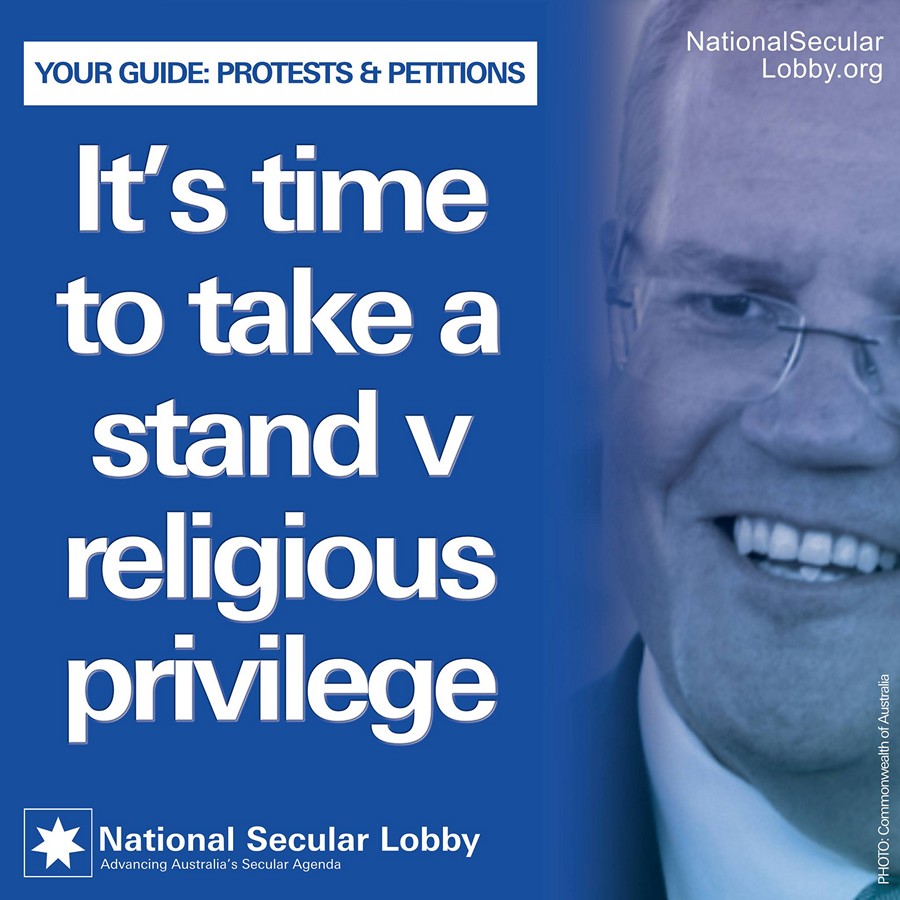