Greens MP Abigail Boyd has today spearheaded an effort to remove the Lord’s Prayer from the proceedings of the Legislative Council in the New South Wales parliament, arguing that the Christian ritual is not representative of modern society.

In session this morning, she moved a motion to replace the prayer with a moment of silence for members of the chamber to reflect on their responsibilities to the people of New South Wales.

The motion was rejected the majority, including non-religious members of the upper house Mark Latham of One Nation and Trevor Khan of The Nationals.

In speaking to the motion, Boyd said that replacing the Lord's Prayer would make the Legislative Council more respectful of the state's diverse population and would better reflect the secular nature of the country.

“We can set an example here today by encouraging respect in the public sphere for people of all religions and, indeed, those of no religion,” she said.

She also argued that imposing a single-faith ritual on all elected members of the parliament was an exclusionary practice.

“The Lord's Prayer is not relevant to every member of Parliament in this place. As a person who is not of Christian faith, I have two choices on every morning of sitting day: I either stand outside, excluded from the opportunity to participate in a key formality of the Parliament; or I stand inside the Chamber, falsely participating in a ritual that is not mine to participate in, betraying my own beliefs and devaluing those of others.”

“By privileging one religion over all other beliefs, our elected governing bodies are continuing to show a disregard for the need for freedom of religion - and freedom from religion - for all Australians. It also demonstrates how out of touch they are with Australia’s secular majority, who want a complete separation of church and state in the business of government,” he said.

“A moment of silent reflection would be a more appropriate way for parliamentarians to contemplate their duty. Indeed, in a recent interview with us, ACT Chief Minister Andrew Barr recommended it as a better model for other parliaments.

“We urge politicians at all levels of government in Australia to continue the push to remove single-faith prayers from their official proceedings.”

As part of our #SecularGovernment campaign, we're building a list of the parliaments and councils that enforce the recital of prayers as part of their official government business. Check out the updated list here. 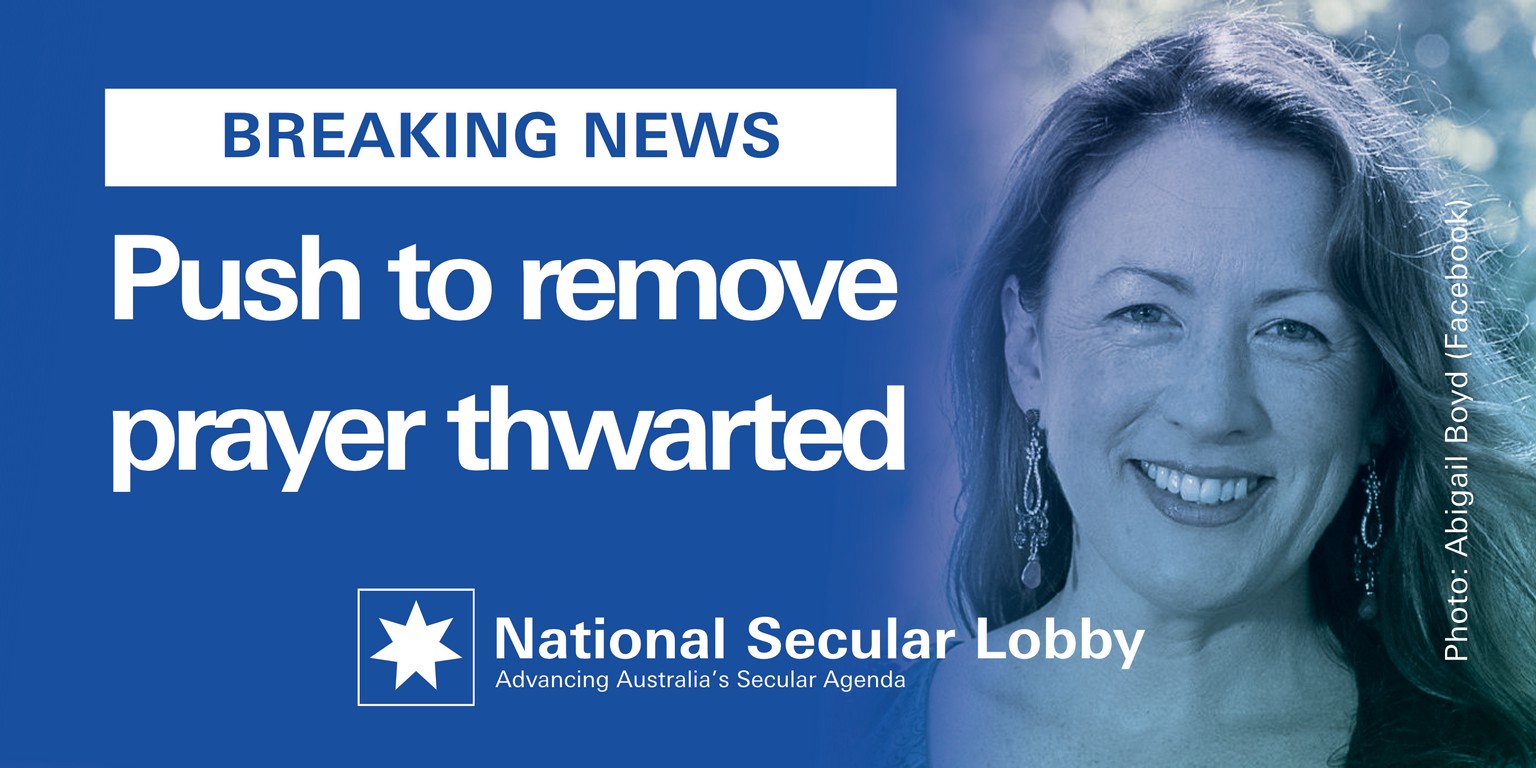