Councillor Gartner has told the National Secular Lobby (NSL) that her council, which is located on the south coast of New South Wales, now faces a test on the “real value of religious freedom”.

While reciting a Buddhist prayer to open a meeting in September, some councillors interjected and then ruled that only Christian prayers could be recited as part of official proceedings.

“Real religious freedom celebrates the diversity of religious faiths and non-religious beliefs, and the opportunity for learning about being human that this diversity gifts us.

“Our successful multicultural society has always benefited from the contribution of people from diverse religious backgrounds.”

Councillor Gartner identifies as a practitioner of secular Buddhism, having began her journey in Theravada Buddhism more than 30 years ago and continued to practice meditation, compassion and mindfulness on a daily basis.

“It’s a system of personal inquiry based in meditation and compassion practices, and valuing insight over dogma,” she said.

In sharing the NSL’s video of the incident on social media, Shoalhaven Mayor Amanda Findley commented that she was “horrified” by the response of one councillor interjecting and another walking out.

“I agree with the Secular Lobby – government is there to make policy, not to proselytise,” she wrote.

Councillor Gartner was confident that, given the amount of outrage this issue had generated in the community, momentum would build for change in the new year.

“I would encourage all people who are concerned about Shoalhaven Council diminishing the value of diverse voices, including non-religious voices, to let councillors know about it,” she said.

If you missed our earlier reporting on this issue, you can watch the video here. 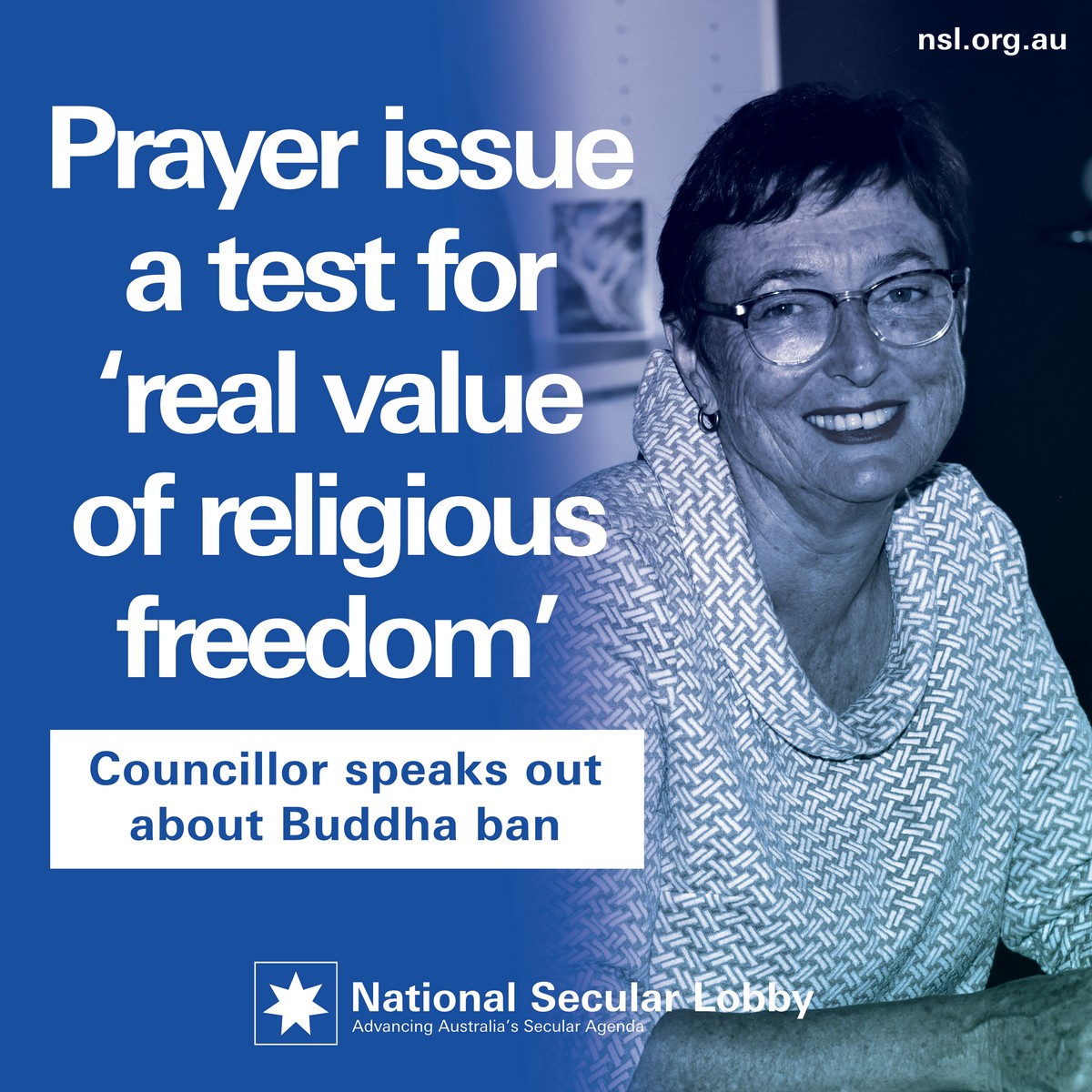