Anthony Marsh is a councillor on a mission today to make his council more inclusive and representative of his local community.

At tonight’s Mornington Peninsula Shire meeting, he will seek to remove “exclusionary” Christian prayers from the official proceedings of council meetings.

Having narrowly been defeated at last month’s meeting when he requested that the issue be debated as a matter of urgency, Cr Marsh has given the appropriate notice that he will move a motion to remove the prayer.

Councillor Marsh told the National Secular Lobby (NSL) yesterday he was "hopeful" of winning majority support of the 11-member council.

If he succeeds, the Victorian shire will become the first council or parliament to be removed from the list that we have been building of government institutions that impose prayers on elected representatives.

Councillor Marsh said that his motion simply aimed to make his council more inclusive and better reflective of the broad diversity in the community.

“I’m hopeful that my colleagues will understand that this is not an issue of majority representation or a broader debate about religion, but rather it is a small change to remove an exclusionary practice that has no place in government,” he said.

“It’s not appropriate to require participants in council meetings to observe a religious practice that they do not believe in.”

Councillor Marsh is optimistic of getting the support of the four councillors who voted last time to make the issue a matter of urgency – among them being actor Paul Mercurio. That leaves him requiring just one more vote to succeed tonight.

The motion proposes to replace a Christian prayer with the following statement:

“We pledge that this Council will act in the best interests of the entire Mornington Peninsula community. We will conduct our deliberations and make decisions with an open mind and on each item’s individual merit. We further commit to carry out our duties impartially and in good faith, treating each other with respect, dignity and kindness, and at all times, acting in accordance with the Councillor Code of Conduct and Governance Rules.”

Cr Kerri McCafferty is one member of council who will be voting in favour of removing the prayer.

She told the NSL earlier today that it was necessary for government to uphold the principle of secularism and to promote inclusion.

“I feel extremely uncomfortable that prayers are spoken in my workplace on my behalf and, specifically, about the work that I do,” she said.

“I do not subscribe to those beliefs. It simply isn't appropriate to assume the belief system of councillors.

“My workplace is, in fact, a place of formal government proceedings. I firmly believe that religion and government should be separate.”

Watch the livestream from 7pm AEST today on the Mornington Peninsula Council website. 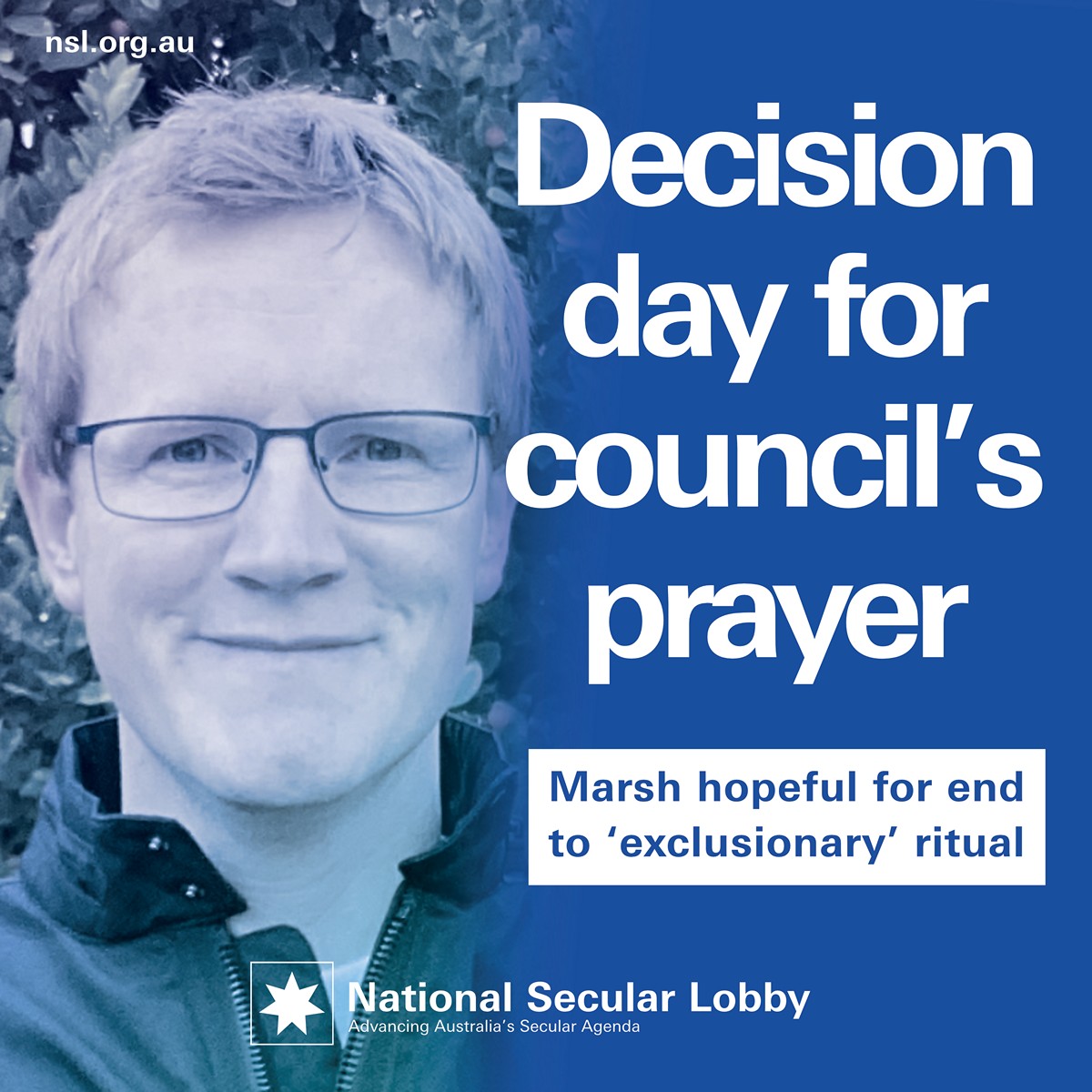