Redland City Council’s ‘Devotional Segment’ features exclusively Christian pastors and community figures leading the city’s councillors in sermons and prayer, despite 40 per cent of citizens there being of other faiths or not religious.

A review by the National Secular Lobby of Redland council meetings from the past three years revealed that all those invited to take part were Christian pastors or representatives from Christian organisations such as the Salvation Army.

Although councillors recently claimed that these devotional segments were only five minutes in duration, several lasted up to 10 minutes.

The exclusive nature of the practice contradicts the council’s own vision statement as detailed in its ‘Redlands 2030 Community Plan’, which outlined the council’s desire to promote “an egalitarian and inclusive community”.

In addition, the council’s own standing orders that govern official proceedings do not require that only Christians be allowed to lead the ‘Devotional Segment’. Instead, it merely provides that “an invited person leads the local government in a brief devotional segment”.

National Secular Lobby president Peter Monk says the Redland City Council appeared to be merely paying lip service to the ideas of diversity and inclusion, and not putting those ideas into practice when it was within its power to do so.

“Far from promoting an inclusive environment, the council is excluding its non-religious and secular-minded ratepayers, as well as those of other religions,” he says.

“We hope people living in the Redland Council will take this issue up with their local councillors. The council should be representative of all of its citizens, not just some.”

Neighbouring Brisbane City Council is currently embroiled in a debate over its practice of opening with Christian prayers, with an online petition calling for the removal of prayers gathering hundreds of supporters.

This is another post in our #SecularGovernment campaign which is shining a spotlight on religious privilege in our elected government institutions.

Do you live in the Redland council area and want to see prayer removed from council meetings? We encourage you to start a petition or contact your local councillor. 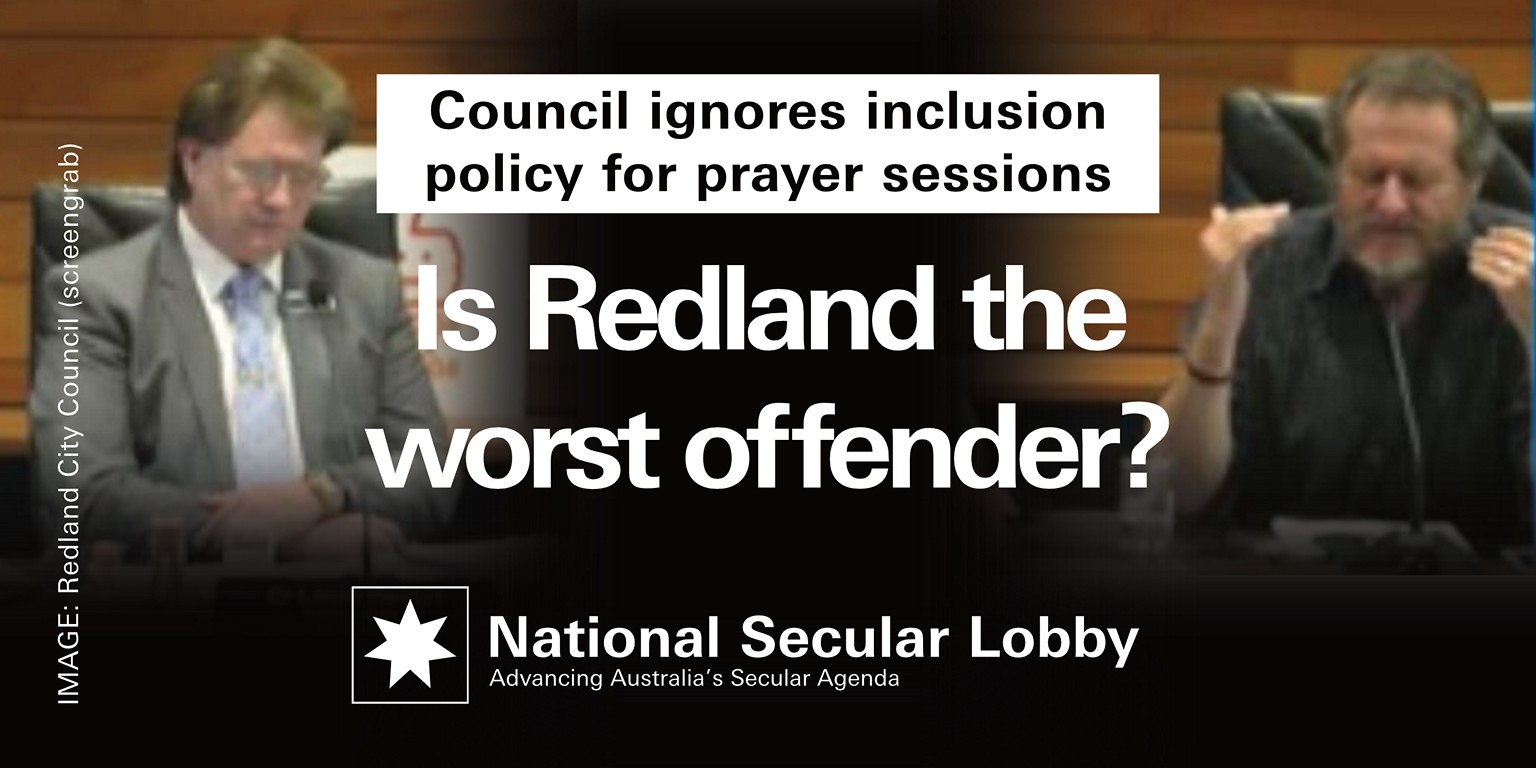 NSL Ambassador Luke Beck appears on Mornings with Nadia Mitsopoulos on ABC Perth to discuss the legality of prayers in local councils.

NSL Ambassador Luke Beck appears on Drive with Heidi Murphy on 3AW Melbourne to discuss the legality of prayers in local councils and the issue of prayers in parliament generally.

The Mornington Peninsula community will now have a say on whether it approves of replacing a religious prayer with a secular pledge to open its local council meetings.

A showdown is looming at next Tuesday’s Mornington Peninsula Council meeting as two Christian councillors will seek to overturn a decision to remove the recital of prayer from official proceedings at the Victorian council.

As we say goodbye to 2020, we want to leave you with this video of what we think was possibly the best pro-secular speech in Australian politics this year!