While secular Australians have been completely ignored by the Morrison government in the drafting of its Religious Discrimination Bill, it’s important that we don’t shy away now.

Time is running out to make a submission to the government’s second exposure draft, with the consultation period closing tomorrow (Friday 31 January).

Peter Monk, President of the National Secular Lobby, says it’s vital for secular Aussies to speak up now to help inform the wider public of the threats to secularism and equality posed by the draft legislation.

"When the Discrimination Bill is introduced into parliament later this year, the discussions that take place will, to some extent, be influenced by how the public have responded to the exposure drafts."

"Even if we are ultimately unsuccessful in stopping the Bill, we still have an ability to change the narrative. The headlines in the press could read, ‘Discrimination Bill passes with no resistance’, or they could read, ‘Controversial Bill passes amid protest’."

"The more visible dissent there is, the harder it will be for Morrison to justify what he wants to do. If we are to stand up to this terrible legislation, we need the latter headline to be the one hitting newspapers should the Bill pass parliament."

"Every single voice of dissent is important. There is still time to make a difference by making a personal submission, writing to your MPs and senators, and getting involved in protest rallies."

"We must make sure our elected representatives know that we do NOT agree with this legislation." 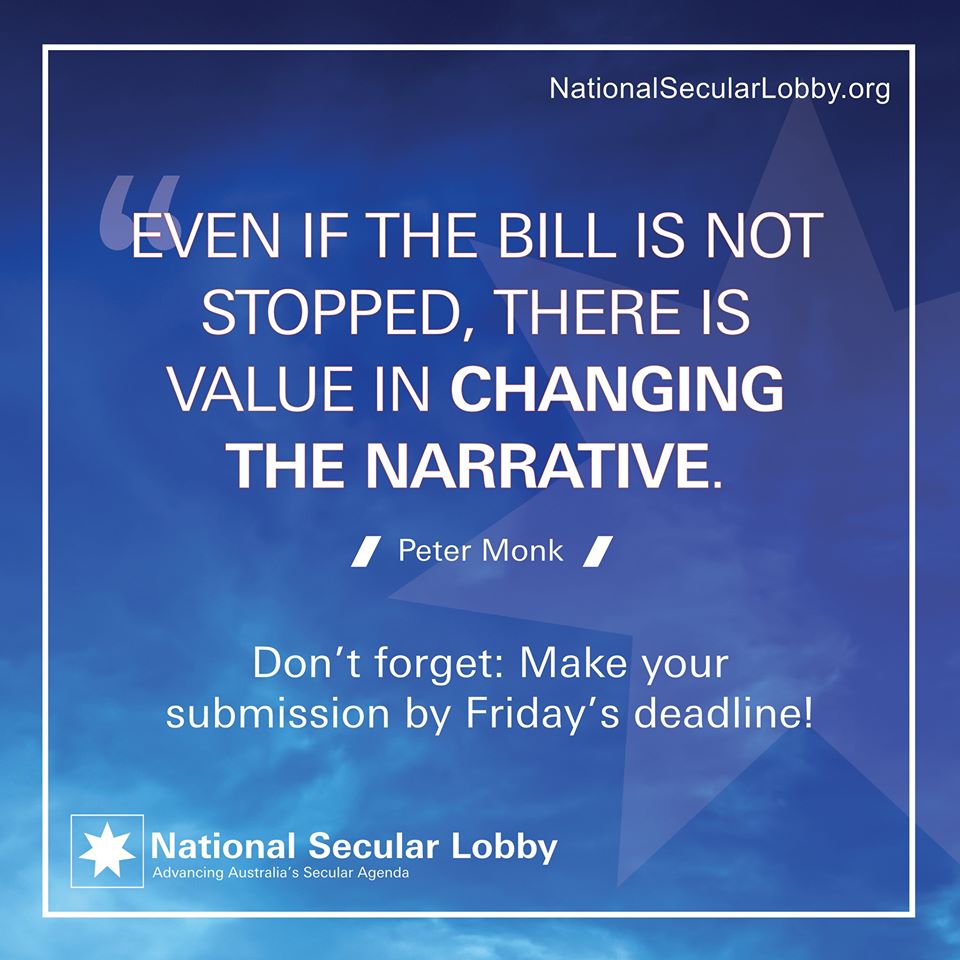