The privileged status of religious Australians above and beyond the non-religious will be stark in workplaces across the country if the Morrison government gets its way with the Religious Discrimination Bill.

While hiring and firing practices will greatly disadvantage the non-religious in large swathes of education, health and aged-care and housing sectors, these same people will also become second-class citizens according to what they can or can’t say.

In expressing ‘statements of belief’, religious people will be free to say what they please whenever and wherever – over the water cooler or on social media – without the fear of punishment from their employer.

“Under this legislation, if I wrote a Facebook comment stating ‘all Jews are evil’, I could quite rightfully lose my job, as this Act would not afford me any protection because my view would be based on my own prejudice,” says Carrick Ryan, a former federal agent and now political commentator.

“If I were a Christian, however, and shared on my Facebook the bible quote John 8:44 – ‘Jews are the Children of Satan’ – even if my boss was Jewish, they couldn’t fire me, because I could link it back to a genuinely held religious belief. It is a ‘statement of belief’.

“Morrison’s Religious Discrimination Bill touts fairness, but at its core, it creates a two-class Australia, one that places the religious above everyone else.”

While Carrick believes there are legitimate debates to be had on absolute freedom of speech and whether it is right for employers to punish someone for social media posts outside work hours, he is concerned that the proposed draft goes too far in deciding these.

“What is not right is that this legislation has gone ahead and drawn a line on these topics, but only for some Australians – only the Australians that happen to have a belief in a supernatural being. The rest of us are left behind,” he says.

We thank Carrick for allowing us to use some of the comments from his opinion piece in The Big Smoke recently. Read the full article here. 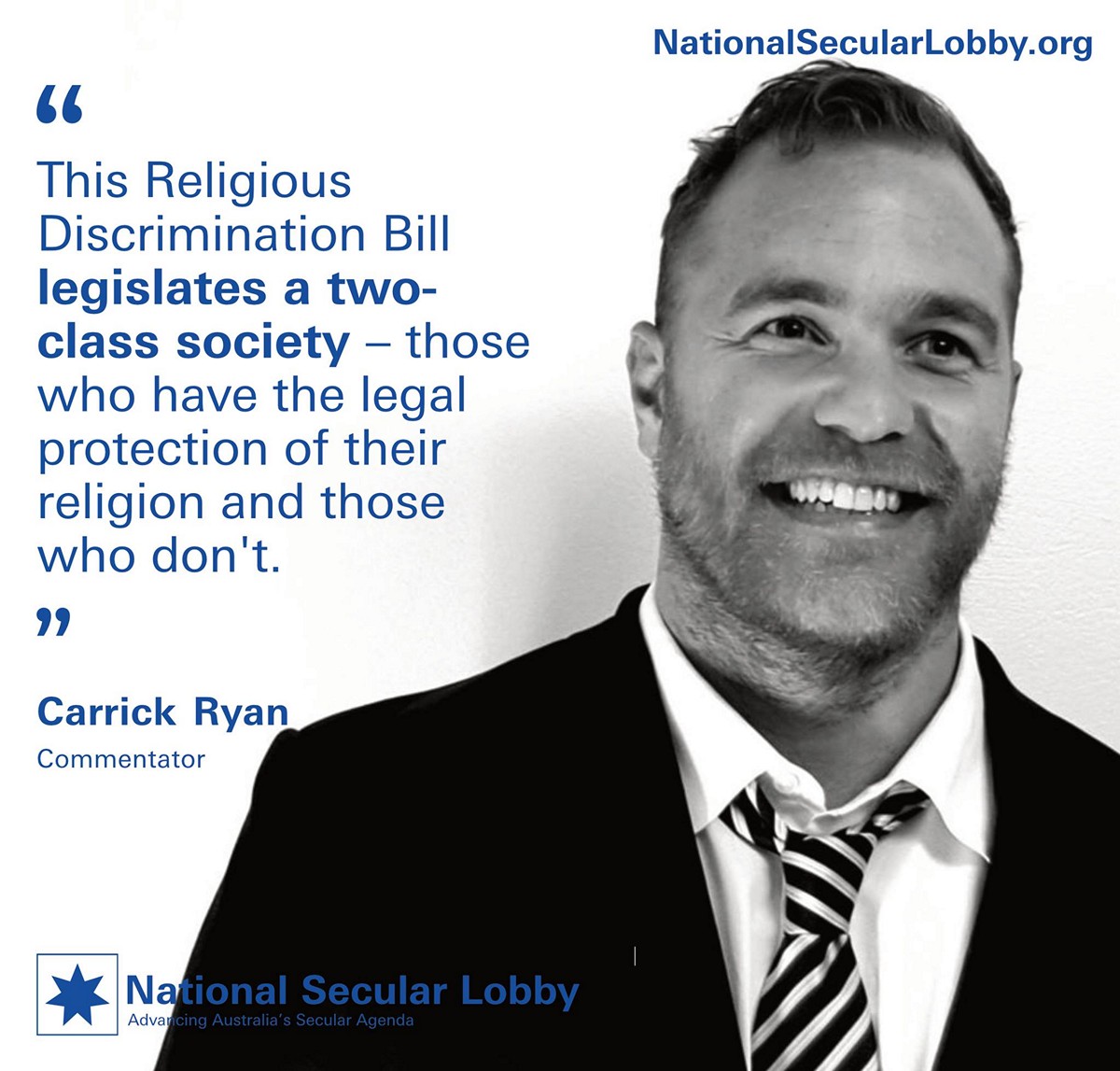