Given that 30 per cent of the nation’s population reported ‘no religion’ at the 2016 census, becoming the largest ‘religious’ section of society for the first time, it’s about time for the media and politicians to provide an equal opportunity to atheist groups to be heard.

In a submission to the government’s Religious Discrimination Bill, the Atheist Foundation of Australia (AFA) and Sydney Atheists have outlined why they consider the draft legislation to be “anathema to a tolerant and cohesive society” and why it risked causing “new, and possibly extreme sectarianism, the likes of which we have never seen before in this country."

Adam Reakes, president of the AFA, told the National Secular Lobby that a key concern with the Bill was the sense of a double standard in which religious institutions and people of faith would have far more privileges under the law than non-religious Australians.

“This proposed Bill seeks to empower the more extremes of religion at the expense of those who are moderately religious or those who have no religion. A fair, equitable, just and secular society would not permit new legislation to be passed which would allow for more injustice, bigotry and discrimination,” he says.

"We don't take these actions simply to protect non believers. The proposed legislation has just as much potential to harm believers, as well." 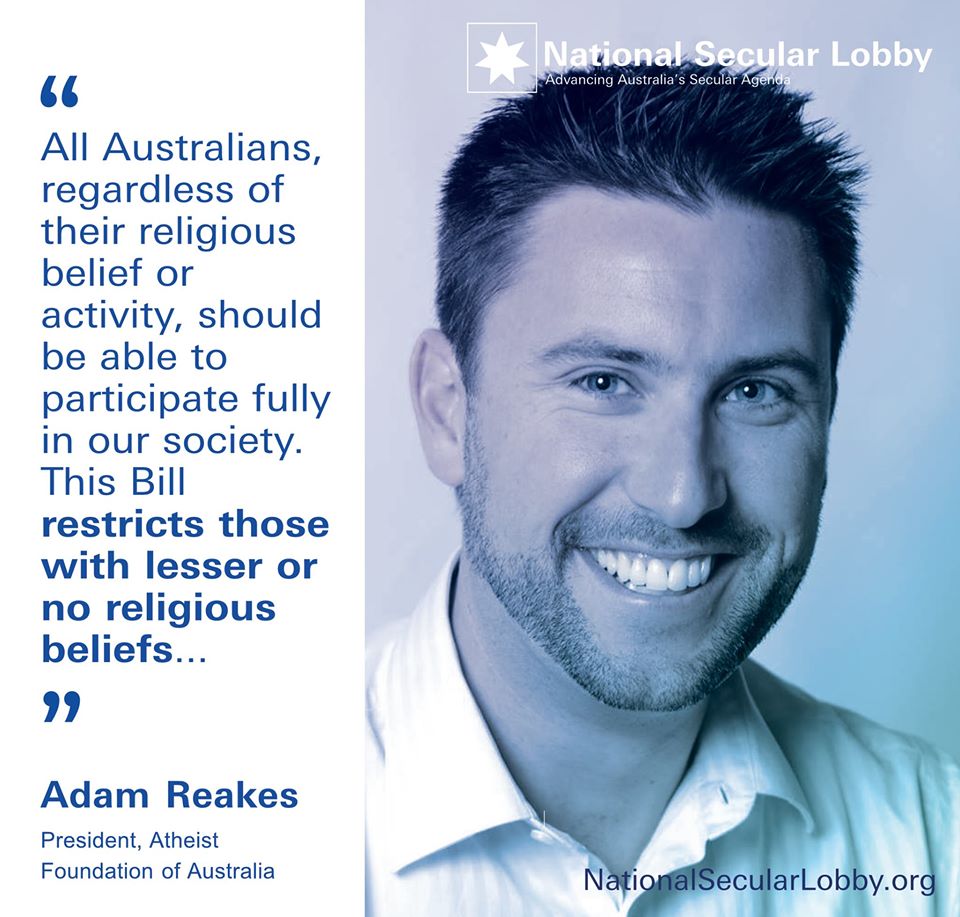