With issues of religion in politics dominating national debates, it’s now time for the ABC to give secular Australia fairer representation on its TV and radio programs.

That's why we're calling on new host Hamish McDonald to extend an invitation to pro-secular figures to join the panel, especially when the Religious Discrimination Bill is set to be a topic of discussion.

In a meeting with the executive of the ABC last year, the National Secular Lobby (NSL) raised the lack of pro-secular representation on Q&A as one of the examples why the broadcaster needed to correct the imbalance in its programming.

We were invited to provide a list of appropriate 'secular commentators' who could be called upon for participation in ABC programs. A list of 20 pro-secular commentators was duly provided, many with prominent media profiles. But, so far, little has come from it.

With the Morrison government pursuing a divisive ‘religious freedom’ agenda, NSL president Peter Monk says now is the right time for the ABC to show its commitment to finding a better balance.

"We have quoted numerous examples to the ABC of its religious imbalance. The most obvious was the Q&A program on the ‘separation of church and state’ where all six panelists were Christian and not one of the speakers provided a pro-secular perspective," he says.

"We know that the Australian community overwhelmingly is secular and we know that 30 per cent of citizens report having no religion. The ABC needs to let all Australians have their voices heard on this divisive legislation."

If you’d like to see more pro-secular spokespeople get a spot on the show, let Hamish’s team know through the program's Q+A Facebook page and its @QandA Twitter feed. 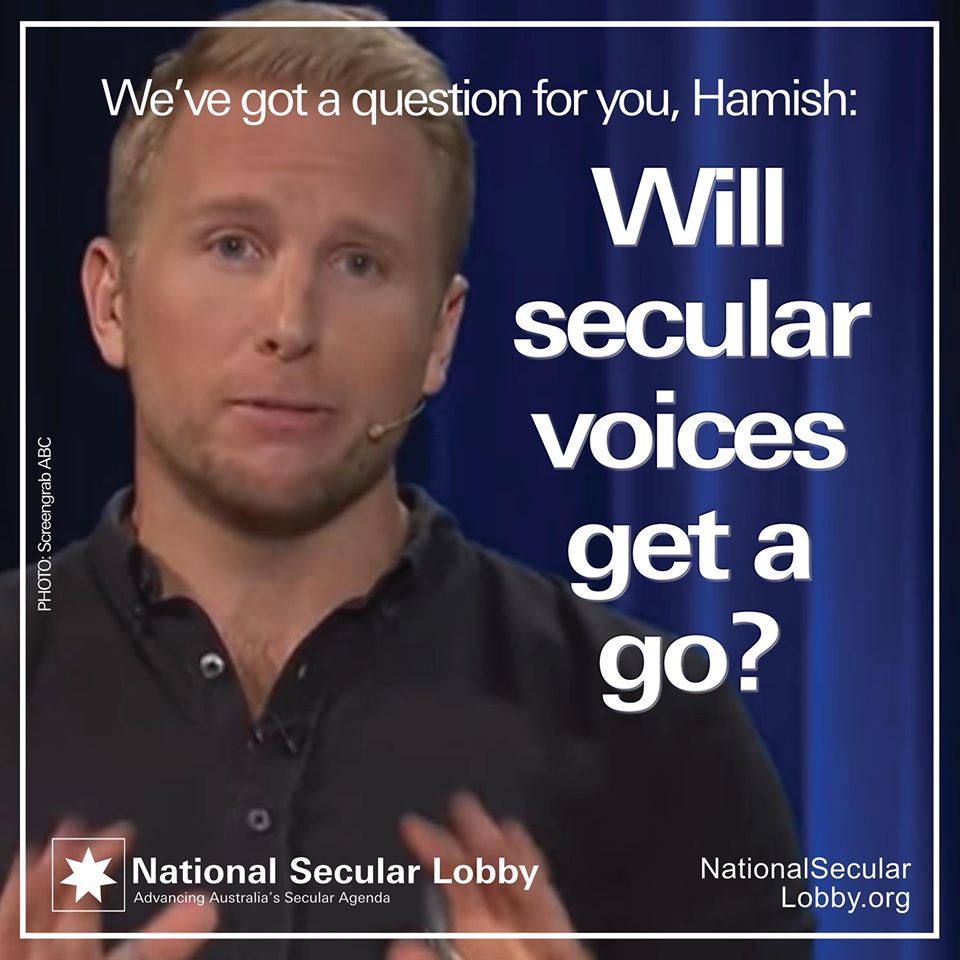