We’re pleased to have the one and only Van Badham standing up for secularism as the new addition to our team of Ambassadors!

The prominent writer and commentator this week became the ninth Ambassador helping to advocate for the separation of church and state in government, spread awareness about secularism and publicise our position on current issues.

“I’m a writer and commentator as well as a person of faith who believes that only robust secular institutions provide any social guarantee of freedom of religion and belief,” says Van.

“Van has proven to be a champion for secularism. And now, with the very nature of our secular society at stake, I know that secular Australians are grateful to have strong voices coming out publicly and standing up for what we value," he says.

Just like our supporters and followers of this page, our Ambassadors come from all walks of life and hold a wide range of political, religious and personal views. But the most important thing is that they are all committed to the advancement of secularism.

“That’s what we are all about at the National Secular Lobby – promoting inclusion and providing a platform for all Australians for care about secularism,” says Peter.

“With secularism now coming under direct threat due to the government’s divisive Religious Discrimination Bill, we want all secular-minded people, no matter their faith or political persuasion, to stand up for secularism and make their voices heard.” 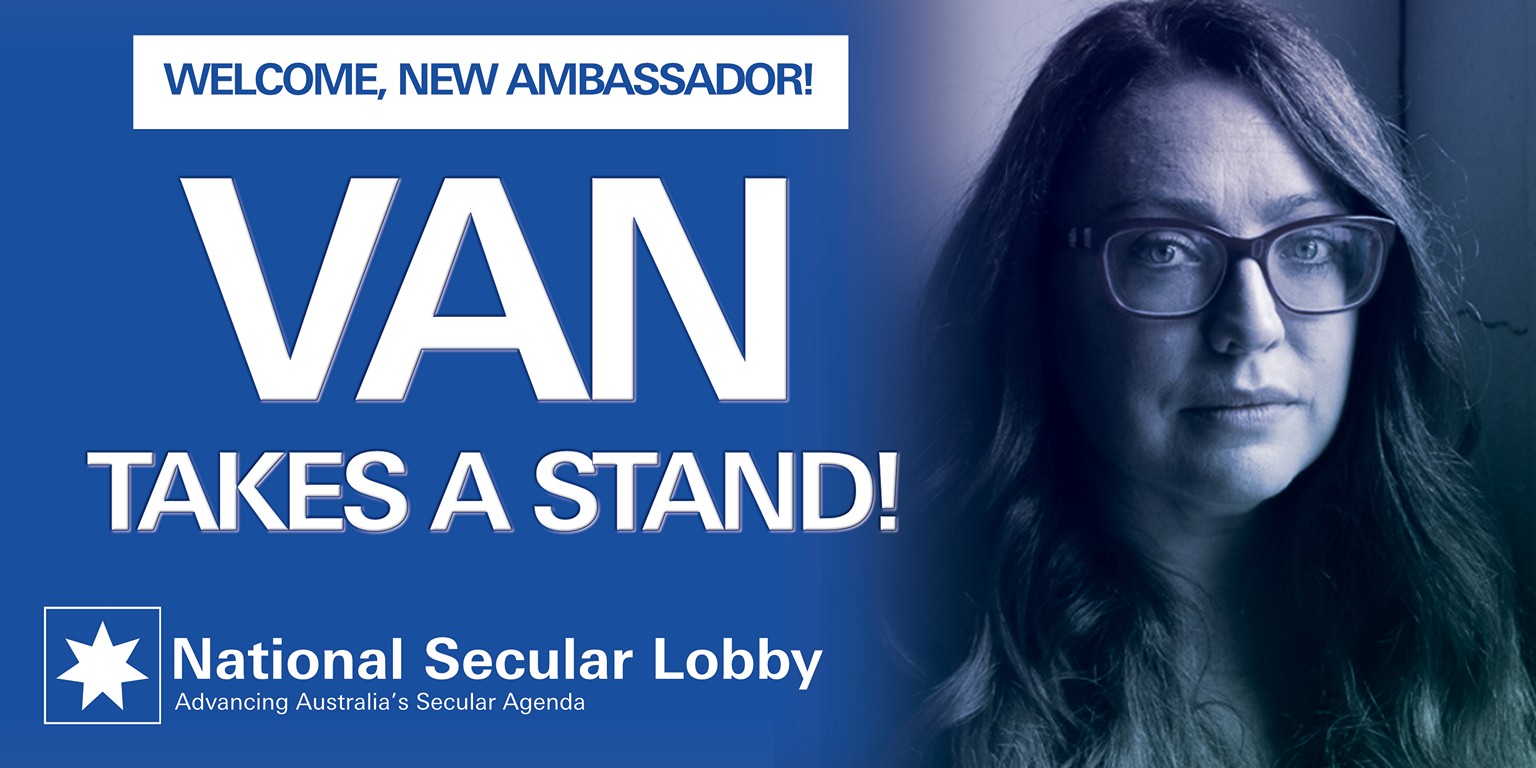