While we’re thrilled to see voluntary assisted dying (VAD) legislation pass the Upper House of the Western Australian state parliament, Australians elsewhere who are suffering terminal illness and looking for human end-of-life options are being left in the lurch.

With Western Australia set to follow in the footsteps of Victoria to become only the second state with a VAD regime, we call on the leaders of the other states to heed the wishes of the overwhelming majority of their citizens and introduce VAD legislation.

In Queensland, where religious lobbyists are pressuring Premier Annastacia Palaszczuk not to act before the state election in 2020, VAD campaigners are taking matters into their own hands and trying to rally community support.

A new online petition posted by Tanya Battel, a mother with terminal metastatic cancer, has garnered almost 6000 signatures in the space of a week.

The pressure mounted further on the Premier this week after Queensland Opposition Leader Deb Frecklington signalled that she would allow a conscience vote on the floor of the parliament if she won the election..

It’s been heartening to hear recently that VAD advocates in New South Wales, particularly the Dying with Dignity group, are trying to revive the campaign there, even though Premier Gladys Berejiklian has, reportedly, promised Coalition MPs no more conscience votes in this term of parliament.

In Tasmania, South Australia and the territories, terminally ill Australians will have to continue to suffer without a near prospect of being able to access VAD.

In Tassie, a private member’s bill is expected to be introduced in the new year.

After losing by a vote in 2016 in the South Australian parliament, now could be a good time for advocates to try again.

Sadly, the demands of citizens of the territories are completely excluded due to the federal Andrews laws, which overturned the NT's world-first voluntary euthanasia laws in 1997.

With the overwhelming majority of Australians supporting VAD – nearly 90 per cent, according to the ABC’s Vote Compass – it’s time for our governments to get up to speed with the public mood and provide all Australians an opportunity to access humane end-of-life options. 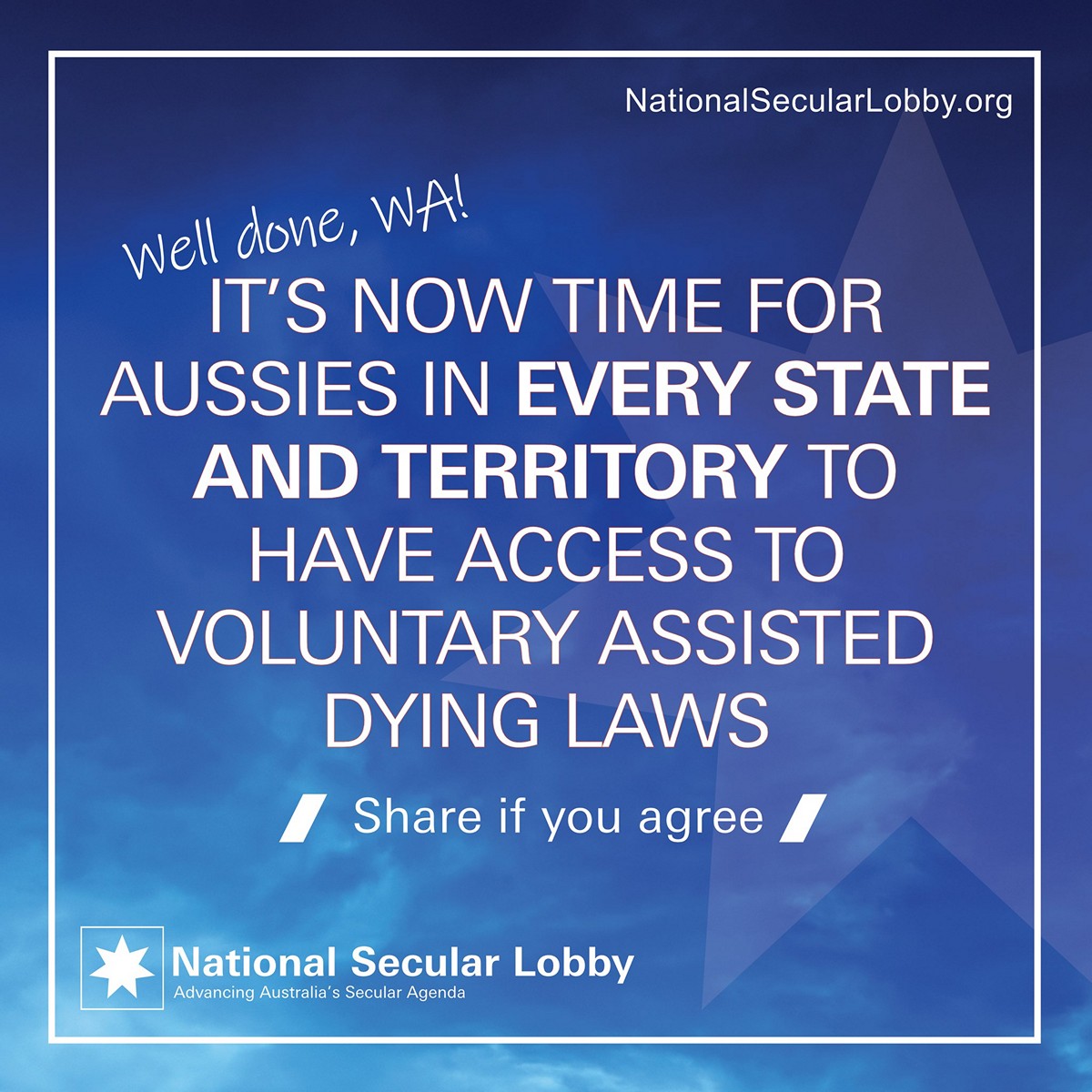