Although the overwhelming majority of Queenslanders want to see voluntary assisted dying (VAD) made legal in their state, the Premier seems to be giving in to the intimidation tactics of religious groups.

VAD legislation is being embraced by Australians across the country, but Annastacia Palaszczuk’s government appears to be determined to keep it off the agenda before the 2020 state election.

Thankfully, some MPs who support VAD are starting to speak out to urge the government to bring legislation forward.

Liberal Jann Stuckey, the member for Currumbin, believes the time is right for Queenslanders to have access to humane end-of-life options.

“I feel very strongly that it should be brought on this term because it is an issue that really does affect lives,” she told The Courier-Mail recently.

“We are hearing some terrible stories about some horror deaths that could otherwise be avoided. It is something that I think should have been debated long ago given the community sentiment.”

In addressing the parliament last week, Sandy Bolton, the independent MP from Noosa, called on the Premier not to make VAD a political football.

As we noted in our Weekend Wrap on Saturday, religious leaders in Queensland have been piling on the pressure for the government to turn away from legislating VAD.

VAD advocates such as Tanya Battel have been deeply concerned since the government postponed a report from the parliamentary inquiry into end-of-life care. Originally due this month, that report has been delayed until next March.

"In the national court of public opinion, we have 85-90 per cent support for VAD. In Queensland, polling shows the same high support, yet we have a Premier who continues to put her head in the sand and who will not commit to debating a bill in this political term,” says Tanya, who is spokesperson for the Voluntary Assisted Life Ending (VALE) group.

“When you know too much about how your own disease is going to play out and how you’re only options are to travel to the other side of the world to seek assistance or to attempt suicide while VAD legislation is not going to be an option because of a political party’s policy or because of the religious beliefs of some politicians, then something is very wrong.”

If this post raises concerns for you, help can be found at: 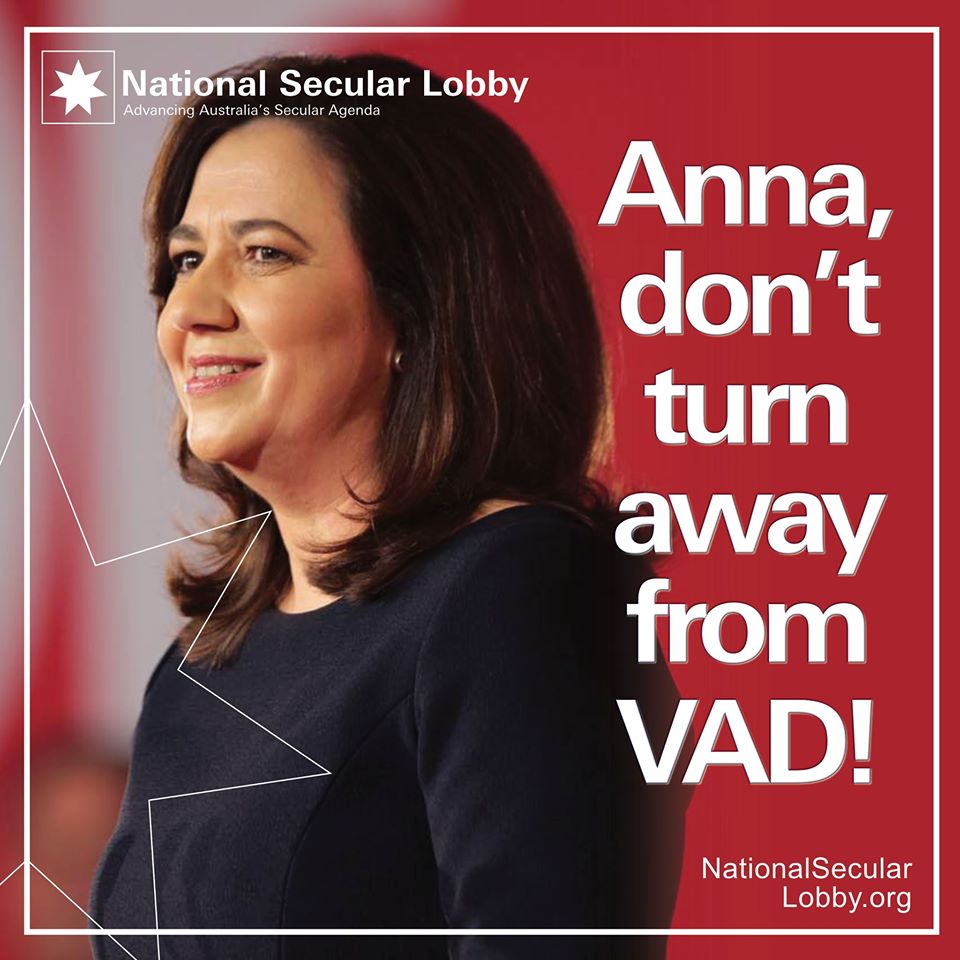