Trevor Bell doesn’t often spend time plotting to turn Australia into a theocracy; but when he does, he channels the Morrison government.

A champion for secularism, Trevor sees the religious agenda of those in power as a grave threat to the need for separation between church and state in Australia.

He is worried that parliamentary approval of the proposed Religious Discrimination Bill will give religious people and institutions privileges of the like that Iranian ayatollahs would be proud of.

Non-religious Aussies should be worried.

“The proposed bill will allow employers to persecute atheist workers. Non-Christians will become second-class citizens. This idea cannot be negotiated. The bill cannot be fixed by amendments. The whole thing must be thrown in the bin,” says Trevor.

“So it says that atheists are protected to some extent for their thoughts about religion. But the exemption is for religious groups. The very people most likely to discriminate against an atheist are the ones who have a big fat exemption. It’s criminal.”

With Scott Morrison evoking prayer to solve the nation’s problems, even despite having referred to religion as a private matter, Trevor says secular-mined Aussies need to wake up to what’s going on.

“Most of us view The Handmaid’s Tale as a dystopian future. Scott Morrison sees it as a government policy handbook. Atheists should start objecting or book a flight to Canada. It’s a budding theocracy that we’ve got,” he says.

Check out Trevor’s podcast, "The Iron Fist and the Velvet Glove", here: www.ironfistvelvetglove.com.au 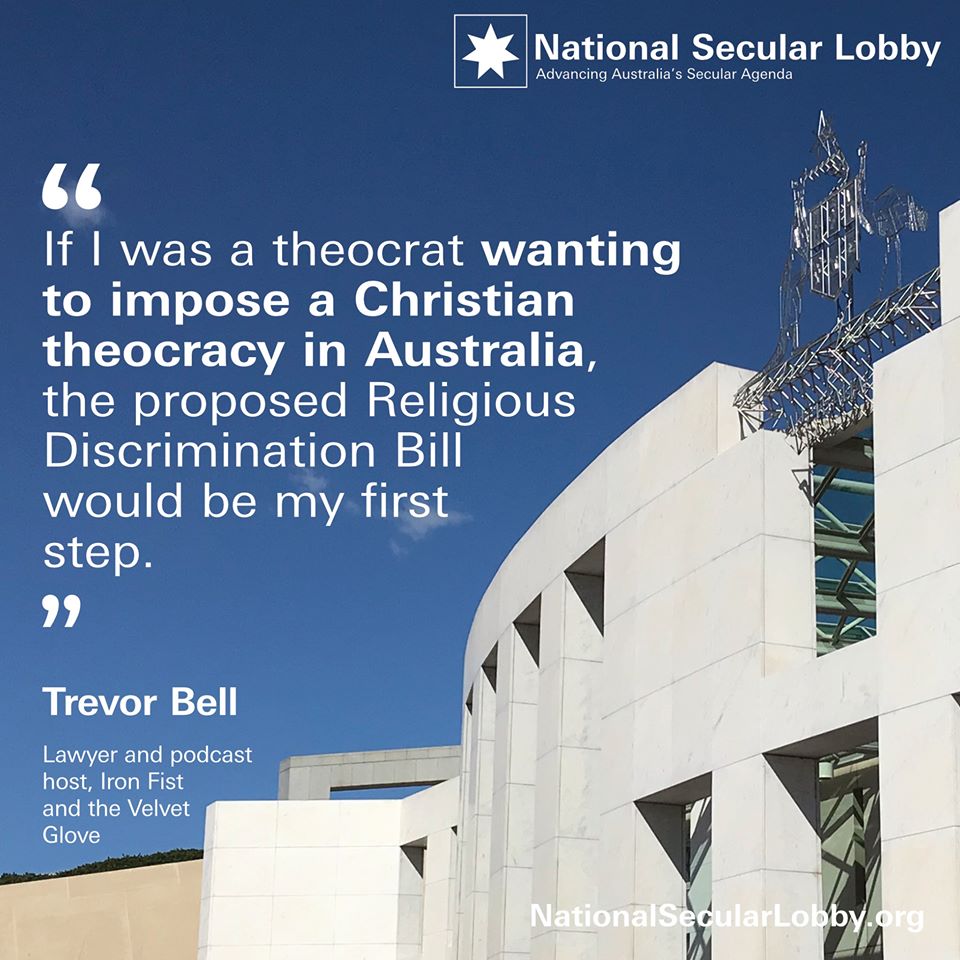