Having your religious beliefs and practices be the butt of a joke in parliament may be one thing, but the negative impacts of the proposed religious freedom laws will be no laughing matter for faith communities.

Peter Monk, president of the National Secular Lobby, says religious Australians, especially those of minority faiths, will also suffer under provisions such as those protecting ‘statements of belief’ and allowing hiring and firing on religious grounds.

“In our submission to the draft Bill, we pointed out the impossibility of enforcing competing rights, particularly in the cases where the rights of people of two opposing religions come into conflict,” he says.

“Deciding an outcome will necessarily require legal entanglement and favouring one religion over another. This contravenes the essential point and meaning of the Bill.”

Speaking as part of the new #DontDivideUs campaign last week, former High Court justice Michael Kirby was fearful that such laws would leave people of faith worse off and facing anti-religious hostility.

Employer groups, meanwhile, are worried about the negative impacts to workplace harmony and inclusion. In response to similar concerns, Diversity Council Australian’s Lisa Annese has argued that the legislation had “not been written with religious minorities in mind”.

Other commentators have also noted the potential for harm to religious people. Michael Bradley, writing in Crikey in December, highlighted how the employment market could suddenly be restricted for professionals of minority faiths. This is especially so given the dominance of Christian (specifically Catholic) employers in sectors such as health and aged care.

“So, yes, St Perdita’s Hospital can refuse to hire a Muslim nurse because she’s a Muslim, prohibit her from wearing a hijab at work, and sack her if she refuses,” he wrote.

“The only hurdle it has to meet is that these rules exist ‘to avoid injury to the religious susceptibilities of adherent’ of its religion. So, if you’re worried that your Christian patients in your Christian hospital might find a hijab-wearing nurse a bit confronting, no problem. She’s out.”

Perhaps the clearest warning has come from our ambassador and constitutional law expert Luke Beck, who claimed that Christians would be among the biggest losers in this legislation.

Clearly, the Morrison government’s Religious Discrimination Bill is taking us down one path – division. 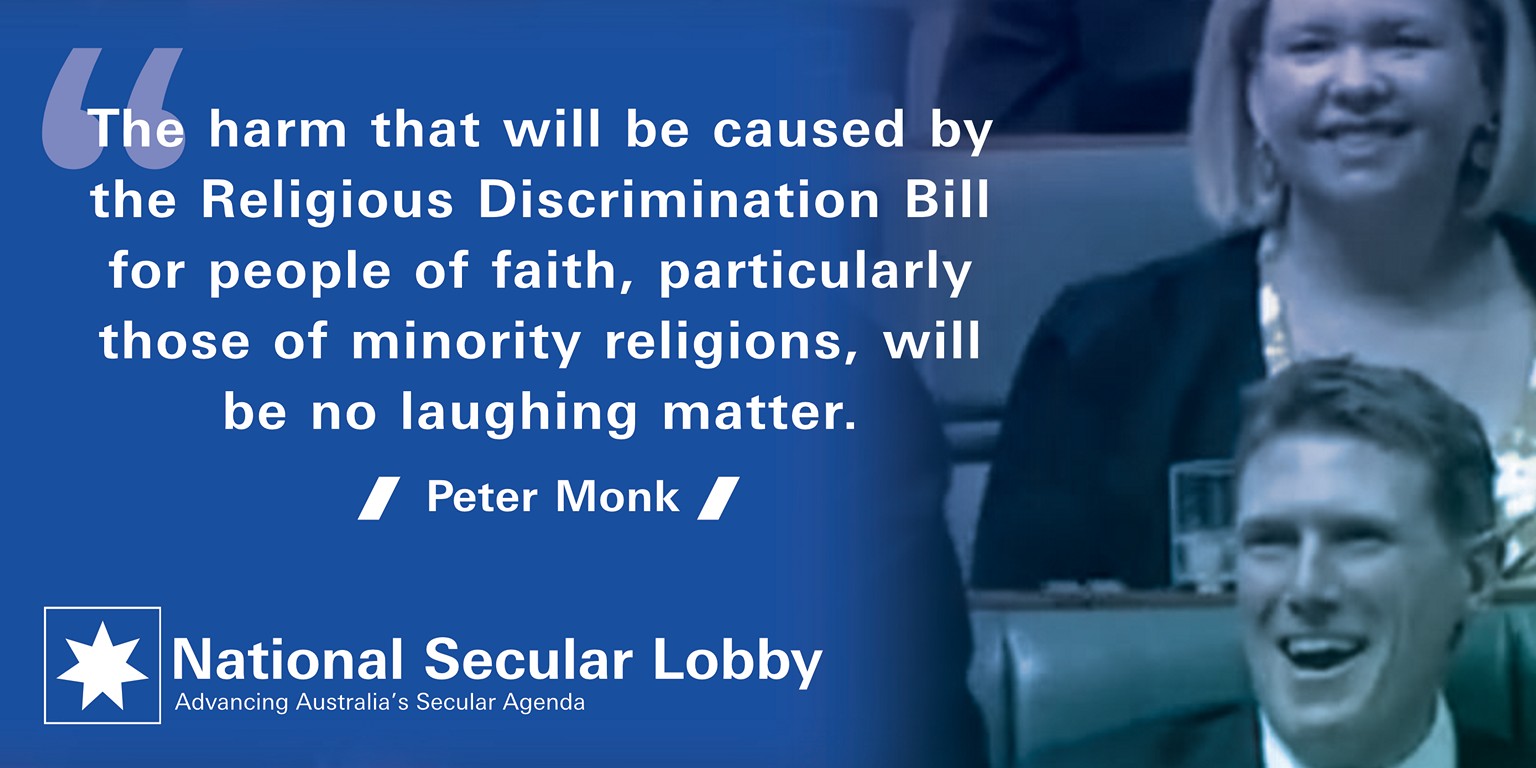