Despite having terminal metastatic cancer continuing to spread in her body, Tanya Battel is giving all of her energy to advancing the cause for voluntary assisted dying (VAD) in her state of Queensland.

The 56-year-old mother, who was originally diagnosed with breast cancer but now has cancer in other organs, has launched a new Change.org petition calling for Premier Annastacia Palaszczuk to introduce VAD laws before the state election next year.

If you support VAD, you can help Tanya's campaign by SIGNING the petition and SHARING it with your friends.

Tanya told the National Secular Lobby that it is her wish to see terminally ill Queenslanders have access to humane end-of-life options such as those available in other parts of Australia.

She hopes that all Australians who support VAD will sign and share her petition to help send a message to the Queensland Labor government.

“I want the right to ask a doctor to help me have a peaceful death. Victoria now has voluntary assisted dying laws. Western Australia will have a law soon. It is illegal in Queensland but people are desperate for this legislation,” says Tanya, who received a surprise visit from television personality and VAD advocate Andrew Denton last week (see photo).

“I face the prospect of a horrible, painful death as the cancer moves to my bones, my organs and my brain. This is what I fear more than anything else – not death – but the long, drawn out process of dying. Eight-five per cent of the community wants these laws. People are suffering unnecessarily and seven Queenslanders with a terminal illness are killing themselves each month.

“I plead with ... Premier Annastacia Palaszczuk to allow me the right to die peacefully and painlessly when my suffering becomes unbearable.”

Tanya has been an outspoken critic of the way religious lobby groups put pressure on the Palaszczuk government to not pursue widely supported VAD legislation.

Last week, Denton, of Go Gentle Australia, presented his documentary 'Fatal Fraud' at Parliament House in Queensland and urged Premier Palaszczuk to have “the political will” to pass VAD laws before the next election.

At the National Secular Lobby, we’re happy to support Tanya’s efforts. All Australians should have access to humane end-of-life options. 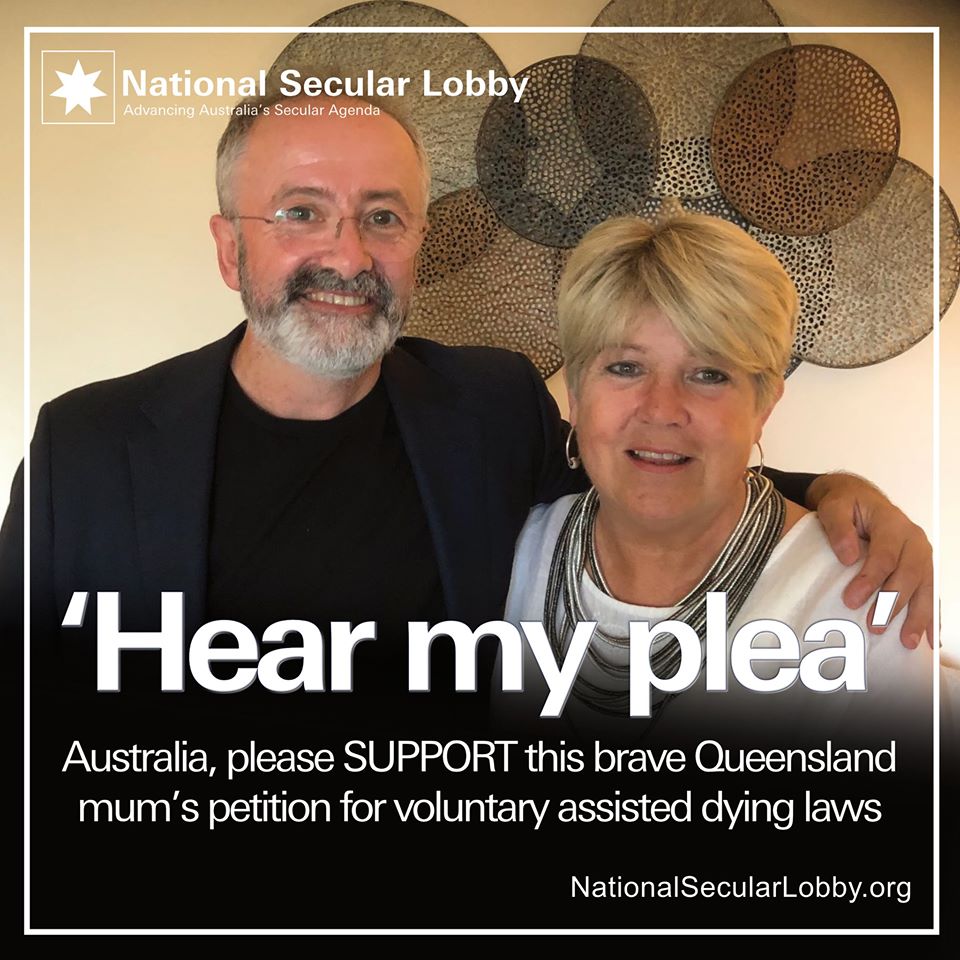