While the Morrison government has been keeping secular and non-religious groups out of sight as it goes about re-drafting its roundly criticised Religious Discrimination Bill, Freedom For Faith – the self-described "Christian legal think-tank" – has apparently enjoyed an open door to the offices of the Prime Minister and Attorney-General.

Some might say it looks a lot like the fox is in charge of the hen house!

In a message to members last week Freedom for Faith’s executive director Michael Kellahan revealed he and his team had been in Canberra, "hard at work behind closed doors…giving feedback on the bill and offering some drafting solutions."

"There have been many meetings and calls with the Attorney-General’s staff. To their credit, they have made themselves remarkably available and open to our feedback."

With atheism growing strong in Australia and with 78 per cent of Australians supporting the separation of church and state, it’s remarkable that secularists and the non-religious are so marginalised.

Julian sees the special treatment being given to religious groups as pointing to a deeper problem.

"Our Constitutional system is based on separation of Church and State. The idea that an explicitly religious group, Freedom For Faith, the ‘Christian legal think tan’, has had special access to Prime Minister Scott Morrison and Attorney-General Christian Porter, in connection with the Religious Discrimination Bill, suggests that our system is not operating the way it was designed," he says.

"Presumably even Morrison and Porter do not want to see Australia become a religious autocracy."

If you agree and want to take a stand for secularism, why not take a minute to give your local federal MP or senator a call to let them know of your concerns. With the Religious Discrimination Bill about to be introduced into parliament, we can do with every bit of help at this critical time.

If the government won’t listen to us, we have to make ourselves heard!

For ideas on how you can take action, visit:
www.nationalsecularlobby.org/resources/taking-action/ 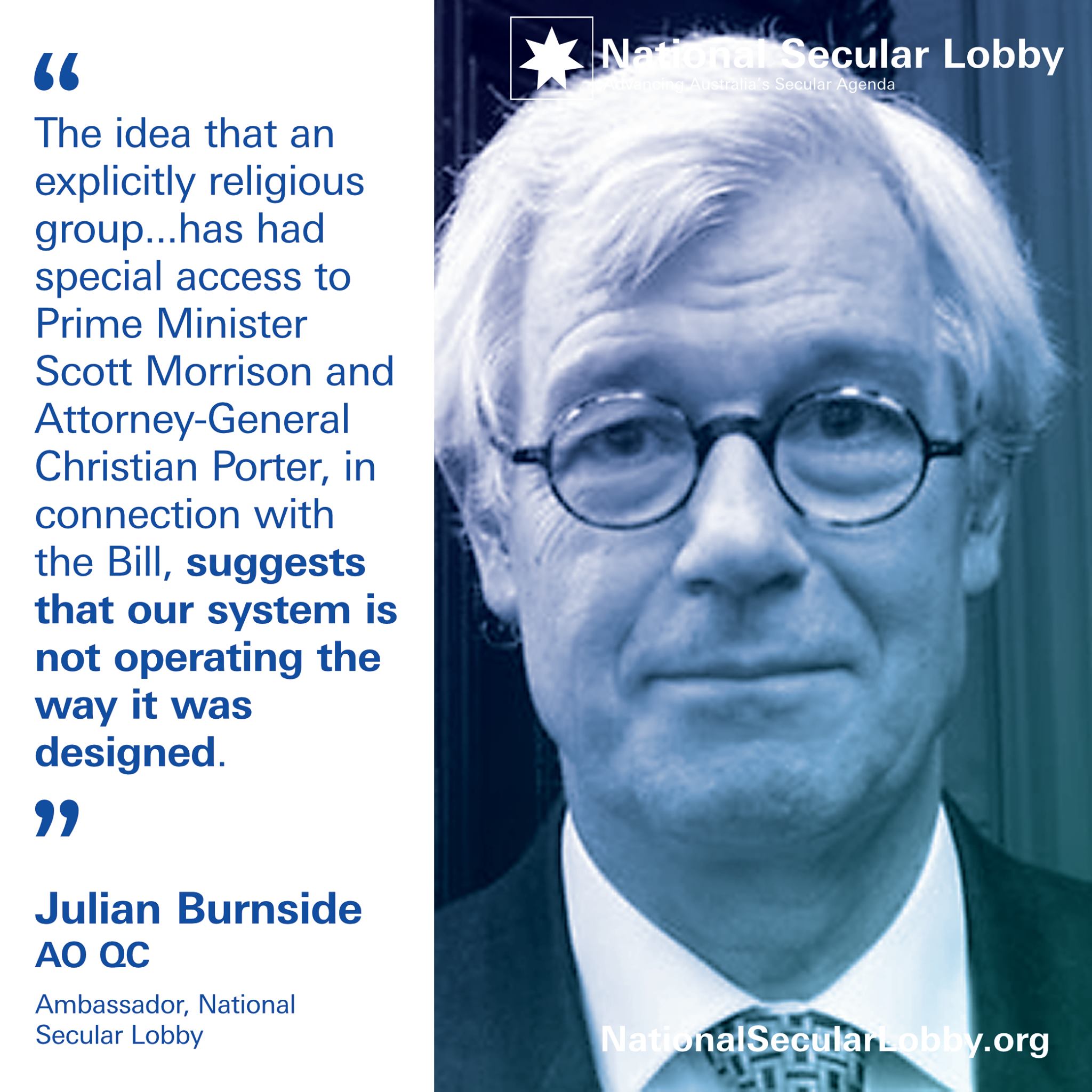