Like many Australians who witness the opening of a parliamentary session or a local government meeting for the first time, Courtney Coombs was shocked to see the Brisbane City Council’s proceedings appear to be more like a church service.

Courtney (pictured) was watching a budget meeting to follow discussions around funding for arts when the council meeting began with councillors pausing to recite Christian prayers.

Appalled that an elected body would begin its deliberations with sectarian prayers, Courtney established a petition calling for prayers to be removed from the council’s meetings.

So far, the petition – which can be found on the council’s website and is open to people around Australia – has collected about 400 signatures.

Add your name to the petition here (closes Monday 31 August)

“I was really shocked to see that they commenced the meeting with a Christian prayer and then followed this prayer with an acknowledgement of the traditional custodians of the land. It seemed to me that the acknowledgement should come first and that, in 2020, there was no place for religious beliefs in a council meeting,” Courtney told the National Secular Lobby.

“The Brisbane City Council should be serving all of its constituents. I am not anti-faith. But, given the diversity of our city, state and country, it seems quite obvious that prayer should be kept out of the workplace, particularly in one that is meant to be representative of the people.”

National Secular Lobby president Peter Monk commended Courtney for standing up for secularism, saying it was a good example of everyday activism for other secular-minded Australians across the country.

“Whether it is the federal parliament, state parliaments or local government, these democratic institutions are supposed to represent all of us, yet it's standard practice to privilege Christian rituals as part of their official proceedings.

“If your local government maintains a similar practice, we would urge you to take a leaf out of Courtney’s book: help raise awareness of the issue and start a petition to call for such institutions to secularise.

“I know that for many Australians, given our religious diversity and especially as the largest section of the community now identifies as having no religion, it is really quite astonishing that our federal parliament, our state parliaments and local governments resemble church services at the start of their proceedings every day.”

If you live in the Brisbane City Council and what to see prayers removed from council proceedings, please take a moment to contact your local councillor here. 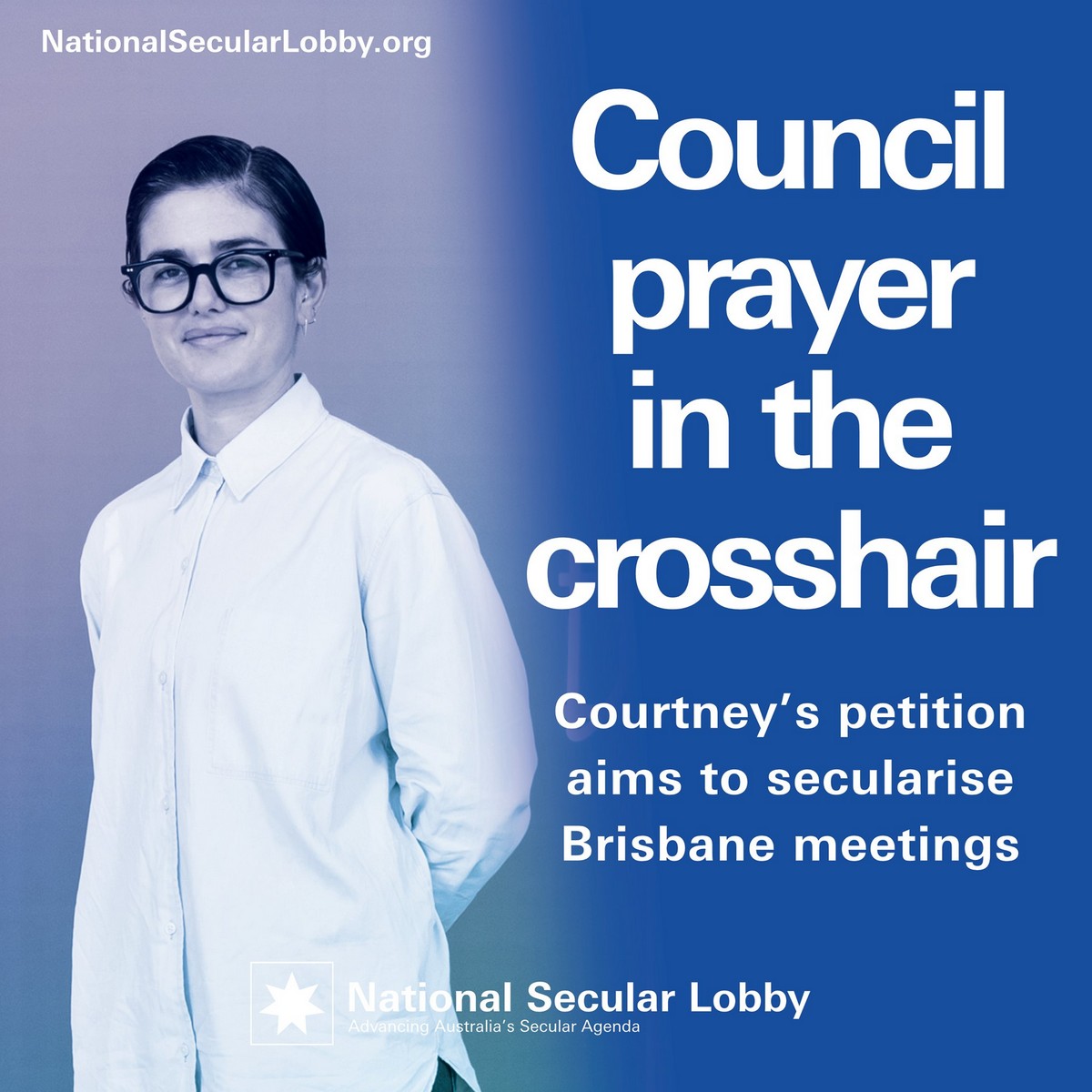