Without doubt, the same religious organisations that seek further privileges to hire and fire based on their ‘religious ethos’, and to deny services to whomever they deem as unworthy, will also seek to maintain their taxpayer-funded benefits.

Whether it’s through government contracts, grants or tax benefits, your hard-earned dollars will directly fund the discrimination by religious organisations against vast numbers of regular Aussies who are merely trying to make a living.

People with a disability, single mothers, divorcees, atheists, agnostics, recipients of abortions, unmarried cohabitants, members of the LGBTIQ community – and the list goes on! – are all going to be made second-class citizens if the Morrison government’s Religious Discrimination Bill is approved by parliament in 2020.

But among those helping to sound the alarm to the wider community are progressive religious leaders.

Reverend Peter Grayson-Weeks, who is a member of the Uniting Church’s LGBTIQ group Uniting Network, fears that taxpayers are going to end up supporting the establishment of a religious apartheid system.

“The vast majority of services to the Australian public received from religious organisations are through their service delivery arms that receive significant tax-payer funding or taxpayer benefits,” he says.

“It is our view that this is totally against the wisdom and teaching of Jesus Christ.”

The same can also be said of the license to refuse employment purely on the grounds of personal faith, which will be granted to church-run healthcare providers such as hospitals and aged care facilities – and which has already been granted to religious schools. 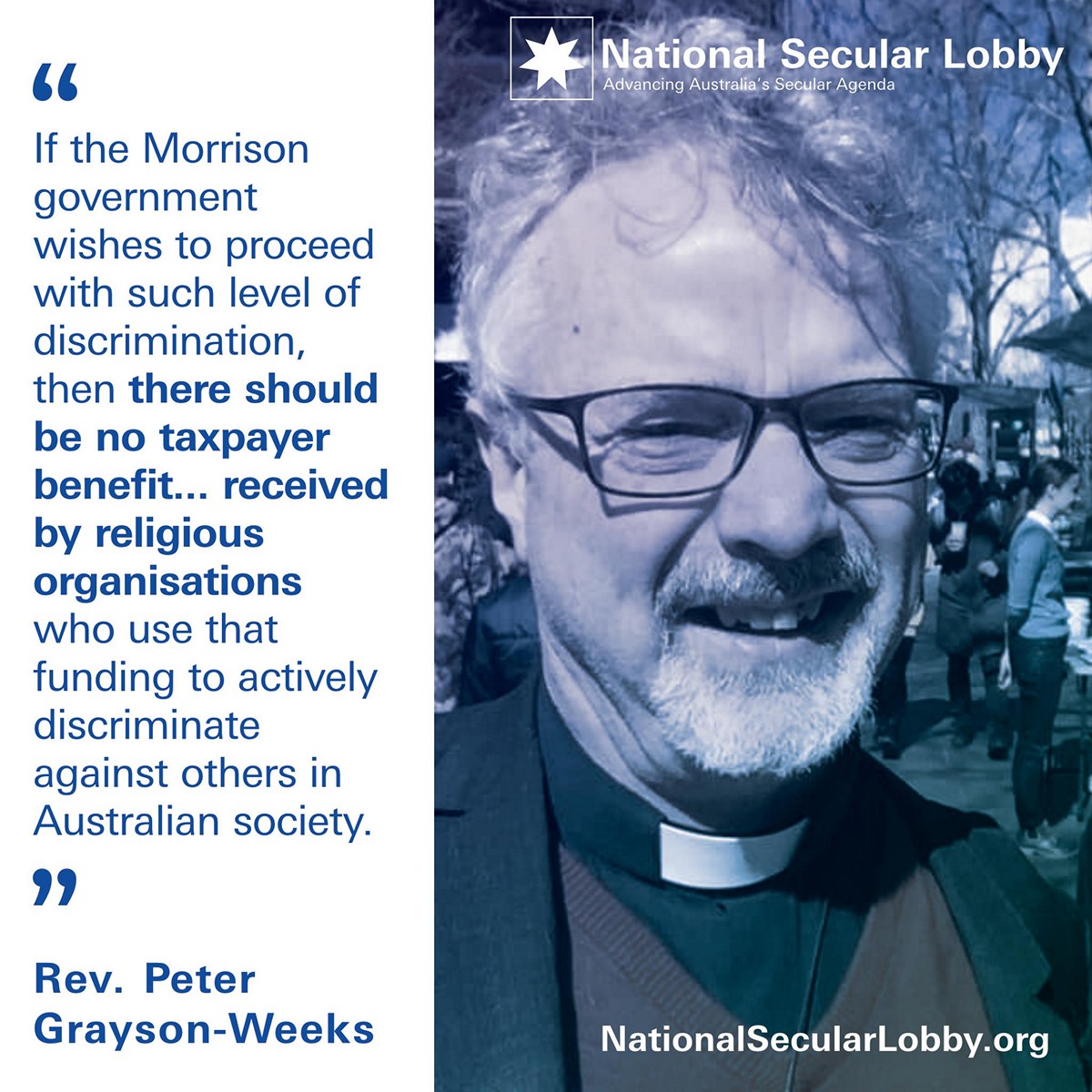