With religious lobby groups having been deeply involved in helping the Morrison government write its religious anti-discrimination bill, a second exposure draft has landed this week. And it is what you’d expect from a process that has ignored Australia’s secular majority.

The new draft goes a long way in giving religious groups the privileges that they are seeking at the expense of non-religious and secular Australians.

Despite the community’s wholesale rejection of the first draft – secular Australia rejected the privileges it was proposing for the religious at the expense of everyone else; religious lobbyists, meanwhile, wanted more expansive rights – the government has doubled down on the side of religious Australia.

Although we're disappointed with that outcome, perhaps it is no surprise given that groups such as the Australian Christian Lobby, the Catholic Church and Freedom for Faith have been enjoying exclusive behind-closed-door access to the Prime Minister and Attorney-General during the drafting process.

So much of the bill goes to employment. With faith-based employers making up a significant proportion of the employment market (the Catholic Church overall is Australia's largest non-government employer, at around 220,000 people), non-religious Australians and sections of society such as the LGBTIQ+ community face a new wave of marginalisation. In the new draft bill:

At the National Secular Lobby, we were pleased to see St Vinnies refuse to be used by the government in promoting the bill.

“We encourage any faith-based organisations whose general employment policies will not be reflecting these discriminatory new laws to publicise their position," says Peter Monk, President of the NSL.

"We know there are faith-based groups who do not agree with laws which make special provisions for legalised religious discrimination – especially when this bill is supposed to be protecting people from it."

The public has until Friday 31 January 2020 to make submissions to the new draft.

"We encourage everyone who has concerns about this bill to make a submission, no matter how brief. Encourage your friends and family to do likewise," says Peter.

"We believe this bill will be incredibly divisive and destructive to Australian society. Please let our government know you do not approve!"

📣 Stay tuned to our Facebook and Twitter pages over summer as we’ll be having a lot more to say about the draft bill. We'll need your help to build awareness about the issues with this proposed bill.

Submissions to the second exposure draft can be made here. 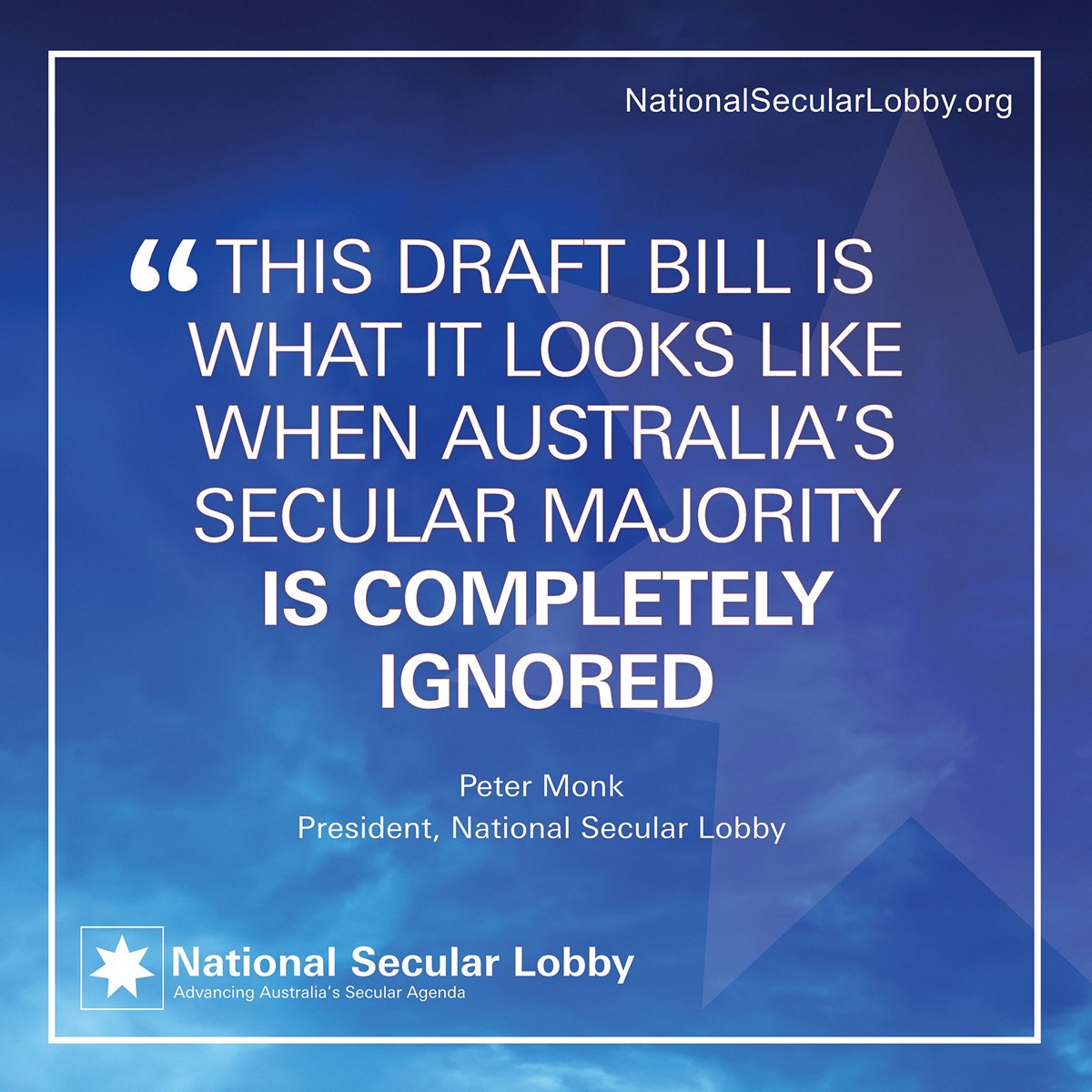