If religious beliefs can be adopted or dropped at the click of your fingers, is it right for the Morrison government to be giving a ‘sword’ to the wide variety of people and institutions who are ‘religious’? If you ask Crispin Hull, the answer is a clear ‘no’.

Crispin, a columnist and former academic, points out that religious belief differs greatly from the inherent attributes – such as age, race, disability, gender and sexuality – that require protection from discrimination under the law.

While he sees adding ‘religious belief’ to federal anti-discrimination law as an acceptable shield for religious people from discrimination, he argues that the Morrison government’s draft Religious Discrimination Bill goes too far.

“It arms the religious people allegedly being protected with a sword. It emboldens them not to think twice but to make the utterances or take action in the name of their religion which could be harmful to others,” says Crispin.

“It only makes sense if you put religion on a pedestal and allow people exercising their religion to take actions or make utterances that would harm others and otherwise be unlawful. In other words, the exercise of religion is more important than the rights of others not to be discriminated against.

We thank Crispin for allowing us the use of some of his comments from his opinion piece in the Canberra Times recently. Read the full article here. 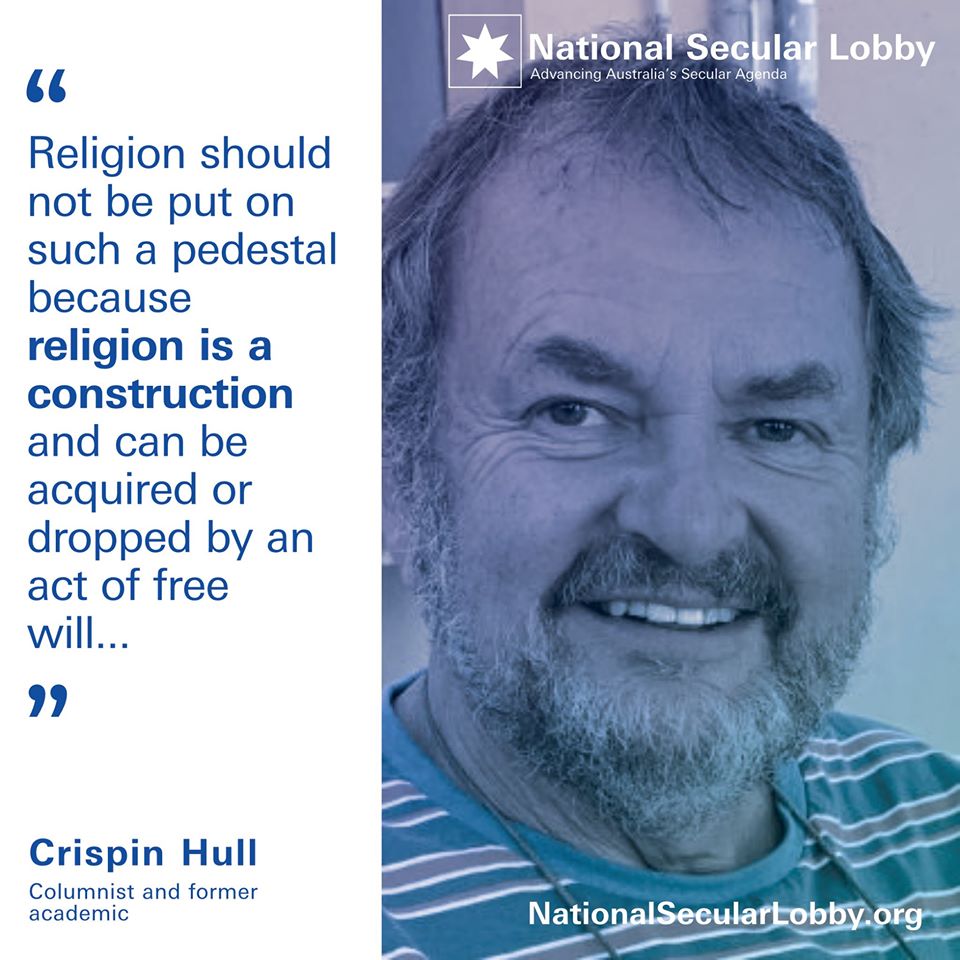