Social media is not the issue here, that is alive and very active. But for all those dedicated to promoting a broad secular agenda, the challenge is to regain national prominence in print, radio and TV. It's true, 50% of people still use mainstream media for news.

Compared to the output from religion, our coverage is miniscule. Sure, media bias can be a problem — and weekly religious programming is prolific. The ABC's religious content alone is carried in eight separate programs — none that cover the secular agenda. Note, too, that religious lobbies are very media savvy, keeping their profile high on TV, radio, and in print.

It's true that with COVID-19, the floods and Ukraine, one might think there’s no space for secular topics. But some issues do get through and there are always 5-minutes 'fillers' on radio to try for.

But the problem to overcome is how media outlets have been subdued by six relentless years of "Religious Freedom". First Tim Wilson's "Roundtable", then Philip Ruddock's "Review", followed by 4 years of Scott Morrison driving the "Religious Discrimination" (privileges) Bill.

A strategy is needed to (gradually) strengthen the "secular voice" across all media. And an atheist voice is also needed to fact-check the flawed foundations of religion. A revived Plain Reason aims to repeat its success with media coverage, and encourages others to try, too.

One other factor needs to be overcome in regaining media interest. Religious lobbies are successful in labelling their critics as militant secularists and satanic atheists. The secular option is to use "rationalism" a lot more. And a fresh idea has been floated for atheists.

Plain Reason is currently running a national survey — whether or not to "test" the media with the alternative expression, "A-theism". The notion is to accent the "a" — simply to mean "not" — as with familiar words such as a-political, a-symptomatic, a-tonal, and others.

The survey, open to all, will run until 30th April. A link to the Plain Reason Survey is here — together with a full explanation. The proposition is simply to use "atheist" or "A-theist", and to footnote it as being: "not anti-religious, nor maligning people who hold a religious belief."

Interim results of the survey are running at: 64% to use the amended term "A-theism", as opposed to the traditional and much maligned term, "atheism," currently at 36%.

The Australian Independent Media Network (AIMN) has been the first media outlet to publish a piece using the A-theist term, in a topical commentary on Easter. A comment at the end, posted by reader Dani B, was responded to with an A-theist perspective — which simply floated a rational challenge to the Biblical account of Easter.

It raised the interesting question of whether Jesus was a mere mortal or created as a "celestial deity", and later given a mortal persona — as with most gods of that era.

Irrefutable evidence for a mortal Jesus (less the miracles) is scant, although Hugh Harris does raise some questions. Alternatively, perhaps one of more robust arguments for a "celestial" Jesus is posed by historian Richard Carrier, with his, On the Historicity of Jesus.

While it is interesting discussion it does not detract from the underlying flaws in Christian history and how religious dogma undermines progressive public policy. Rationalists, secularists and atheists must be free to fact-check religious history and dogma in mainstream media.

We wish to break the taboo that has re-emerged in print and electronic journalism. It’s a veto that denies the 78% of secular Australians from seeing a free and fair debate in all mainstream media. Would you not agree? 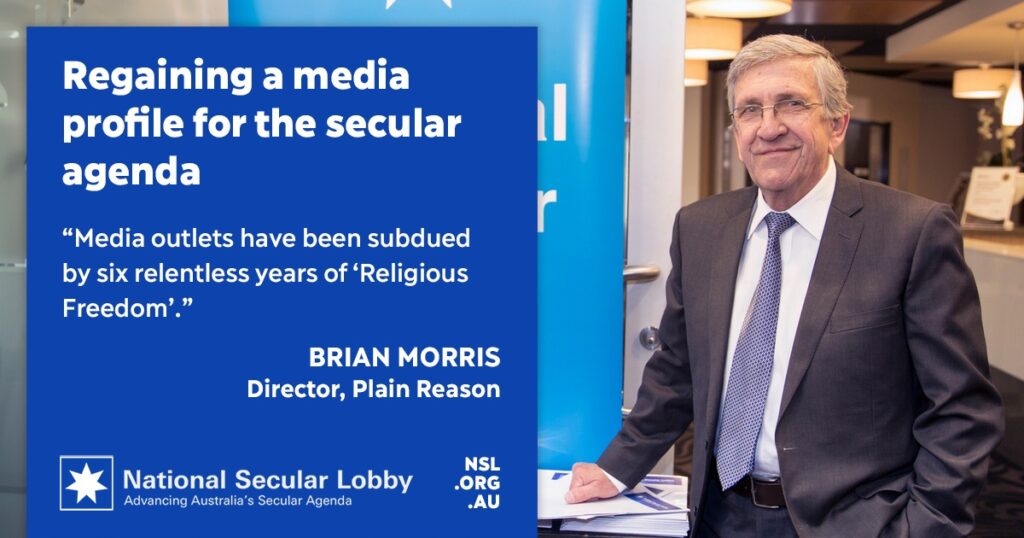