Dr Stuart Edser is worried about the impact of the divisive Religious Discrimination Bill on LGBTIQ Australians.

Stuart, who is a counselling psychologist and author of ‘Being Gay, Being Christian’, says the proposed ‘religious freedom’ laws are an entirely retrograde step in terms of LGBTIQ mental health.

A recent survey by advocacy group just.equal found that 80 per cent of LGBTIQ people were feeling worse than they did during the same-sex marriage plebiscite in 2017. Also, 43.5 per cent believed that the country had slipped backwards in its acceptance of LGTBIQ people.

“Given that the proposed bill is a direct response to the marriage equality debate, a debate that took 13 years to resolve, it is a shocking indictment on the government that LGBTIQ are feeling this way,” Stuart told the National Secular Lobby.

“No LGBTIQ person should have to feel anxious about their existence, their relationship or whether they’re accepted as a valuable member of society. Not now. Not after so much work has been done in this country to shift attitudes and make Australia a more inclusive and more accepting society.”

Stuart views the push for ‘religious freedom’ as part of an effort by religious fundamentalists against LGBTIQ rights.

As someone who is ‘fiercely secular’, he's also concerned about the consequences for secularism in Australia.

“I wrote ‘Being Gay, Being Christian’ out of my own experience of religion almost destroying me. I needed to challenge the Church that its teachings about gay people are wrong and should be changed,” he says.

“To this day…many elements of the Church even deny the legitimacy of our lives and relationships.

“It is just ignorance dressed up in sacralised language. It’s too much! We know better now. It’s this kind of myopic zealotry that forces me to conclude that it’s essential to keep religion out of politics.” 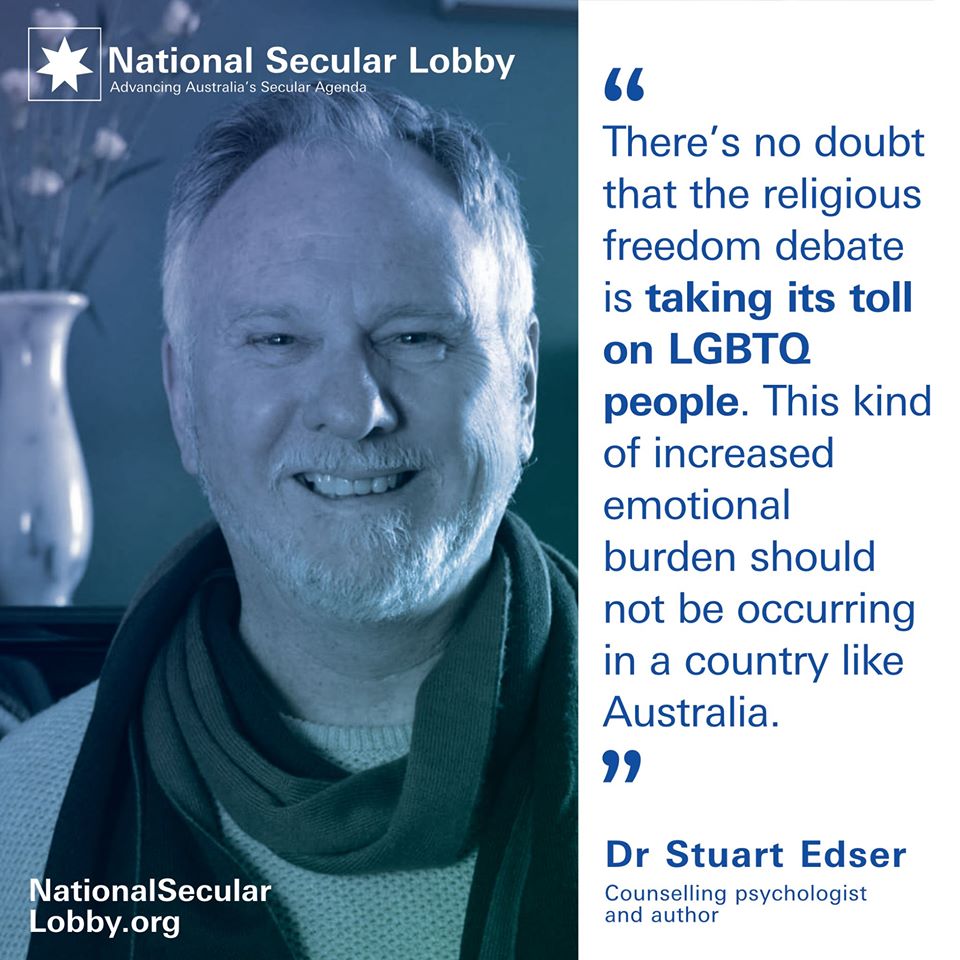