If Prime Minister Scott Morrison gets his way, faith-based hospitals and other medical services may well soon be hiring staff with the best religious credentials instead of those with the best professional qualifications.

The coronavirus pandemic brings into sharp focus the potential dangers of privileging religious belief in the health sector under the proposed Religious Discrimination Bill.

This is a point highlighted by policy analyst and LGBTQ advocate Alastair Lawrie, who argued last week that the enabling of such hiring practices will undermine public confidence in the health system.

“Imagine the worry if one of your loved ones is taken to the emergency department of a faith-based hospital and you can’t be certain whether the health practitioner is there because of what they believe, not what they can do,” he wrote on his blog.

The second exposure draft of the divisive Religious Discrimination Bill proposes the expansion of the right for faith-based hospitals, aged-care facilities, accommodation providers and public benevolent institutions to discriminate against staff on the basis of religion.

Peter Monk, President of the National Secular Lobby, says one’s choice of faith should not be a more consequential factor than one’s qualifications and experience when it comes to finding work.

“All secular-minded Australians should be horrified by the thought that jobs in our health sector may go to staff who share their employer’s religious dogma rather than going to the best-qualified people, especially as these institutions receive public funding,” he says.

“It’s yet another illustration of why the Religious Discrimination Bill must be abandoned.” 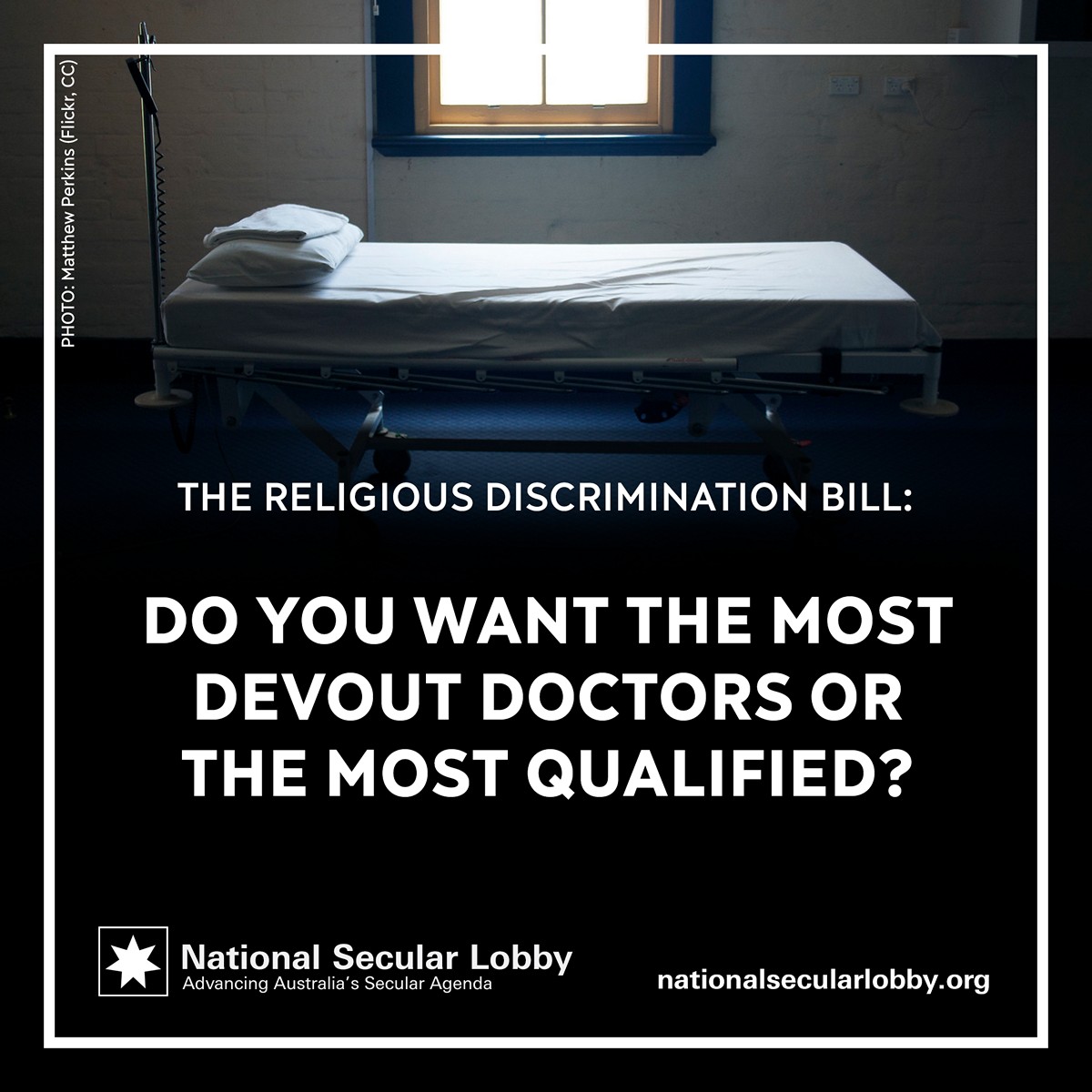