With so much at stake in the current political climate, we'd love to see secular Australians come together to coordinate and support each other more to advance the secular cause.

"That's one of the things we want to do with the NSL," says Peter Monk, President of the National Secular Lobby.

"If you compare the secular side of the fence with organisations like the Catholic Church or the Australian Christian Lobby – well, the term 'organised religion' says it all.

"In terms of communicating viewpoints, information or calls to action, religions have the hierarchy and the infrastructure sitting there waiting to be used. But, for pro-secular people, there really is nothing that compares."

"Most of the pro-secular groups have their own views on issues. They have their own meetings, newsletters and social media followers. But, on a larger scale, there is not a lot of communication going on between groups."

Peter hopes the NSL can continue to grow connections with pro-secular groups across the country, help build stronger channels of communication and foster greater sharing of information.

The NSL is currently communicating on a regular basis with a number of pro-secular groups, while also featuring many secular community leaders in its social media content, most recently in the areas of voluntary assisted dying, abortion rights and religious education in schools.

"A lot of organisations have taken up, and become experts on, particular issues that they’re concerned about. There's a lot of knowledge in those groups that we and other pro-secular groups don't have. What we'd like to do is tap into that knowledge, Australia-wide, for all of those different areas of policy in which we're interested," says Peter.

"Obviously, to work that into a well-functioning network is a huge effort. But, when faced with issues such as the Religious Discrimination Bill - which in some cases goes beyond protection from discrimination - secular Australians need to have a stronger voice with which to communicate their concerns." 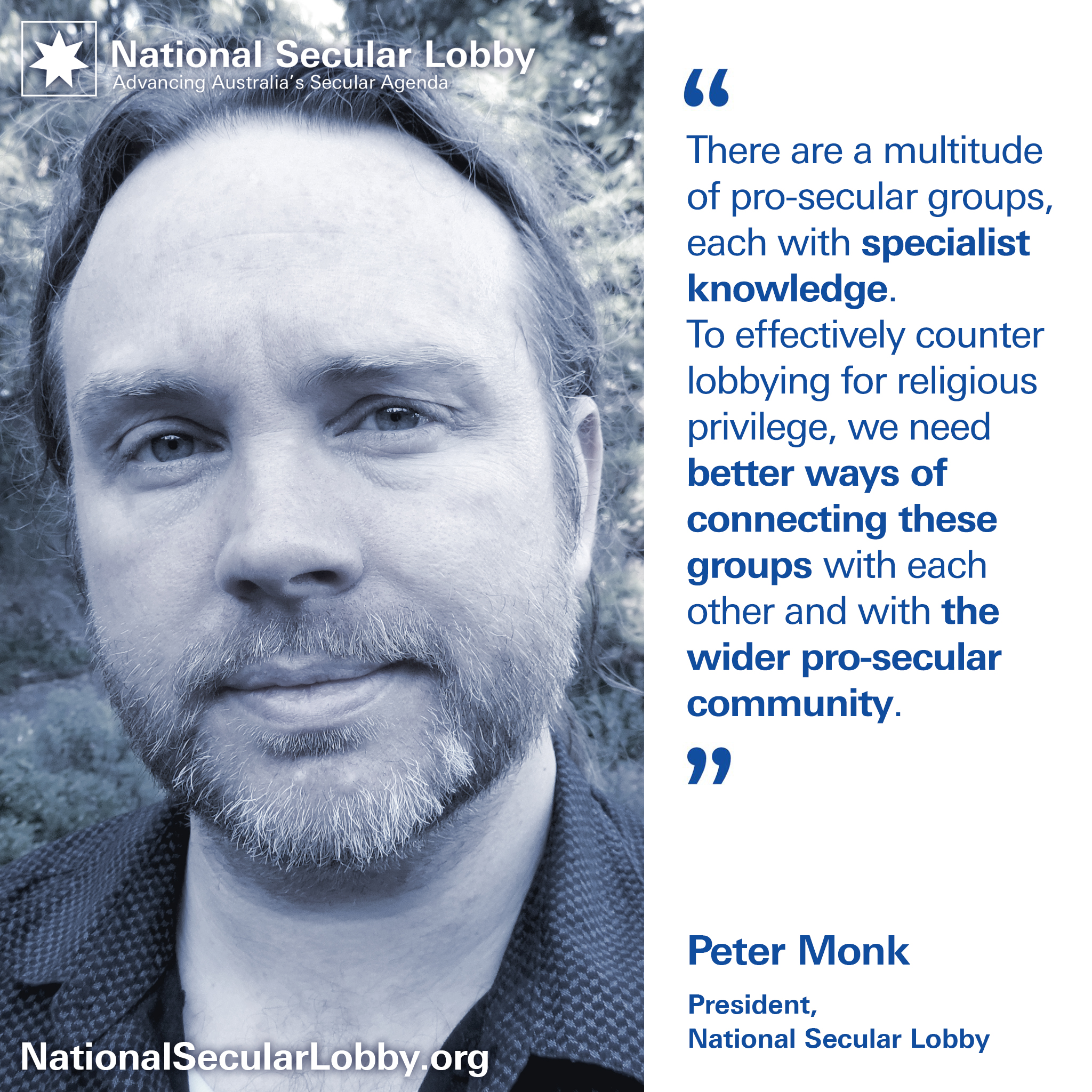