Today, we’re pleased to have retired Detective Chief Inspector Peter Fox join us for a brief Q&A on the issue of mandatory reporting requirements being extended to religious institutions.

To the ire of the Vatican, governments across Australia are now looking to introduce laws in response to the royal commission’s recommendation that the mandatory reporting requirement, in the case of suspected child abuse, be extended to religious institutions.

What do you think of the current status of mandatory reporting laws across Australia?

Mandatory reporting was a recommendation of the Royal Commission into Institutional Responses to Child Sexual Abuse. It is, therefore, disappointing that, years down the track, a number of states still haven’t supported that recommendation through legislation.

It’s all well and good for church leaders to argue confession has a right over any law made by government, but the royal commission was strong in its finding that a lot of the abuse occurred within religious institutions.

I encountered at least one incident during my policing career where a child was sexually abused during confession. And I have read accounts where that occurred regularly. Add to that all evidence of church leaders harbouring paedophile priests, despite their knowledge of the crimes against children, and moving those priests to new parishes, thereby facilitating the sexual abuse of even more innocent children.

In 2004, Queensland’s Father Michael McArdle made an affidavit declaring he went to confession 1500 times with 30 different priests over a 25-year period admitting to his sexual abuse of children. Not one priest went to police to stop his offending. McArdle was merely told to ‘Go home and pray’. How can any institution support this systemic failure to protect children?

Religious institutions often argue that mandatory reporting laws wouldn’t have any positive effect. What do you think about that view?

It is very hard to say that when what is being suggested is the situation where you have a child of eight or 10 years of age going to confession and saying that a particular priest or another person has abused them. If that was a school teacher, parent or family friend, then the first thing they would be doing is taking the child to get counselling or assistance and, also, taking them to see the police. We haven’t seen any of that in the Catholic Church.

How could a priest argue that they would not feel an obligation to go and tell the police? What church would make a law to keep that sort of thing in house? You don’t keep that stuff secret. For the Church or anyone to suggest that there are religious laws that say that reporting such things to police shouldn’t happen is just plain wrong.

Finally, what is your view of the general state of secularism in Australia?

I am a strong believer that there should be a greater separation between church and state. We elect parliamentarians. When we have politicians who hold strong religious or other beliefs, it doesn’t necessarily mean that their constituents are endorsing those personal religious beliefs. As those beliefs may not be a representation of the beliefs for many of their constituents who voted for them, then they shouldn’t allow those views to override their duty of representing the will of their constituents.

Peter’s book, Walking Towards Thunder, is being published later this month. 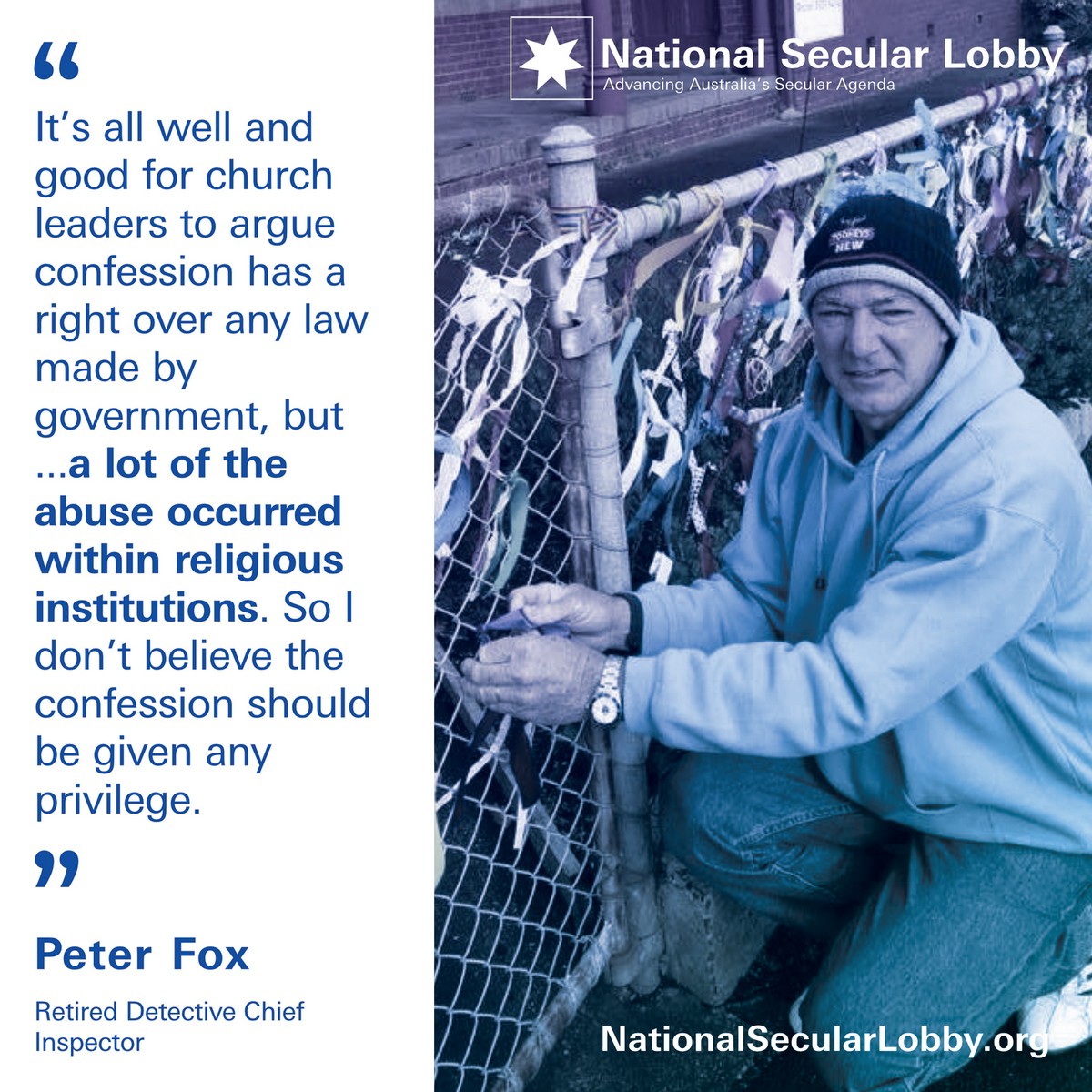