Queensland advocates of voluntary assisted dying (VAD) are now calling for re-elected Premier Annastacia Palaszczuk MP to follow through on her promise to legislate for the humane end-of-life option.

“It comes on the back of a great deal of work by lobbying groups who relentlessly canvassed all political candidates on their position on VAD and then published the candidates’ positions to allow voters to vote accordingly,” Tanya told the National Secular Lobby.

"The re-election of the government, together with the Premier's public commitment, ensures that the parliamentary process to legalise VAD will be introduced in parliament in early 2021.

“All VAD advocates look forward to the members of the new parliament using their conscience votes to reflect the views of their electorate, who have made their support very clear on this issue."

He praised the Premier for making the commitment and standing up to stiff opposition from religious-based lobbyists.

“When asked during the election campaign why she was 'picking a fight' with the churches by committing to VAD legislation, Ms Palaszczuk said that ‘at the end of the day, this is a choice for individuals’. And she was absolutely correct,” said Peter.

“If a person's religion teaches them that VAD is wrong, they are free not to participate in it. They have that option. But they should not have the ability to dictate the value choices of people of other faiths.”

“This funding is much needed. But there are always cases where palliative care is simply not enough. Australians should have the right to agency over their own lives. We should have the ability to choose our own destinies and we should not have our options limited by what other people’s faiths hold to be wrong or right.” 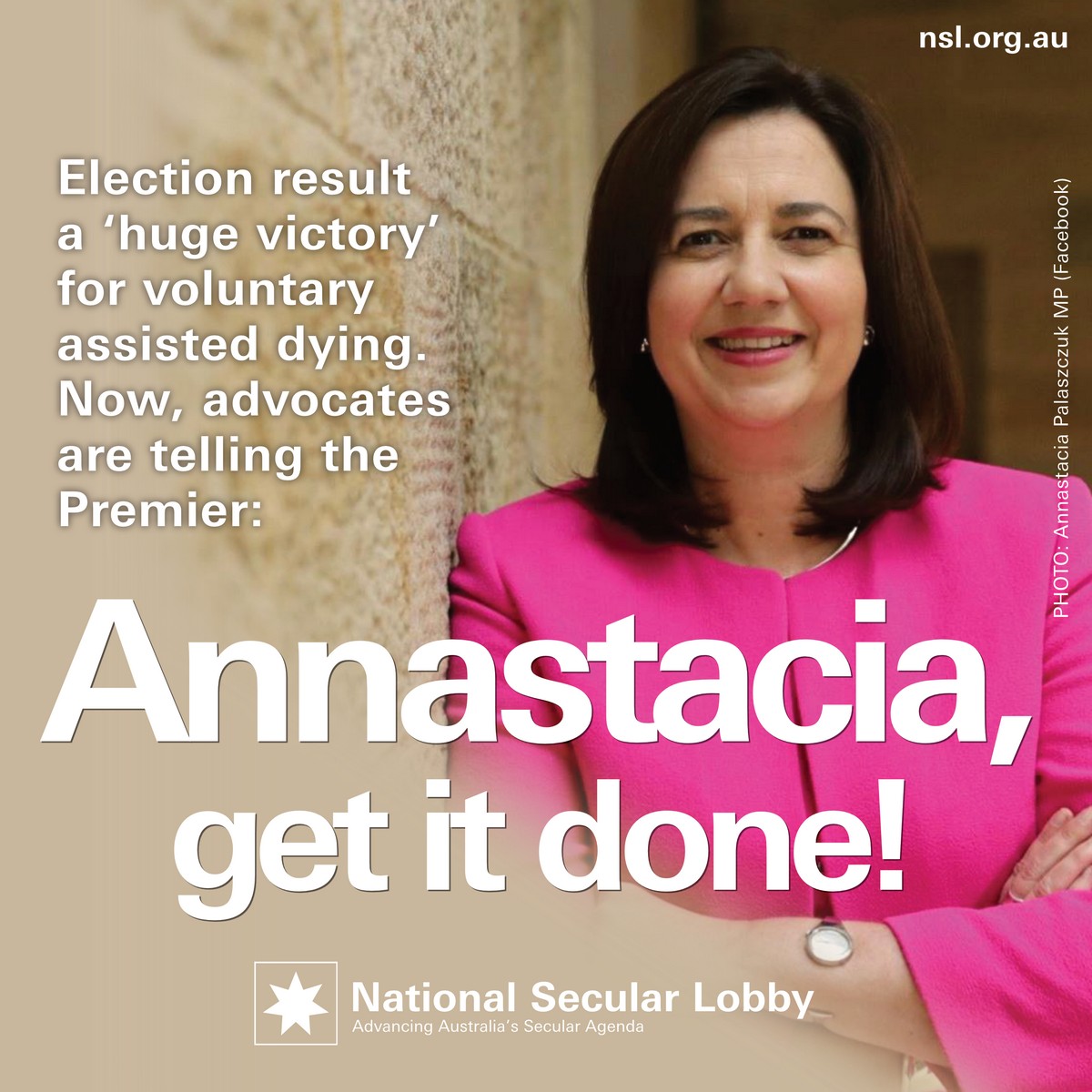