If we are to successfully put a stop to the federal funding of exclusively religious chaplains in our public schools, we need secular champions right across the community to speak out against the National School Chaplaincy Program (NSCP).

We’re pleased to see some of our Ambassadors taking the lead against this wasteful spending of taxpayers’ money -- $61.4 million in the new budget -- on such a discriminatory and flawed program.

In our media release on Monday, Jane Caro labelled the NSCP as a “blatant attempt” to force schools with diverse and inclusive communities to prioritise one religion over all others and none.

“It’s such a waste when you consider the desperate need for qualified school counsellors,” she said.

In the Victorian parliament, Reason Party Leader Fiona Patten is taking a legislative route to undo the discriminatory practices that allow hiring of only religious people to the federally funded chaplaincy roles.

“The hiring of public school chaplains flies in the face of equal opportunity law and the education department's own guidelines, which states that 'chaplains may be of any faith or of no faith',” she said.

“Despite this, almost all chaplaincy job advertisements for Victorian public schools require that the applicant is of Christian faith and provides a reference from a Christian minister, priest or pastor. It's time that changed.”

In a news report in The Age, constitutional law expert Luke Beck said it was outrageous for the Victorian government to be discriminating on the grounds of religion.

“The Victorian government’s own written policy rules say there should be no discrimination in the chaplains program and yet there is,” he said.

And today, David Zyngier appeared on ABC Sydney radio to discuss the ongoing funding for religious chaplains in public schools.

Watch this video for a brief history of the Chaplaincy Program and a discussion between Fiona Patten and Ron Williams, who successfully challenged the NSCP twice in the High Court. 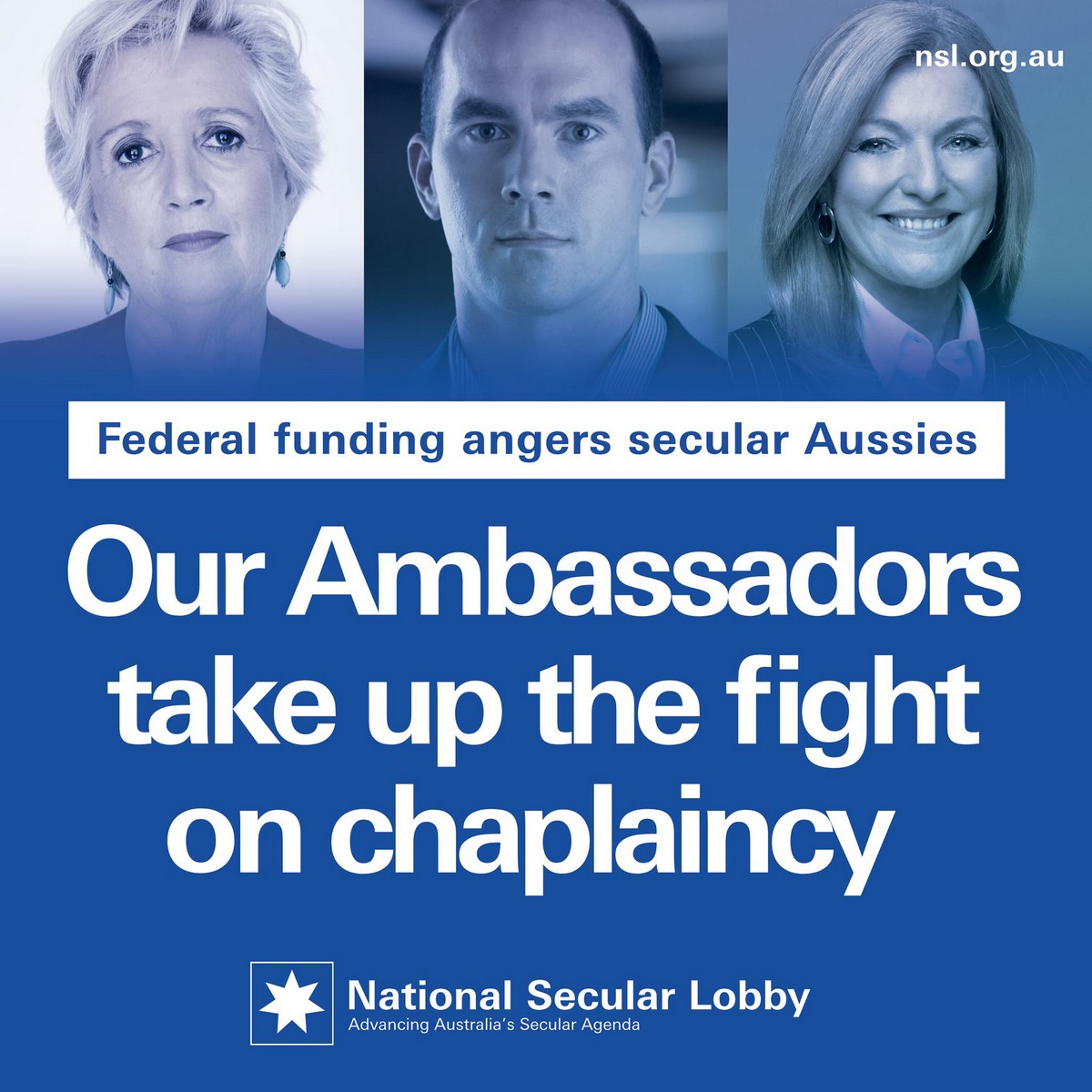