Will Attorney-General Christian Porter really ignore the widespread criticism of his Religious Discrimination Bill and go ahead and introduce it into parliament?

In the past week, we've seen more community groups, such as a faith-based coalition of community service providers in Victoria, come out and reject the draft bill, fearing the harmful effects it will have on the community.

The National Secular Lobby's Peter Monk says the community has overwhelmingly rejected the push to privilege the rights of religious institutions and religious people above everyone else.

"The Morrison government is so dead set on getting this into parliament that it's ignoring all the signs warning that this is a terrible piece of legislation," says Peter.

"They're being given the same view of this bill over and over again and they're ignoring what's being said.

"If this bill simply did what it said on the tin – protect against discrimination – it would be a no-brainer. Instead, it's an over-engineered attempt at granting a contrarian series of privileges that ends up failing to achieve anything aside from dividing our society along religious lines."

Despite all the criticism, the Attorney-General has signalled that he will begin a new round of consultations and then introduce it into parliament.

"The fact is, no-one wants this bill. The sooner it is dumped and an alternate solution sought, the better." 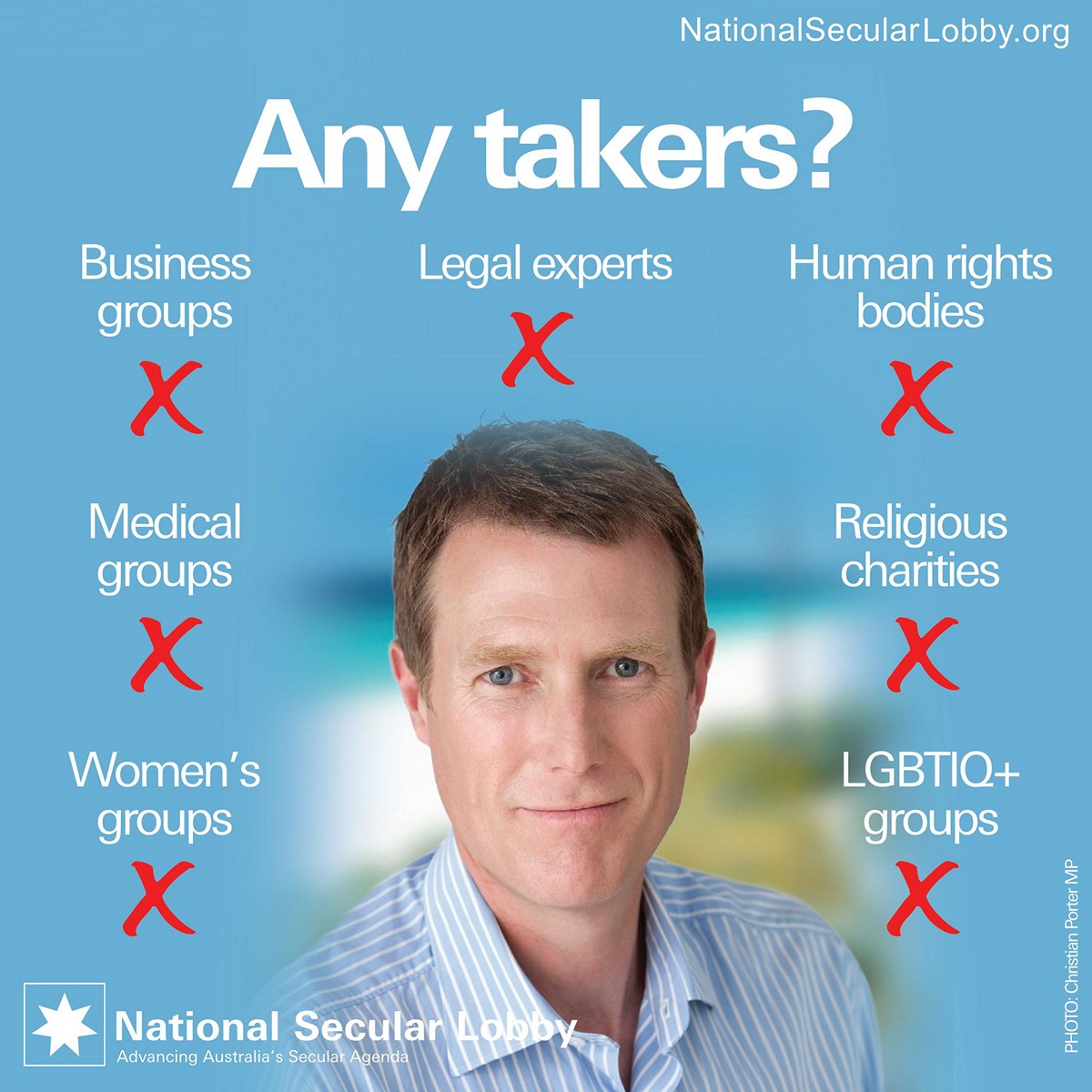