WHEN you’re listening to these ‘freedom of faith’ organisations and conservative politicians talking about religious identity and the balancing of rights and freedoms, this is what you need to understand: some of our characteristics or identity, such as skin colour, gender and sexual preference, are innate; others, such as political or religious belief, are acquired or maintained by our choices and rely on values and ideological content.

Innate characteristics are beyond a person’s control. They cannot be criticised for being good or bad. Therefore, they always deserve protection from discrimination. It would, for example, be absurd to praise or blame Martin Luther King Jr for being black or Margaret Thatcher for being a woman. There is no ideological content to their identity to assess or debate.

With ideological and value-laden identity, the situation is different. The most obvious example is political, in which you have doctrines, beliefs, values that have implications. For example, we could criticise Margaret Thatcher for her neoliberal political beliefs.

The crucial question for tolerance in our debate that we’re talking about here is: ‘Where does religion stand in relation to this divide?’ We would contend that it is just an ideological value-laden identity more akin to a political identity than to those based on race, gender or sexual orientation.

What really matters is not so much that the person’s particular religious identity is chosen but that it has ideological content in it and that content can be criticised.
When you’re looking at conflict between rights and identity, keep that in mind. It’s a useful way of prioritising what deserves protection from discrimination and what is open to criticism. Ask yourself: ‘Is there an ideological content in that identity characteristic?’

📣 Trevor is one of 20 people on a list provided to the ABC by the National Secular Lobby at the request of the broadcaster’s executive for more secular voices to be featured in ABC programming. Check out Trevor’s podcast here: https://www.ironfistvelvetglove.com.au/ 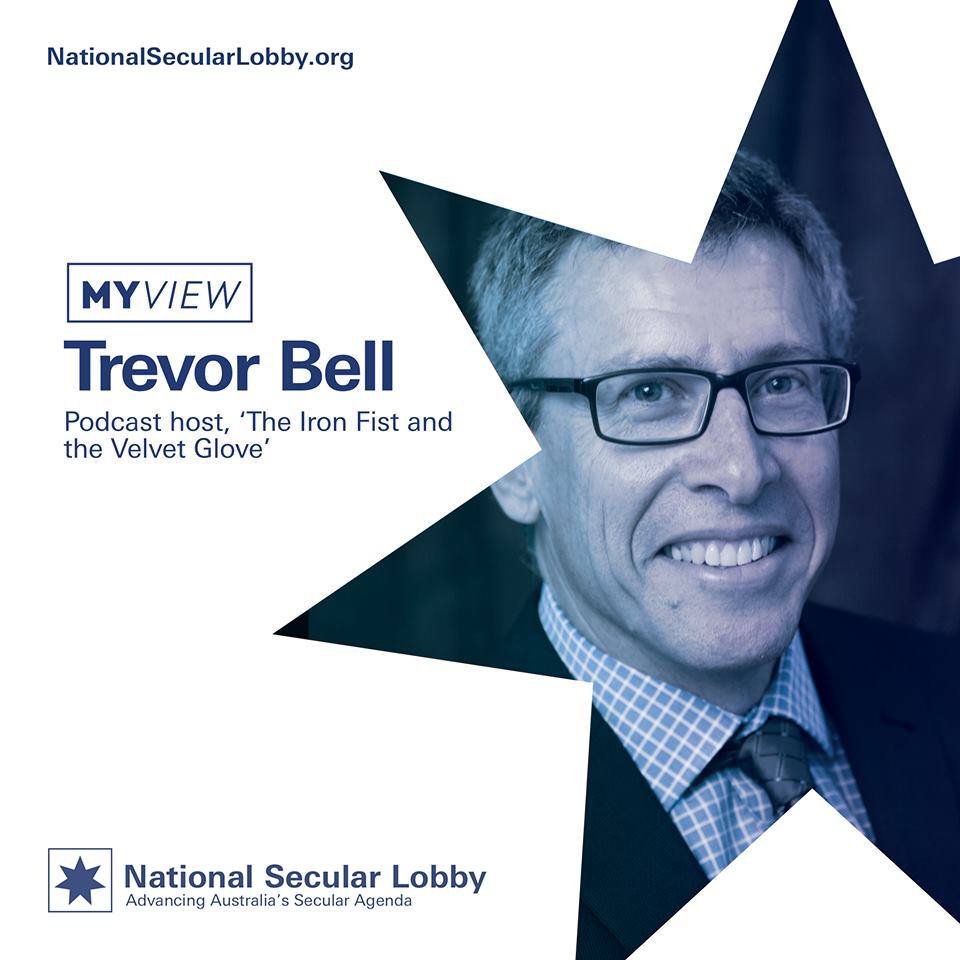