THERE is no crisis when faith-based cruelty loses its grip.

When the smoke is rising over oppressive arguments and defeated armies are in retreat, it seems like a crisis to some but to others it spells liberation.

Twenty years ago, a leading Australian bishop declared that the problem with which the Anglican church was unsuccessfully grappling was not sexuality but reality.
At the time, the church was fighting for the social steering wheel. Then it tried directing from the back seat; today it’s fighting in the boot.

The Archbishop of Sydney has declared a crisis in Australia because prejudice is losing its grip. However, in Africa and in other parts of the world where discrimination pumped on Anglican steroids is thriving (and putting the lives of LGBTIQ people at risk), all seems well from the vantage point of his bible-based Sydney pulpit.

There is no crisis when an unhappy abusive marriage finally ends. Divorce, unless you are a Sydney Anglican, can be a blessing for everyone. And even the neighbours will sleep more peacefully!

Clergy affirming equality have been hunted, gagged and thrown from the churches’ reversing vehicle, dwelt in closets and cowered in fear until released by retirement.

Today, we now have the spotlight of secular legislation searching the shadows of religious prerogative.

The Trojan horse of ‘religious freedom’ legislation, which would allow faith-based discrimination to ride roughshod over the lives of ordinary Australians, should be a scratching even if conservative religious groups are betting their last tax-exempt dollar on it being a winner. 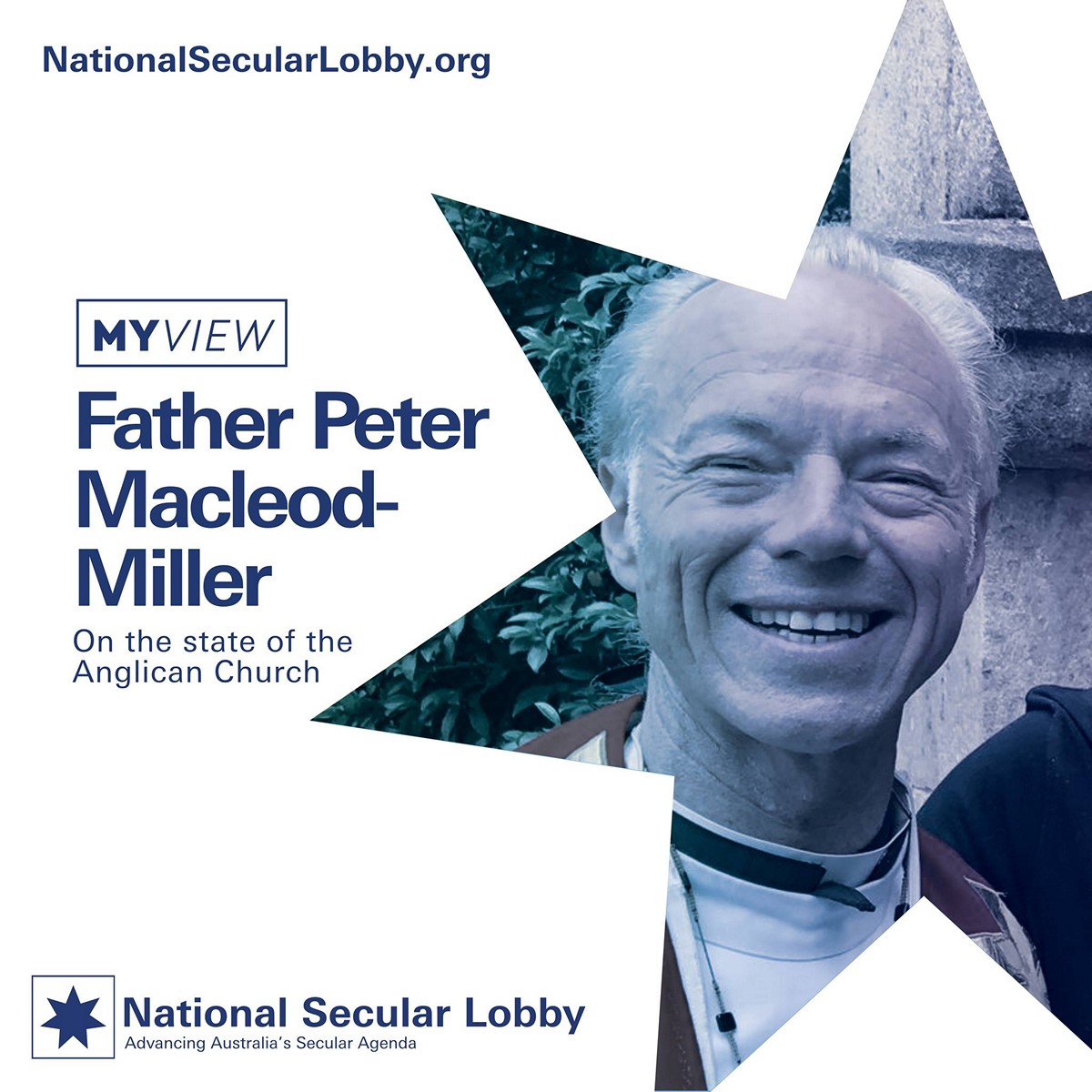