As Australians head to the polls this week, voters in two electorates will be in a unique position of being able to send a message to their sitting federal members. That message is: that they do not appreciate, and will not vote for, a politician prepared to allow their religious beliefs to overrule the electorate's clearly stated wishes.

These two members played a critical role in overturning the world’s first legislation that allowed a terminally ill person the option of a legal lethal injection. This ground-breaking legislation – the Rights of the Terminally Ill Act – passed the Northern Territory parliament in 1995 and came into effect in July 1996.

Although popular with the vast majority of Australians, the legislative initiative was bitterly opposed by those with strong religious convictions. In the federal parliament, these two backbenchers worked tirelessly to develop a strategy to destroy the Northern Territory law. In 1997, they succeeded. The Northern Territory law was then overturned by the federal parliament of Australia.

Twenty-two years later, these two are still there. They are still claiming to represent their electorate and seeking re-election in 2019. Current polling is showing that nearly 90 per cent of people in their electorates support the right of a terminally ill person to lawfully receive help to end their life, but neither Kevin nor Tony will accept this or modify their opposition. They maintain their fixed belief that to support such change is counter to God's law.

Australia deserves better than this. Religious freedom we can accept. Tony and Kevin can believe what they like. But, in their role of elected representative, they cannot be allowed to force their religious views down our throats.

Send a message this Saturday and, after 20 years, tell politicians like Kevin Andrews and Tony Burke to seek alternative employment.

Keep god out of our coffins and make Australia secular again! 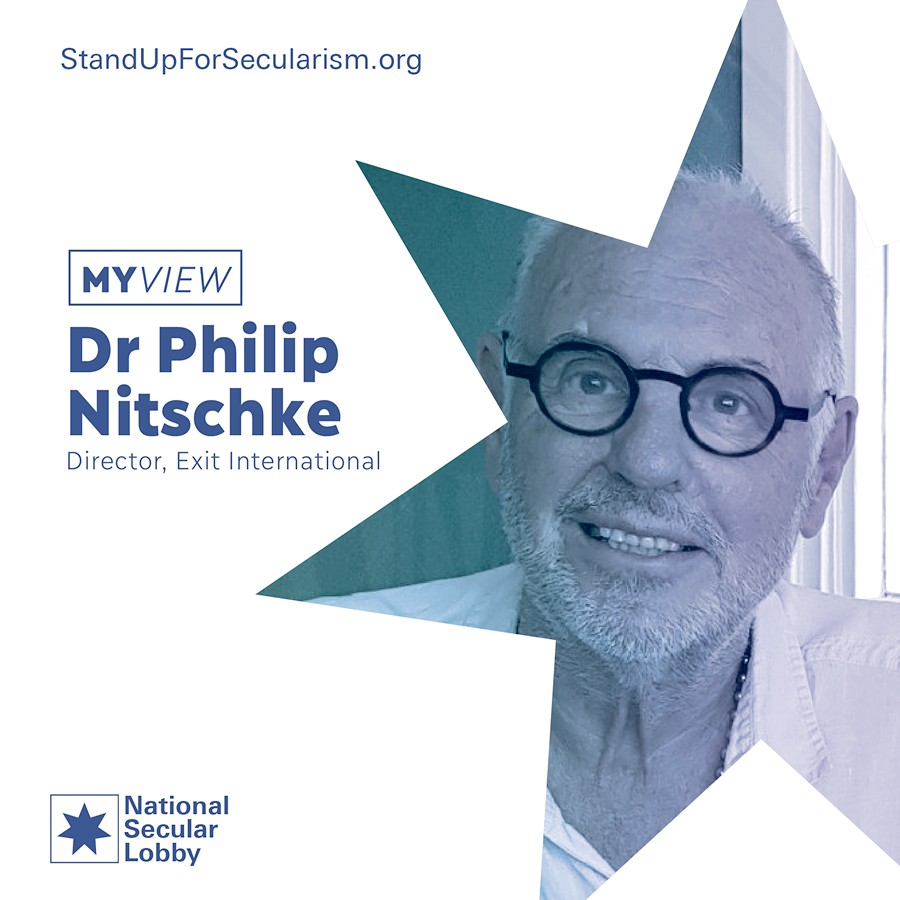