By Darrin Morgan, spokesperson, Fairness in Religion in Schools (FIRIS)

We do not believe that it is appropriate, in 21st-century multi-cultural and multi-belief schools in New South Wales, to allow religious groups into our schools to present materials to the students that the Minister for Education and the Department of Education have no control over.

None of the materials are approved by the minister. And we have that in writing from the Department of Education – that is, the minister has no authority over the content of the Special Religious Education (SRE) materials. So we just pose the question: how long is the minister prepared to allow that to be the case?

Regarding the action that I and the other parents making up Fairness in Religions in School (FIRIS) took recently in partnership with the Sydney Morning Herald in requesting enrolment figures for SRE under Freedom of Information (FOI) laws, the most important thing to point out is that this wasn’t the first time that this issue has been raised.

The FOI request that we submitted was done because the department had, for seven years, refused to act on the recommendations from parliamentary committees and an independent inquiry to collect actual participation figures and release these figures on an annual basis. So, at FIRIS, we thought that if the department wasn’t going to do it then we would do it ourselves.

It was not surprising to me at all to see the FOI data show low participation rates – as low as five per cent – in SRE.

In our experience at FIRIS, when principals follow the SRE procedures to the letter and ensure that they have the express consent from parents, scripture attendance figures plummet. At one high school, for example, the numbers fell so low that the SRE providers packed up and left.And that’s the problem with these high attendance figures that are quoted by the SRE lobby. In such instances, we would question whether the procedures and the proper enrolment process were followed.

Parents need to know what is going on in these schools. And they need to be able to make up their minds and to understand the cost. When we talk about the ‘cost’, it might not be in dollar figures. When only five per cent of students are in SRE, that means 95 per cent of the cohort of students are sitting idle. They’re not allowed to engage in formal curriculum learning. That’s the cost.

We want the department to collect the data and publish participation figures. We want to ensure that only students with expressed consent are in SRE classes.

We’ve already exposed the practices, for example, of Chatswood High School. On their SRE participation letter last year, they said that if the letter wasn’t returned then the children would be placed in scripture. That’s contrary to the department’s procedures. The department has, for too long, allowed schools to get away with practices such as this.

So any data that the SRE lobby throws back at us now is, basically, irrelevant because parents must provide written consent. That’s why we want the minister to do an audit right so to ensure that only students with expressed consent are in SRE classes. 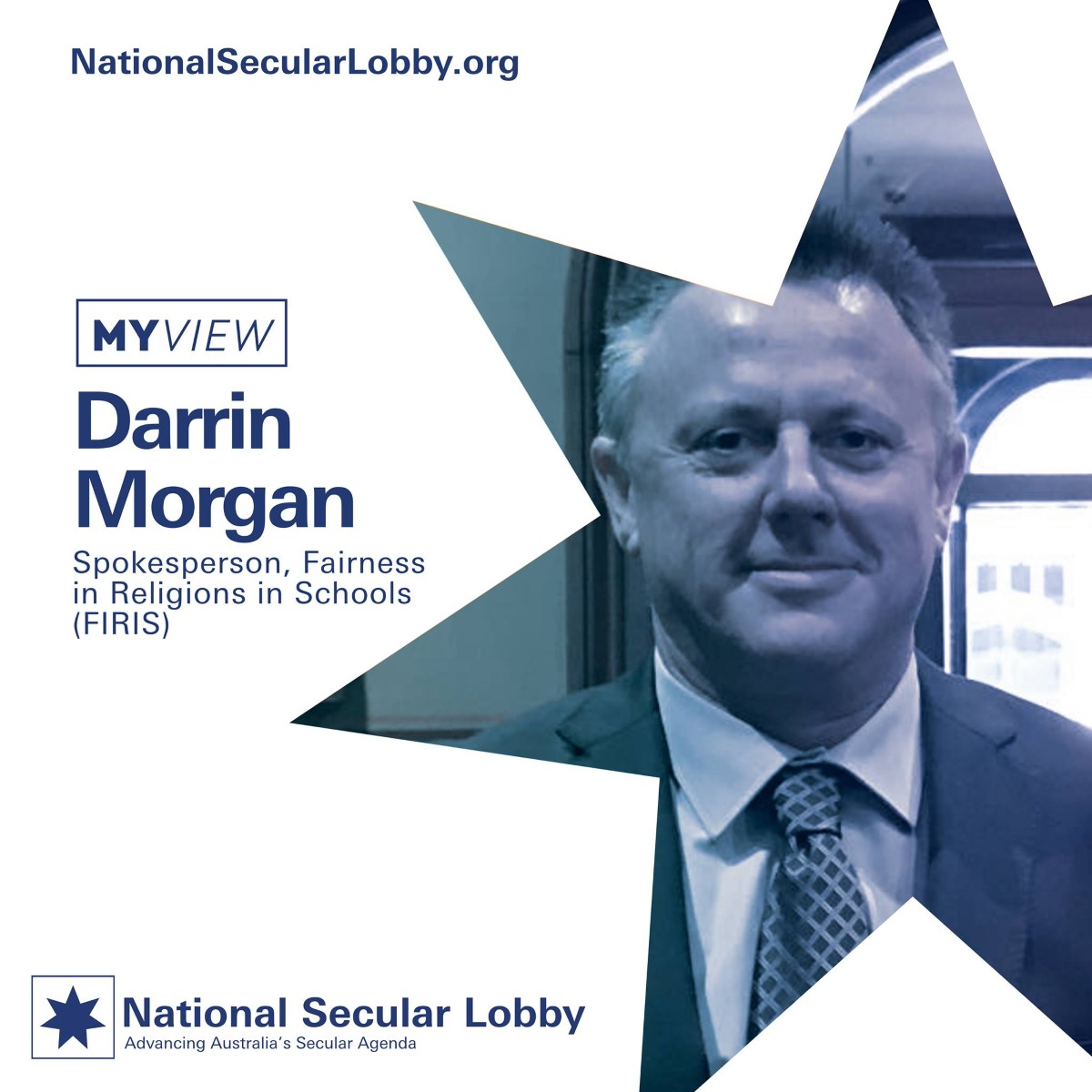