By Alison Courtice, spokesperson for the Queensland Parents for Secular State Schools

At the time, the population was mainly Catholic and Protestant Christians, making up about 84 per cent of the state’s residents. Families would take care of their own Sunday schooling and faith formation in their own time. When the kids were at school, the education they received was secular and religiously neutral. And it worked beautifully. Kids didn’t care who they played with or what religion their friends held. They were all just there at a public school to be educated by their teachers.

In 1910, that all changed. The Education Act was changed to allow two things – Bible readings by teachers in class time and the right of entry for religious organisations to come in and provide instruction of a particular religion to the children whose parents had identified them as being of that denomination.

As a result, Catholic instructors, for example, were able to come into state schools and give religious instruction to a Catholic child. The instruction was similar to what a child would have got at a Sunday school – that is, how to follow a religion. Children were divided along religious lines for the first time in their classroom.

One very determined Anglican minister, David Garland, was behind the drive to bring Christianity into state schools. He was an incredibly dedicated man and he was the architect of Anzac Day.

There was, actually, a non-compulsory referendum on the issue – or what would be called a non-compulsory plebiscite these days. Neither side of parliament thought that the people would vote for religious instruction and the Bible readings to be allowed in schools. The Labor party didn’t campaign strongly against it. They just said: ‘Don’t vote for it.’ And I think those in the conservative party weren’t too fussed, either. But they went through the steps and they let it happen.

Back then, far fewer people were enrolled to vote. Of the people that were on the enrolment register, 26 per cent of people voted in favour. But that was a majority of the people who bothered to vote. And it was then just pushed through parliament.

I often think that if we didn’t have religious instruction in our state schools today and somebody came along and proposed that we should have it, it wouldn’t be accepted. It simply wouldn’t pass the pub test.

NOTE: If you’re a Queensland resident concerned about religious instruction in state schools, please sign the Queensland Parents for Secular State Schools’ e-petition to the state parliament before the 15 September deadline: 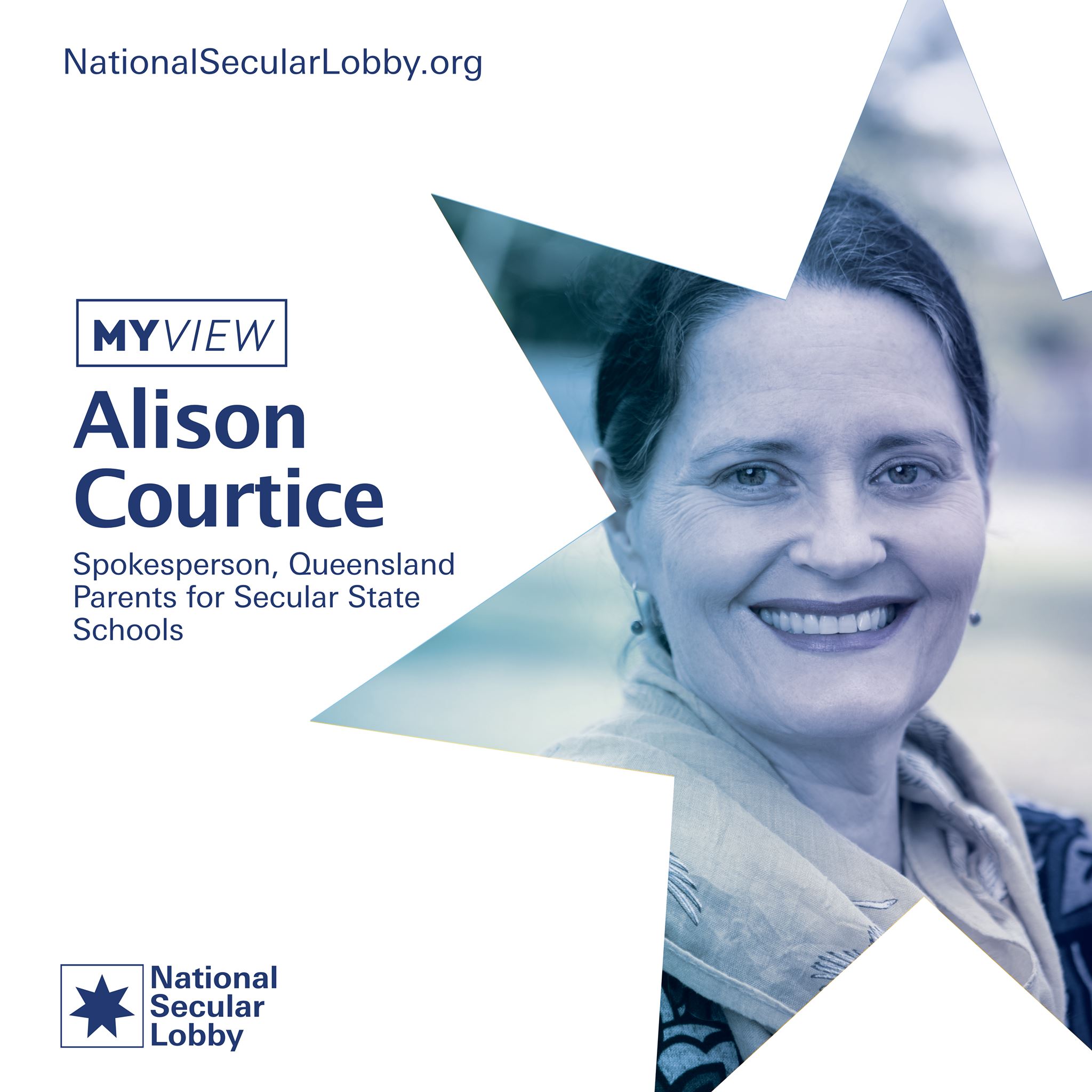