Sharlene Zeederberg has witnessed first-hand what government-sanctioned division does to a society.

As a child growing in apartheid South Africa, where segregationist policies were carried out by deeply Christian governments with the support of some of the largest churches, adults often justified the policy as the ‘divine will of God’.

Now, an Australian, she sees parallels in how the Morrison government is seeking to give religious institutions and religious people expanded privileges at the expense of everyone else.

“As someone who grew up with apartheid, Morrison’s right to discriminate under religious auspices bristles me with familiarity,” she says.

“The idea that religious belief justifies such behaviour is doubly horrifying. The world is replete with examples where religious belief gets a higher priority than human rights and where secularism is but a dream, and nowhere in those cases is the societal outcome positive.”

Sharlene is especially concerned about the likely negative impacts on women, who will face difficulty accessing reproductive services and gaining employment where employers have a religious objection.

“The scriptures are replete with stories and myths that reinforce the perspective that women are the property of men, the cause of sin and an inferior member of the human race. The proposed legislation will allow people to justify their misogyny and reinforce the entrenched patriarchy that still exists in our society,” she says.

“The idea that ancient texts...forged at a time of superstition and ignorance about the natural world should dictate our modern-day laws is deeply unsettling.”

Sharlene is calling for the Morrison government to uphold the principle of secularism to ensure all Australians have access to equal standing under the law.

“Only in secular societies is there space for all the vagaries and varieties of people’s individual faiths. And people should be entitled to their faith…but only when it doesn’t impinge on the rights and freedoms of others to practice their beliefs.”

We thank Sharlene for allowing us to use some of her comments from her opinion piece in The Big Smoke recently. Read the full article here. 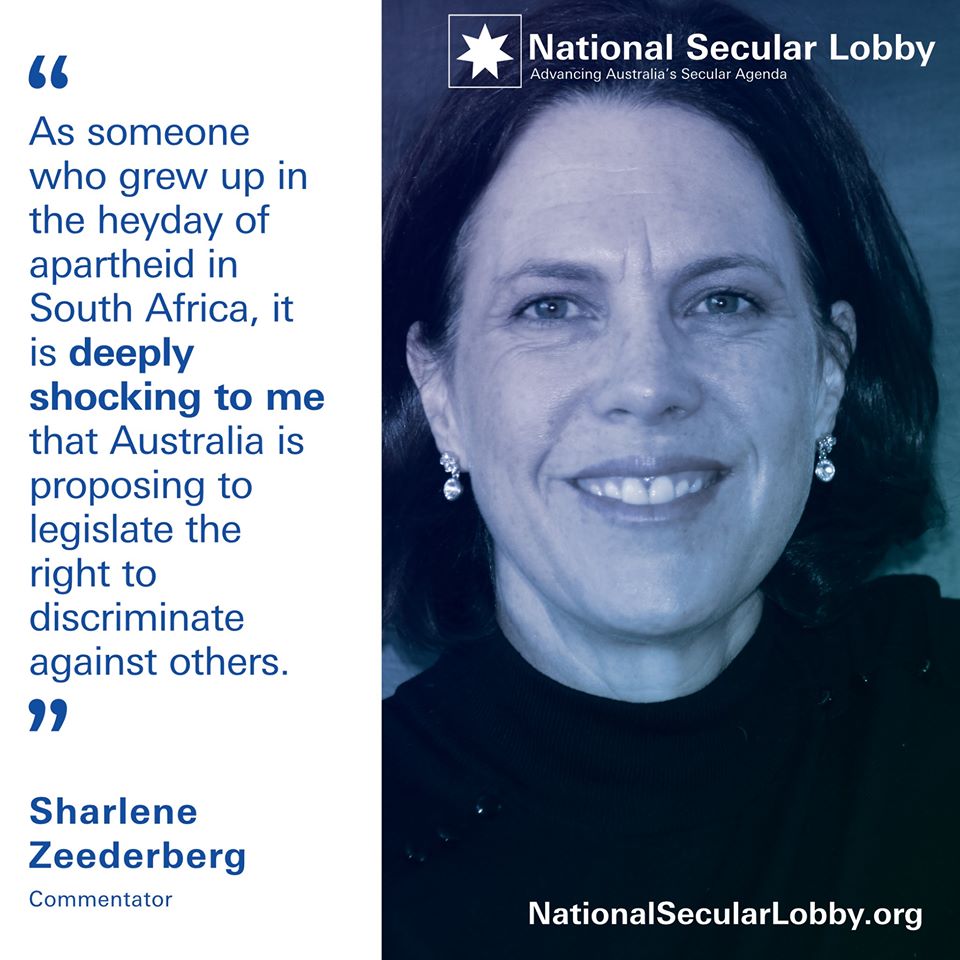