For Max Wallace, only in a 'soft theocracy' such as Australia could a bill like the Religious Discrimination Bill even be introduced and seriously contemplated.

Max, of the New South Wales Rationalists, is urging members of parliament to reject the bill, which is seeking to ring-fence religion from areas where national discrimination laws typically apply, such as in employment and education.

“If it is introduced into law, the bill will help to confirm that Australia is a soft theocracy where secular discrimination law can be used to privilege religious belief, particularly where it concerns issues the churches define as 'sinful' – gay marriage, abortion, assisted dying, sexuality outside the perceived norm of heterosexuality,” says Max.

Max argues that Australia is best understood as a soft theocracy, where religion is deeply intertwined in government legally, financially and symbolically. 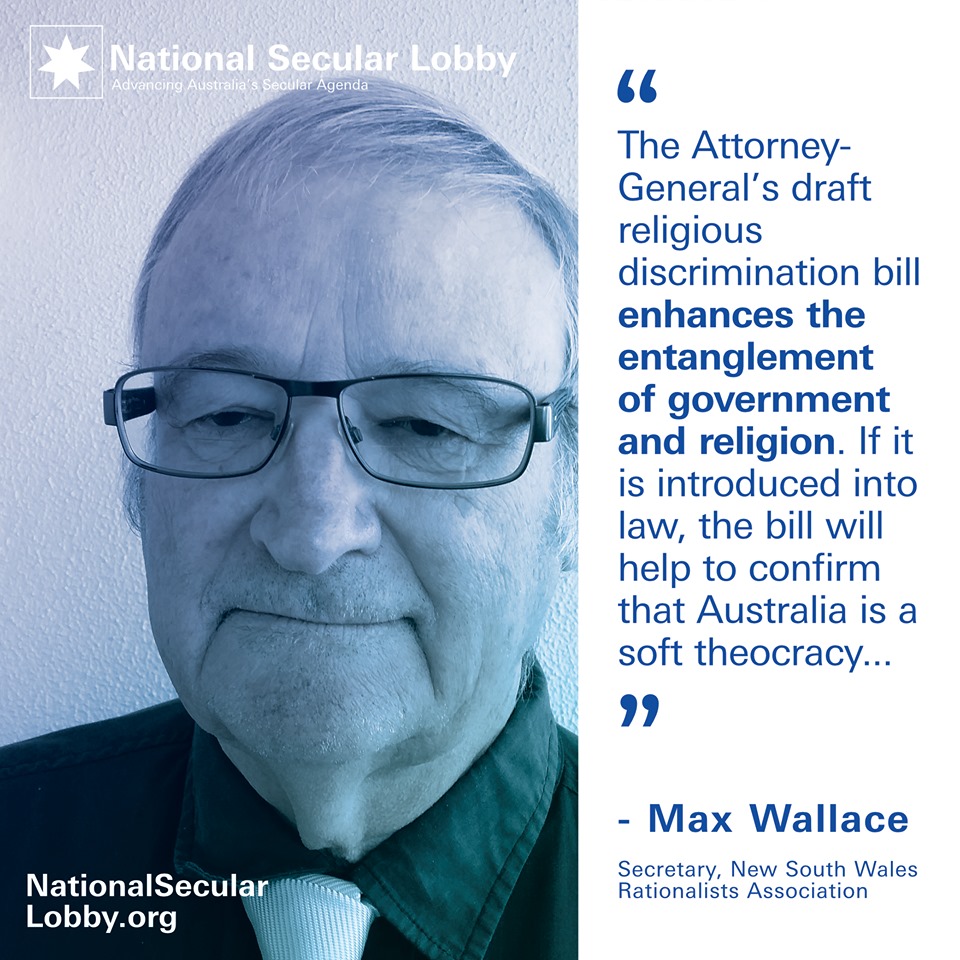