In his submission to the Morrison government’s proposed bill, Beck identified a number of “serious problems” that would arise from the definition of ‘statement of belief’.

In particular, he pointed to the positive right that would be granted under section 41 allowing religious people to ignore any other law that might prevent them from making a statement of belief. Also, he said section 8 would make unlawful any employee code of conduct that prohibited the making of statements of belief outside of work.

“The second way [it does this]...concerns the degree of the connection a statement must have with a person’s religious belief or lack of religious belief,” says Luke, who is an ambassador for the National Secular Lobby.

“For religious people...the statement need only satisfy the low threshold of being of a belief that ‘may reasonably be regarded as being in accordance with the doctrines, tenets, beliefs or teachings of the religion’. For non-religious people...the statement needs to satisfy the high threshold of being of a belief that ‘arises directly from the fact that the person does not hold a religious belief’.

You can read Luke’s full submission here on the website of our friends at the Rationalist Society of Australia. 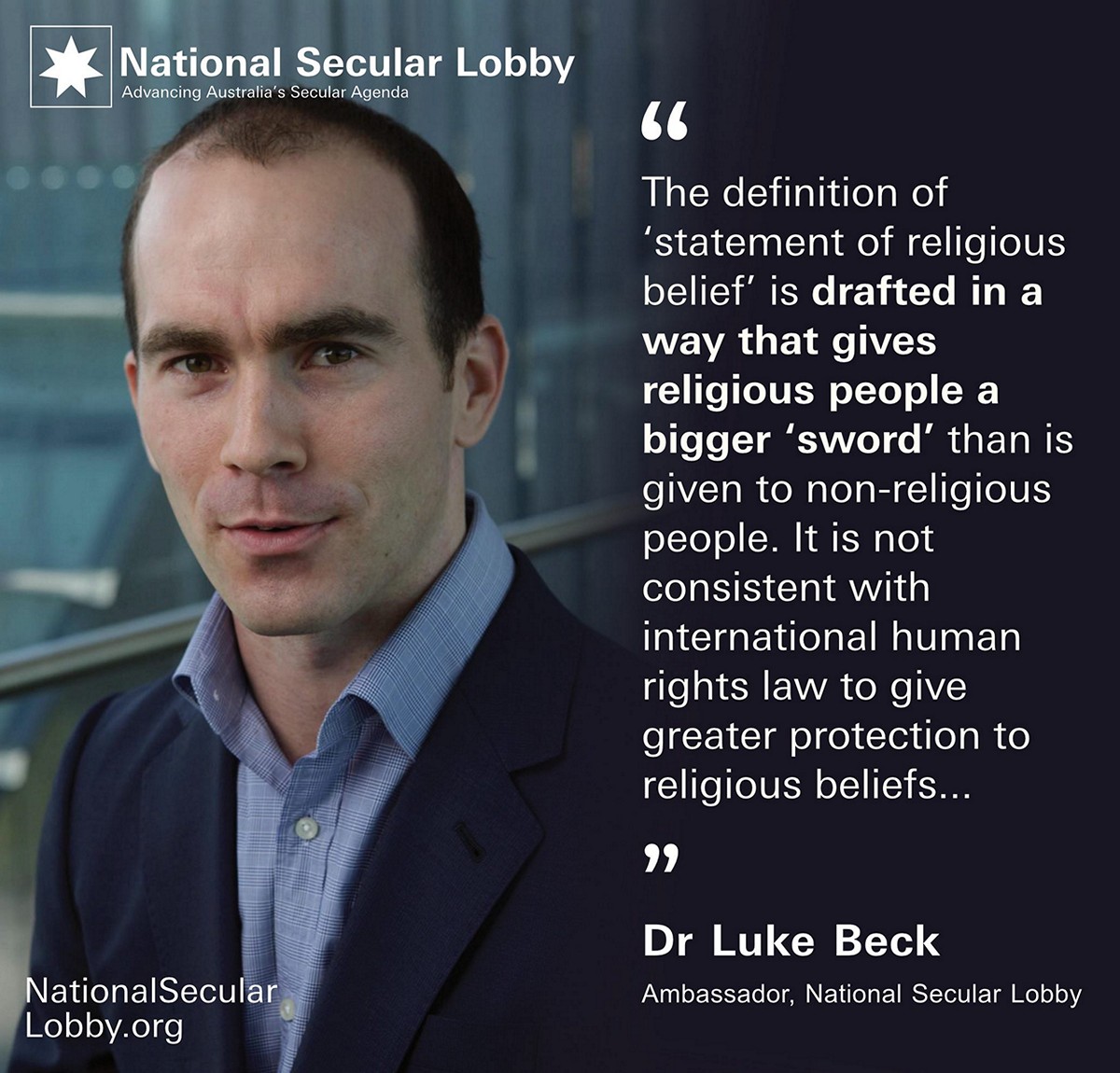