As you may be aware, Labor is holding day two of its Special Platform Conference today, and it seems like this might be an appropriate time to remind ALP senators and MPs that its support of discrimination doesn't mix well with their stated aim of achieving "an equal and inclusive nation".

Labor has stated that "all Australians should be able to go about their lives free from discrimination." But it seems this applies only to the faithful and not to humanists, rationalists, skeptics, atheists and many others.

Labor tacitly supports the upcoming Religious Discrimination Bill, which will further entrench the right of religious institutions to discriminate against those of different religions, the non-religious, and anyone else whose lifestyle or life choices may cause 'moral offense', such as LGBTIQ people, divorcees, unmarried cohabitants, women who seek or have abortions, and other groups.

This includes support for the right of faith-based schools to expel students for being gay, a right which both Liberal and Labor leaders pledged to remove in late 2018 but which still exists.

If Labor are serious about pursuing "an equal and inclusive nation," they cannot support a Bill that explicitly allows such divisive discrimination.

Please take a moment to write to ALP politicians and ask them to voice their condemnation of any Religious Discrimination Bill which condones discrimination. The purpose of such a bill should be to reduce discrimination, not increase it.

More information on the effects of the proposed Religious Discrimination Bill can be found on the website of #DontDivideUs, a joint information campaign being run by a group of pro-secular Australian groups including the NSL. 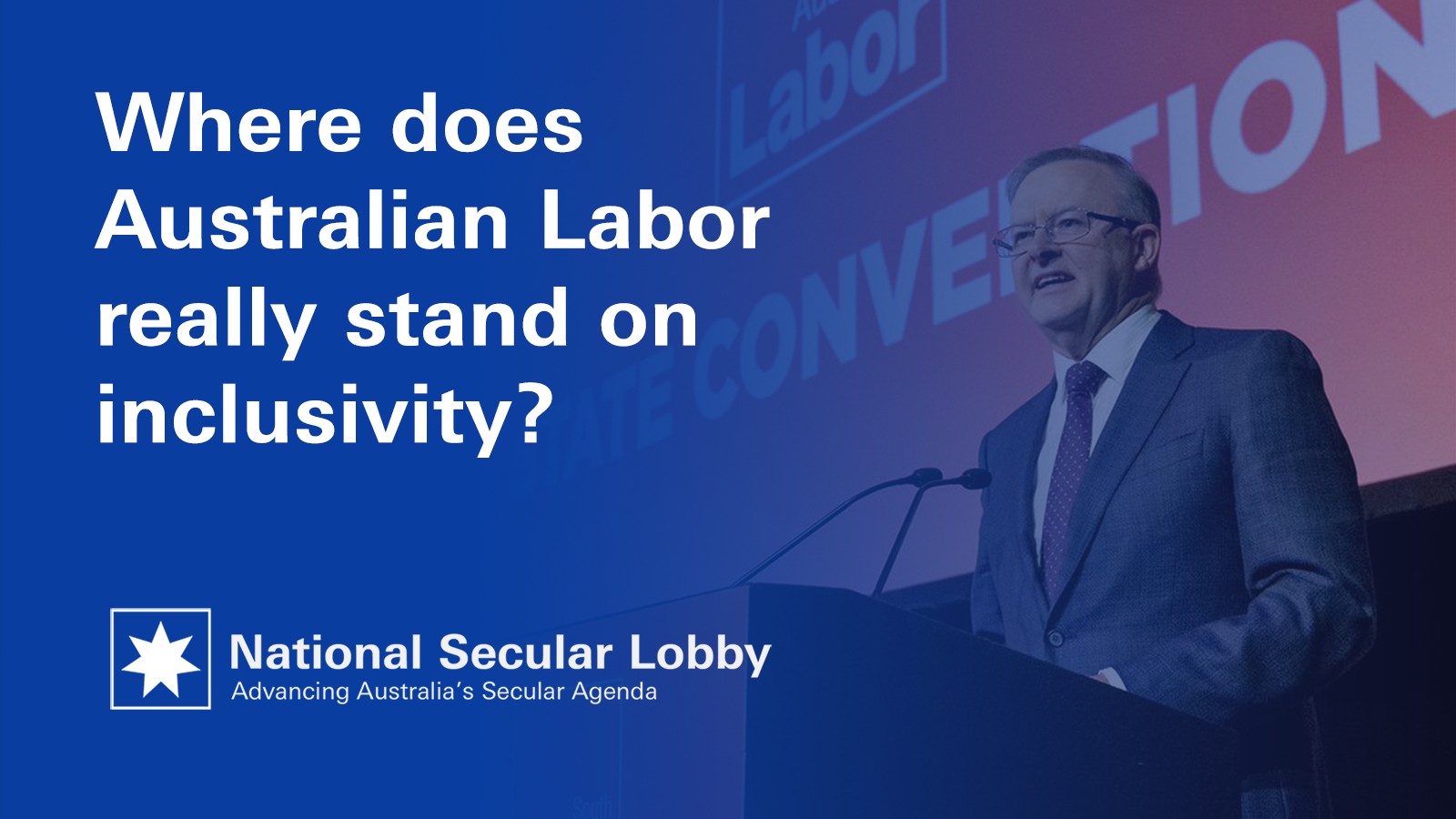